By playing citizen science games like Phylo, Colony B and Borderlands Science, people can join scientific research projects by completing simple activities in their free time. 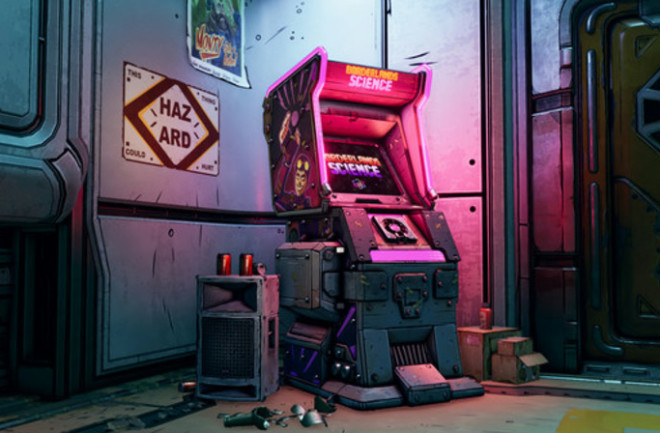 Citizen Science Salon is a partnership between Discover magazine and SciStarter.org.

In today’s world, computers both big and small produce vast volumes of data in record time — millions of trillions of bytes worth. It’s so much information that researchers can’t properly analyze all the data produced, and the overload can also lead computers to make mistakes. That’s why researchers are increasingly turning to citizen scientists — members of the public who are willing to volunteer — to help them make sense of data when computers can’t.

Through citizen science, researchers engage the public in gathering and analyzing scientific data. By gamifying their projects, scientists can keep volunteers engaged and having fun as they work.

That’s why researchers at McGill University in Montreal created a citizen science game called Phylo in 2010 to solve inconsistencies in computer analysis. In this game, people compare DNA sequences from 44 vertebrate species to find the faults of a computer program typically used to align DNA sequences.

DNA contains information to create all the molecules needed for a living body to function. But DNA is a long molecule, which makes it difficult to find areas of similarity between organisms, so scientists usually turn to a sequence alignment program for help. However useful this program is, it can create inconsistencies in the sequence alignments that can only be resolved by humans looking over the data.

Computer scientist Jerome Waldispuhl quickly realized that aligning DNA sequences is a difficult task for a computer to do alone. And beyond the clear need for human help, Waldispuhl in general believes that gamifying citizen science projects can “empower the people by showing them that they are capable of doing things that they [thought] weren’t possible.”

So, in 2009, when Waldispuhl became a faculty member at McGill University, he got to work on Phylo. The game launched in November 2010 and since then, more than 350,000 people have participated in Phylo and found around 1.5 million solutions to inconsistencies in DNA sequence alignments. A decade later, the project is still active, but it is gradually becoming more of an educational tool, Waldispuhl says.

In the game, participants line up sequences of shapes that are different colors. By manually aligning the sequences, participants can fix errors that the computer program may have made. Through correcting the errors, participants aid in comparing genomic sequences of different vertebrate species, discovering evolutionary relationships between organisms and understanding how genes function together.

Colony B can be played on a mobile device and offers a leisurely way to contribute to scientific research. (Credit: Citizen Science Games)

Similar to Phylo, Colony B also began as a solution to a machine learning problem. In this case, the problem was clustering — or the grouping of data points into distinct, meaningful categories. No specific method can use a machine to predict when and why clustering occurs, so once again, human help is needed.

The same McGill University researchers who created Phylo developed Colony B, but this time in collaboration with two other citizen science efforts: the American Gut Project from the University of California San Diego and Massive Multiplayer Online Science, a platform connecting science and gaming.

To develop Colony B, people from all over the world sent their stool samples to UCSD for analysis. From the samples, the researchers identified all the various microbes present in the human gut and gamified them to create Colony B, opening the door to citizen scientists.

In the game, players circle clusters of bacteria. The faster they do this, the more points they get. Each particle in a cluster represents one person’s gut microbiome data, and clustering lets researchers group people with similar gut microbiome data together. Because the microbes in our gut microbiomes are influenced by our habits and health, researchers hope they can use clustering to discover which specific habits lead to certain microbes causing health problems.

Colony B is still an active research project, and through this online game, researchers hope to gain a better understanding of how lifestyle choices affect our health through the microbiome.

Borderlands Science is a slightly different citizen science gaming project. It’s not as obvious that players are aiding scientists as they collect weapons and shoot their enemies, but the game was still created to harvest data for scientists to analyze. However, unlike other citizen science games, Borderlands Science exists inside the already existing popular video game franchise, Borderlands.

Attila Szantner, Waldispuhl’s research partner and the founder of Massive Multiplayer Online Science, started working with citizen science around five years ago. “We came up with the idea to take citizen science microtasks and integrate them with the already existing video games as a seamless gaming experience,” Szantner says.

People love to chip in and help research, but they find that many citizen science tasks are boring and repetitive, Szantner says. His solution? Adding entertaining aspects of gaming. “We managed to put the layer of, sort of, game design magic on it,” Szantner says. “And that makes us carry out this stuff voluntarily, happily and tirelessly.”

It took five years of work before the team could launch their citizen science project within the Borderlands 3 game, but all their hard work paid off. When Borderlands 3 was released in 2019, it sold five million copies within the first five days of its release and eight million by the end of that year.

“We managed to set up a really interesting unique project, a very enjoyable mini-game inside the Borderlands universe, ” Szantner says.

Borderlands centers on the discovery of a new planet called Pandora. The world is rich in minerals, and corporations send colony ships with people to harvest it. Players can play the game as “Vault Hunters” and complete quests that let them explore Pandora and gain in-game currency.

Similar to Colony B, scientists sequenced DNA from human stool samples to create this game. The DNA sequences were then broken down into a puzzle that can be solved by gamers.

Within the Borderlands 3 universe, players can explore “Doctor Tannis’ infirmary” and find a Borderlands Science arcade game. Then, they organize different tiles in the mini-game into their correct rows based on color. By completing a level, they find matches in DNA sequences from the gut microbiome.

It seems like simple fun, but players are actually providing data about the human microbiome and helping researchers understand what factors affect the gut and lead to specific health conditions.

Sometimes, contributing to breakthroughs in science can be as simple as playing a game.