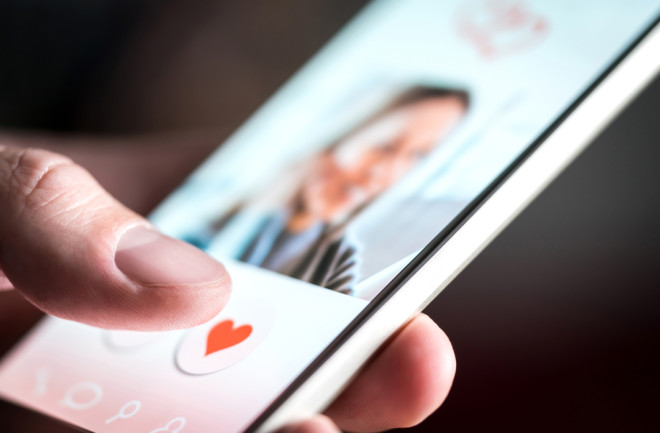 In January 2020, not long before the COVID-19 pandemic swept through most of the world, reducing our social and romantic lives to on-the-web (mis)adventures, Dante, 27, downloaded Tinder, Bumble and Hinge, the three dating apps his friends recommended. Dante wanted to meet people, have fun and “wasn’t trying to look for quick hookups.”

In a span of a year, Dante had gone on more than 60 dates, with varying degrees of success. To some of his dates, he never texted back (“The vibe just wasn’t there.”) Later on, he was “ghosted” when his Hinge girlfriend of two months cut all communication with him without ever explaining why. Alas, he was also catfished, when he discovered another date was using photos from five years ago. “I didn’t even recognize her!” he says.

As described by a scientist at Kinsey Institute for Research in Sex, Gender, and Reproduction, internet dating is the one of the most significant events in the evolution of human reproduction in human history (second only to that time when Homo sapiens became a non-migratory species, something like ten thousand years ago). And according to a Stanford study, in 2017, about 40 percent of heterosexual couples and 60 percent of same-sex couples in the US met online. That makes online dating the most common way that American couples now meet, even before social distancing-related spikes in dating app signups happened.

Elizabeth Timmermans, a Belgium-based researcher and an author of Love in the Age of Tinder explains that online dating dates back to the 90s and rise of the internet. “It was reserved for geeky people who had a computer, and you had to be at home behind these huge screens that you couldn’t take anywhere,” Timmermans says. “The chances were high you were chatting with someone living on the other side of the country, or even the continent.”

The first location-based apps changed that. Grindr was launched in 2009, and it helped single, often anonymous gay men link up by searching for other active users within a specific geographic radius. Then, with the launch of Tinder in 2012, smartphone-owning people of all sexualities could start looking for love, or sex, or casual dating in their area, and it quickly became the most popular platform on the market.

Today, there is no shortage of dating apps available. The most notorious hookup app, especially among the younger folks, remains Tinder, with its popular “swiping” feature: online daters use right or left swipes to “like” or “dislike” photos of other users (if each of you swipes right on the other person — it’s a match). Tinder now reports 1.6 billion swipes and 26 million matches a day.

Bumble is America’s second favorite app, and its swiping feature comes with a catch: Anytime there’s a match, only users who identify as women can text first. Some apps like Hinge removed the swiping feature entirely, and instead, users spark a conversation with a person of interest by liking their photo or commenting on a prompt in their profile, such as “a life goal of mine” or “the most spontaneous thing I’ve ever done.”

The dating apps Plenty of Fish, Match.com and OKCupid are also among the 10 most popular in the US and are commonly thought to be more romance-friendly than Tinder. Then there are Senior People Meet for those finding love later in life; FarmersOnly for the countryside romance; Raya for celebrities; the infamous Ashley Madison for affairs; and Marry Me Already, presumably for those who have grown tired of the dating scene, virtual or otherwise.

But experts warn that although the number of dating apps increases, our ability to have meaningful romantic interactions online might not be as quick to adapt.

Why Can’t I Find a Date Already?

Design is an aesthetic property of an object that implies its function. A door tells you how to use it by the way it looks; there’s a knob that you can push, pull or turn. And with dating apps, too, the design helps people interpret how to use it. The built-in properties of Tinder and other apps makes it easy for users to spark a conversation — but just as easy to never follow up, or “ghost” a person, explains Timmermans.

In her research on Tinder, Timmermans asked anonymous survey respondents about how they use the app. “Losing all contact with the person of interest has become so normalized that most of the respondents wrote that ‘ghosting is a part of online dating,’” says Timmermans.

Studies have shown that social rejection of any kind activates the same pain pathways in the brain as physical pain (according to some studies, the pain it causes can be treated with Tylenol), which is why the “it happens” way of thinking might not work with those who experienced multiple instances of their dates going ghost. And without a mutual social network tying two strangers together, it's become much easier to just drop everything and vanish without any consequences.

Sophia, 27, has been using Hinge and Bumble for three years, and says that for her, getting matches is easy. The hard part? “The annoying small talk.”

“Don’t ask me what my favorite color is because I’m going to ghost you,” says Sophia.

And going “Casper” is made easier with a seemingly bottomless list of potential matches on the apps that can make it seem as if there is always someone better than the current date. If you detect a flaw (no matter how minor) that makes you suddenly lose interest, there are still plenty of suitors awaiting in your phone.

“The more options you have the more superficial your criteria will be,” says Timmermans.

The bounty of dating options, complete with bright lights, loud sounds, and zippy little graphics, makes the apps feel a lot like playing a game. In fact, dating apps involve areas of the brain that make them into a kind of sport, releasing endorphins with each match or a text notification.

Since users don't know which swipe will bring the reward of a match, apps like Tinder use a variable ratio reward schedule, which means that your matches will be randomly dispersed. It's the same reward system used in slot machines in Las Vegas, and even during animal experiments where researchers train pigeons to continuously peck at a light on the wall.

Dating sites are in the business of keeping users swiping, looking at their advertisements (on Tinder, you might accidentally swipe right on an ad), and paying monthly fees for extra features that should supposedly make finding matches easier, such as Bumble Boost (which costs up to $25 a month and adds 24 hours to the time users have to break the ice with their match).

In the midst of the swiping fever in 2015, Tinder began to limit the amount of daily right swipes to 100 for users who don't buy into their premium service, TinderPlus (up to $30 a month). But according to a study by Norwegian University of Science and Technology, most users are mostly-just-swiping, and only 50 percent of Tinder users have actually met one or more of their matches. In fact, Timmermans says the number-one reason her respondents cited for why they use the apps was to “pass time.”

Sophia says that for her, swiping works as a temporary relief from self-doubt. “Sometimes when I’m drunk or in-my-feelings, I like to swipe, and it makes me feel better,” she says. “Seeing someone matched with you or sent you a compliment boosts your self-esteem, if nothing but for that short moment.”

But a fast track to confidence that the apps offer doesn’t last, and some users, like Dante, feel overwhelmed after months of swiping and messaging. “It got to a point with dating apps where I was just burned out after a year. It started to feel bad, like I was doing something wrong,” he says. “Because after a thousand matches, after a thousand convos, I stopped putting in any effort.”

According to Pew Research Center, larger shares of Americans who are currently using dating sites or apps or who have done so in the past year say the experience left them feeling more frustrated (45 percent) than hopeful (28 percent), citing among other things lack of personal and emotional connections, safety concerns, focus on hookups and “too many options.”

But there is hope. Amanda Kusek, 33, met her boyfriend Frank on Tinder in 2015 — he was her first date on the app (she only ever had two dating app meetups). “The thing that was attractive about Frank was that we chatted for a bit and then he was like ‘let’s meet in person’ right away,” says Kusek. “I had so many convos that dragged for so long. But why wouldn’t you just want to take things off the app?”

In August 2020, Kusek proposed to her boyfriend on the balcony of her mom’s house in Connecticut. “In a weird way, we’re proud of how we met. My mom even bought us a pillow that says, ‘We Met on Tinder.’”

In 2012, researchers from the University of Chicago found that online couples have lower divorce rates than the partners who meet offline. They also found that more anonymous online communications produced greater self-disclosure — and stronger feelings of affection — than face-to face communications, laying the foundation for more enduring relationships.

“Research has shown that we are able to build relationships with each other based on online interactions only,” says Timmermans. “In fact, online, people have a tendency to share more intimate details than IRL [in real life].”

Hayley Quinn is a London-based dating coach and says that even a simple change of attitude can drastically improve people’s online dating experience. “The apps reflect human behavior,” says Quinn. “If you start with a mindset that no one wants anything real anymore, that’s going to be your story there. You need to increase your own motivation to engage with these platforms meaningfully.”

Quinn suggests her clients devote a time in the day for using the apps instead of “swiping while watching Netflix,” and optimizing their dating profiles so the photos are well-lit, captions non-generic, and the opener messages specific to the person they matched with. (No hi’s or hey’s!)

Meeting your partner online might be different from the classic rom-com meet-cute that ends up with a suspenseful airport chase or a whimsical kiss in the rain. But it’s far from being romance-free.

Rachel, 26, knows multiple people who have met their long-term partners online. “I have a friend who met her husband on Hinge. But when she tells people about how they met, she doesn’t just say it was ‘on the app.’ Instead, she says ‘As I was swiping on the profiles of hundreds of guys a day, he was the only one who stood out.’ I mean, when you think about it, what are the odds of that happening?”