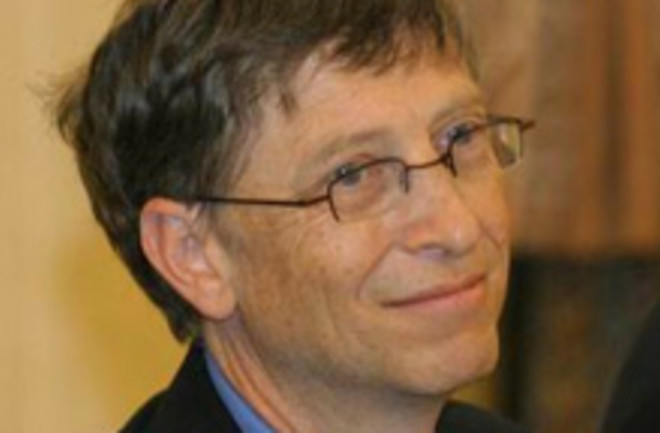 Let's give Bill Gates some credit: Retiring from Microsoft with all the free time and money in the world, Gates could have launched any number of Montgomery Burns-ian schemes for world domination. Instead, the multi-billionaire went the philanthropist route, becoming one of DISCOVER's 10 most influential people in science through the health work his foundation funds. But a tinkerer is never done tinkering: In the last year Gates has patented an anti-hurricane device, given a few million dollars to fund geoengineering research, and then this week went public with his newest project: small-scale nuclear power. A Gates-backed start-up company called TerraPower in talks with Toshiba

to develop traveling-wave reactors (TWRs), which are designed to use depleted uranium as fuel and thought to hold the promise of running up to 100 years without refueling [FoxNews.com]

. TWRs, which scientists have been playing with on and off for decades, need enriched uranium to get going, but are advantageous because they can use normal or even depleted uranium once the fission reaction is underway (and depleted uranium is something the United States has in great quantity). The technique requires bombarding uranium with a neutron to convert it to an unstable form of the element, which decays into neptunium and then fissile plutonium.

Toshiba's already been working on mini reactors that run for about 30-40 years, and they believe that about 80% of the technology used in those can be used in the traveling-wave reactors [DVICE]

. One of the challenges, though, is that if you're that efficient at burning fuel, you need materials that can withstand that many years of constant radiation. TerraPower has completed the conceptual designs for both small units that produce electricity in the hundreds of megawatts, and a gigawatt-sized reactors that could power a city. But that's the drawing board.

In other words, this is very early days. And as with any new energy technology, expectations that energy supplies will be transformed in the near future should ... take a rest [Financial Times]

. Related Content: DISCOVER: The 10 Most Influential People in Science 80beats: Bill Gates Patents a Device Aimed at Halting Hurricanes 80beats: With $4.5 Million in Pocket Change, Bill Gates Funds Geoengineering Research Bad Astronomy: Bill Gates Gives $10 Billion for Vaccines!Image: Archive of the Chancellery of the President of the Republic of Poland