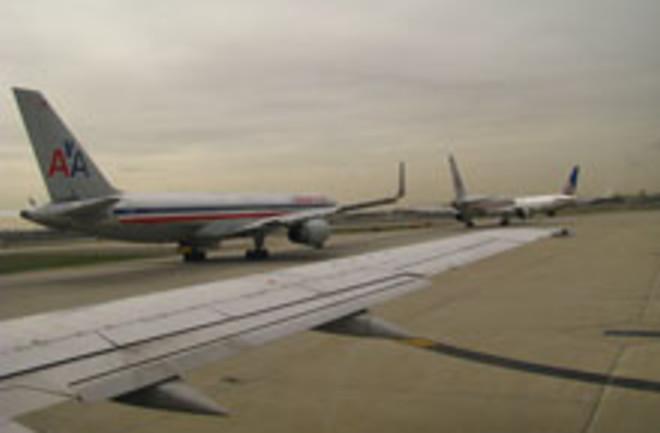 Air travelers around the country saw their flights delayed this morning, thanks to a computer glitch.

. The Federal Aviation Administration tried to assure travelers that the problem wasn't a safety concern; rather it fouled up ground stops and caused delays. The problems began a little after 5 a.m. Eastern time, and hit Atlanta's busy airport the hardest.

One passenger said that a Delta Air Lines gate agent had announced that the glitch prevented pilots from accessing flight plans, the Atlanta Journal-Constitution reported [The New York Times]

. The computer problem has been fixed, though

. And today's glitch was the second such one in 15 months. Related Content: Discoblog: Airlines, Desperate to Lower Fuel Costs, Turn to GPS Discoblog: So It Is a Disease? United Airlines to Double-Charge Obese Fliers DISCOVER: Map: Flight Path Pandemonium