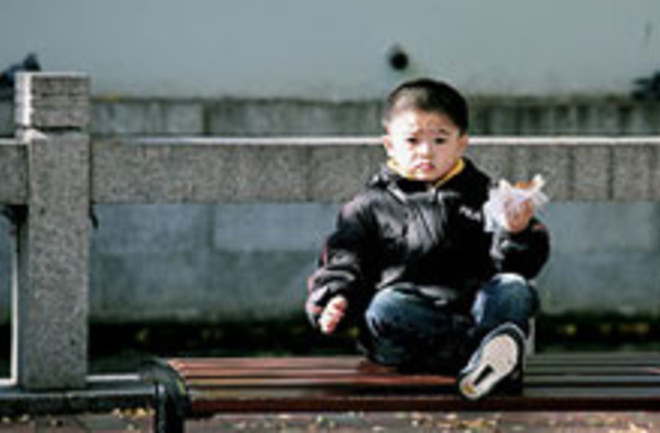 Is your child going to be a championship basketball player, or world-class pianist, or Nobel-winning physicist? Well, waiting for them to grow up before scoping out their talents can be a drag. Plus, it cuts down on precious training time. That's why, for $880, parents in China can send their three-to-12-year-old children to a special five-day camp where they will undergo DNA testing in an effort to predict their area of success. From a sample of saliva, scientists say, they can examine 11 genes that gauge a child's future IQ, height, memory, and other traits. They will then recommend to the parents the best course of action to hone the kid's innate capabilities. CNN reports:

"Nowadays, competition in the world is about who has the most talent," said [program director Zhao Mingyou]. "We can give Chinese children an effective, scientific plan at an early age".... [P]arents are convinced it will help their child. It is no secret that China's one-child policy often produces anxious and ambitious parents with high expectations for their only child. "China is different from Western countries," said Yang Yangqing, the lab's technical director. "There is only one child in our families so more and more parents focus on their children's education and they want to give them the best education."

You can also watch CNN's video about China's DNA testing here. There's just one problem: Can DNA tests really reliably predict whether a child will be the next Stephen Hawking or Michael Jordan? After all, success is often the product not of a gene or two, but rather a complex combination, along with a properly nurturing (or incentivizing) environment—not to mention a hefty dose of hard work and luck. Related Content: Discoblog: A Year After Olympics, Beijing’s Air Quality Back at Square One Discoblog: Bad Breath? Body Odor? Don’t Bother Applying to China’s Space Program Discoblog: To China’s Internet Filter, Garfield is Pornography, Porn is Not