A Year After the Olympics, Beijing's Air Quality Back at Square One 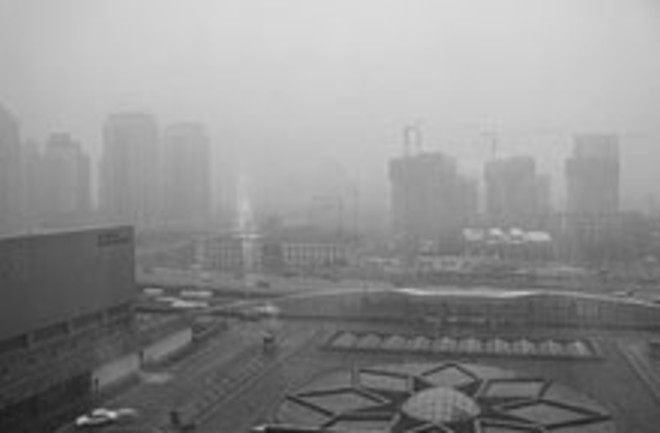 Last summer, we speculated whether the air pollution in China—home to the tirelessly-publicized 2008 summer Olympics—could prove hazardous to the health of the Games' athletes and spectators. Still, the nation managed to clean up its air that summer by closing factories and allowing cars to hit the roads only every other day. Unfortunately, the trend was too good to last: The veil of smog suspended over Beijing is back just a year later, and the nation's air quality is now rated "hazardous" by the embassy. Although the so-called "Green Olympics" might have raised public awareness about the pollution in China, its political effects have been paltry. AFP reports:

"It changed the public mentality and made people remember the clear days we had 20 years ago and wonder why can't we have that again. That's a big achievement," said [China climate and energy campaigner Yang Ailun]. However, the fact that China had to basically shut down much of the city of 18 million to meet its Olympic clean-air promises, showed that little real progress has been made. "The Beijing experience did not provide any examples of cost-effective policies that can actually deliver results. All the major measures taken by the city were expensive and not easily replicated elsewhere," she said.

Beijing maintains some restrictions on how many cars can be on the road on any given day, for example—but with the addition of 1,500 cars daily, such a measure is a little like teaspooning water out of a sinking aircraft carrier. Related Content: Discoblog: Could Beijing’s Polluted Air Sicken Olympic Spectators? Discoblog: The Air Over There: As the Olympics End, a Look Back at Air Quality Discoblog: 1/3 of China’s Yellow River Not Even Fit for Industrial Use