A Nanotech Device Harvests Water in the Driest Places 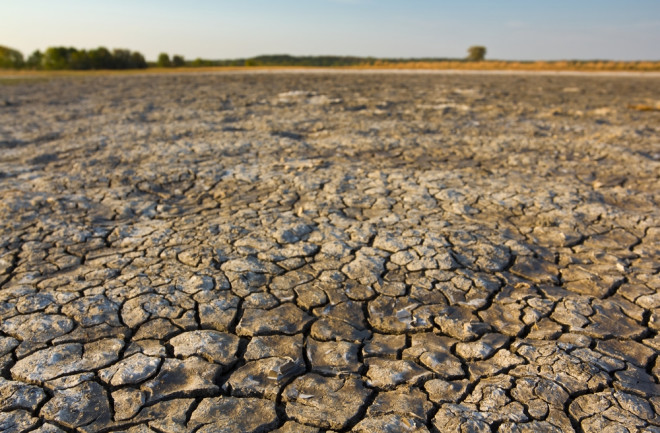 Chile’s Atacama is Earth’s driest desert. You could sit for decades in some places and never feel a raindrop. And yet, life survives here. Well-adapted plants can catch Pacific Ocean fog; then they provide that hydration to other animals. Indeed, our planet’s atmosphere holds more water than all its rivers combined, and these organisms are tapping into this water supply that humans are only beginning to appreciate.

It’s not just in fog and clouds either. The air itself is full of tiny water particles too small to see. And in recent years, scientists have been trying to find ways to drink it. The latest effort was announced at a press conference Monday in Los Angeles at the American Physical Society’s annual March meeting. It’s the world’s largest gathering of physicists.

A Montreal-based start-up company called Awn Nanotech says it’s created a device that uses nanotechnology to pull fresh water from the sky. The company hopes to start selling their water harvesters to consumers this fall for around $1,000 apiece. And, if the water harvesters work as expected, each one could pull 50 to 100 liters of water from the air every day.

The average American household uses several times more water than that, but it’s enough to supply an entire family across much of the world, like in Cape Town, South Africa, where officials have limited water use to 50 liters per day as the city worries its taps will soon run dry.

A Water Harvester for the Thirsty

And that’s the sort of market the company hopes to enter. They’d like to provide water harvesters to non-profits and government groups trying to bring clean water to drought-ravaged parts of the world. It’s an ambitious aim for a group that doesn’t even have a website yet. But if their technology works as advertised, it could even help future astronauts pull water from the thin Martian atmosphere — something the group has already studied.

Awn Nanotech is mostly staffed by Canadian engineering students and takes its name from the small needles that some plants use to catch water from the atmosphere. But unlike their biological namesake, this water harvester doesn’t rely on fog. It can pull water from the air even in drier climes, like those found in the American Southwest and other deserts.

Richard Boudreault is the company’s founder. He’s a physicist and serial entrepreneur who’s already launched a dozen other small, tech-centric start-ups. He says with the water crises in South Africa and California, most people are talking about desalination technologies that can turn seawater into fresh water. But the process requires enormous amounts of energy. Boudreault says he wondered if it might be possible to use nanotechnology to produce water without any electricity. And he realized, it might be possible to tap the energy within the drop itself. Surface tension pulls particles toward each other until it forms a sphere. That tension can be used as a force of energy.

Working with college students, his team developed a water harvesting textile from a fine mesh of carbon nanotubes. On one side of the mesh, the material is hydrophilic, meaning water loving — it attracts water. The other side is hydrophobic, or water repelling. So, as water particles settle on the mesh, they’re pushed through from one side to other, forming droplets.

“Because of the surface tension, (water) finds its way through,” Boudreault says. This clean, mineralized water then drips down into storage tanks, where it’s ready to be consumed.

The process works without any power, but they realized they could greatly increase the water output by adding a small fan about the size required to cool a computer. The fan runs on a small solar panel. “It’s extremely simple technology, so it’s extremely durable,” Boudreault says.

Water harvesting itself isn’t a new idea. In the Atacama, farmers already use “fog nets” to pull water from the air. And many home basements use dehumidifiers to make basements less damp and dank. But fog nets need specific climate conditions to work. Dehumidifiers, of course, require large amounts of energy.

Last year, a team of scientists from MIT and the University of California, Berkeley, announced they’d made a material called a metal-organic framework that could passively catch and hold water. It releases the liquid once heated by sunlight. For every couple pounds of the material, the researchers estimate they could pull several liters of water from the air. And, like Awn’s device, it would work even in dry, desert air.

Those results were published in the journal Science and made it into Discover’s Top 100 Year in Science for 2017. Boudreault says Awn’s carbon nanotube mesh is finer, and it’s “forest of filaments” can pull even smaller droplets from the air. And while their water harvester hasn’t gone through peer review, the student engineers — four groups at two universities — presented the results of their capstone projects at a gathering last week.

So far, they’ve only built around a dozen of these harvesters. And while the mesh itself is relatively easy to produce, Boudreault says the casing takes a lot of time. And his company’s small size and the large potential market could make it tough to scale up fast. But they’ve already made a much larger version of the tech that can provide as much as 1,000 liters a day. Once they get the family-sized water harvester to market, Boudreault says they plan to sell the bigger — and more expensive version — which could supply water to remote commercial operations in dry regions, like say, a winery.

In addition to the press conference, Boudreault is set to receive an innovation and industry award from APS this week that highlights his record of invention. And he says he’s tapping his circle of past investors to help Awn bring their first device to market. He feels confident they can pull it off thanks to the scrappiness of the young engineers. “If they don't know it’s impossible then the impossible gets done,” he says.