3D TV Will Kick Off With World Cup Match This Summer 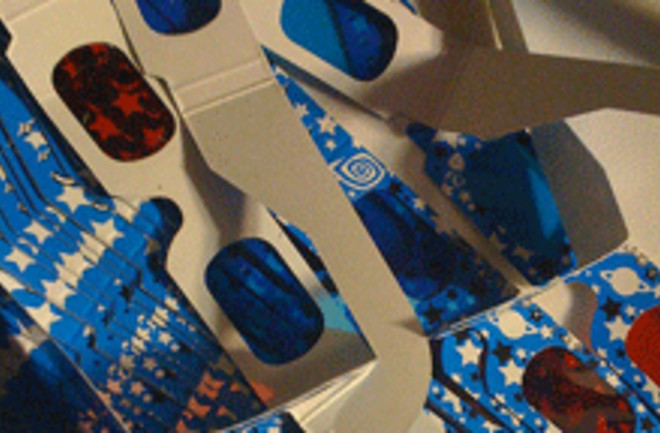 Avatar's success at the box office has 3D technology on everybody's minds these days. Now, television manufacturers are looking into bringing that same technology to your living room.

Top TV makers including Sony Corp, Panasonic Corp, LC Electronics Inc and Samsung Electronics Co Ltd will feature 3D screen advances at the Consumer Electronics Show this week, hoping the new technology will be as big a boost for the industry as the transition to color TVs from black and white [Reuters]

At a time when many households are finally ponying up the cash for an HD LCD TV, some investors are skeptical that people will be willing to turn right back around and buy a 3D television, especially since they require special glasses. Manufacturers are hopeful that consumers that have been slow to jump on the HDTV bandwagon will simply opt straight for the 3D TV when they decide to upgrade. Market analysts think consumers will catch on as well.

One major hurdle for 3D TV is the lack of programming. However, that will soon change. Leading the charge into the third dimension will be the sports network ESPN.

By 2014, 45% of all U.S. households will have a TV that can handle 3D, up from just 3% this year, research firm Futuresource Consulting forecasts [USA Today].

]. Discovery Chanel has also announced it will launch a 3D network sometime in 2011. DirecTV is launching three HDTV channels in 3D in June, featuring movies, sports and other content. Related Content: 80beats: America’s Electronic Waste Is Polluting the Globe 80beats: Have You Consumed Your 34 Gigabytes of Information Today? 80beats: TV Can Slow Language Development, Even in the BackgroundImage: flickr / Phillie Casablanca