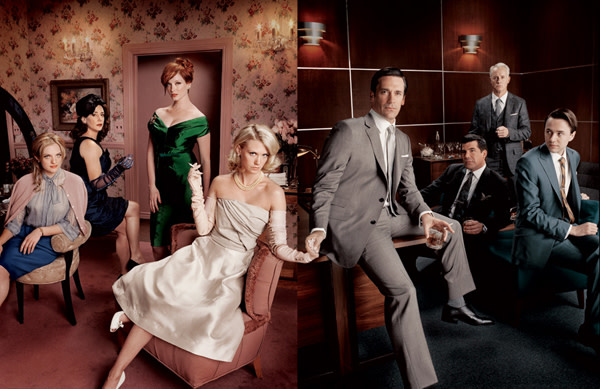 The world of business is brutal and competitive. To succeed, people often need to take high risks with big payoffs. Risk-taking attitudes are often conflated with masculinity. The language used to describe such behaviour is riddled with phrases like “testosterone-charged” and “cowboys”. Women are seen as being more risk averse, a belief epitomised by a spate of articles asking if the financial crisis might have unfolded differentlyhad women been in charge. Many studies have indeed found that women tend to be more averse to risks and losses than men – they prefer options with higher certainty, and they prefer to avoid losses rather than acquire gains. But according to Priyanka Carr and Claude Steele, this apparent gender difference isn’t the basis for sexual stereotypes, it’s the result of them. The duo investigated a well-established phenomenon called stereotype threat, where stereotypes fuel themselves in a vicious circle. People exposed to a stereotype become so worried about conforming to them that they end up doing so. As an example, women domore poorly in maths tests if they have previously been reminded of the supposed male superiority in that subject or even, simply, if their gender is highlighted. Likewise, black schoolchildren do worse in intelligence tests if their race is drawn to attention, but they narrow the gap if they sit through an exercise designed to boost their self-worth. Many studies have found that stereotype threat can hamper a woman’s performance, knocking her test scores, her chess-playing ability and even her career ambitions. Now, Carr and Steele have found, for the first time, that such threats can also affect a woman’s financial decision-making. They recruited 53 volunteers, half of whom were women, including 37 students and 16 employees of Fortune 500 companies. Their task was simple: after solving some (unrelated) equations, they had to decide whether to put their own money into any of six coin-toss lotteries. Each one offered a 50% chance of winning six dollars, and a 50% chance of losing anywhere from one to six dollars. The number of lotteries that they rejected was a measure of their aversion to loss. Beforehand, half of the recruits were simply told that they would be completing some puzzle-solving exercises. The other half were told that their tasks would test their “mathematical, logical, and rational reasoning abilities” and they were explicitly asked to state their gender. In previous studies, that’s been enough to invoke a stereotype threat, by reminding women about the biases that are affixed to their gender. The results were clear (see the graph below, on the left). When the volunteers were just told about puzzle-solving exercises, both men and women rejected the same number of lotteries (around three on average). But when stereotypes were brought to mind, the women became more loss-averse – more than men who had the same experience, and more than the other women who weren’t thinking about stereotypes. In another experiment, Carr and Steele focused on attitudes to risk. They gave 70 students a choice between two monetary choices, such as a 20% chance of winning four dollars and an 80% chance of winning a dollar. In this case, as with all the choices, both options have the same expected outcome – crunch the numbers and the amount you’re likely to win is the same. But even so, one option was always riskier. As before, Carr and Steele used the same method to invoke the spectre of stereotype threat, and as before, they found that it affected the financial decisions of the female volunteers (see the graph below, on the right). When gender wasn’t mentioned, both men and women chose the less risky option around half of the time. But when gender was raised, women became more risk-averse, while men became less so. To work out why, Carr and Steele repeated the experiment but before the gambles, they asked the recruits to sit through a Stroop test, commonly used to measure mental control. The test involves colour words that are presented in either the appropriate colour (e.g. red in red font) or in a mismatching one (e.g. red in blue font). The task is to read out the colour of the font, ignoring what the word actually says. When Carr and Steele adjusted the women’s decisions according to how well they had done in the Stroop task, the link between stereotype threat and risk aversion disappeared. The two researchers explain that our decisions are governed by both conscious, deliberate choices and unconscious intuition. Stereotype threat interferes with the former; it takes up valuable mental resources with stress and worry, leaving the intuitive side of decision-making to call the shots, and leading to more defensive behaviour. It’s this distraction that the Stroop test picks up on, which is why performance on the test explains the degree of risk aversion brought about by stereotype threat. Carr and Steele write that “similar gender differences observed in previous studies may have arisen not from innate and stable factors, but from powerful but subtle cues of stereotypes embedded in the environment and task instructions.” The fact that gender stereotypes seem to affect men in the opposite way, as shown in the risk-aversion experiment, may help to widen the gender gap even further. Perhaps the knowledge that others are being negatively stereotyped, or that stereotypes don’t apply to you, makes people more confident. This is just one side of stereotype threat, just one of a number of psychological obstacles that members of marginalised groups have to deal with. For now, Carr and Steele are keen to explore further links between stereotype threat and decision-making. Here, they demonstrated that decisions during artificial gambles can be swayed by raising the issue of gender. In the real world, perhaps cautious behaviour during tests would lead to a slower pace and lower marks. Perhaps an aversion to risk at the start of a career could lead people down safer paths, at the expense of more challenging but rewarding careers. To conclude, they write:

“We hope, given the practical significance of these findings, that our research will inspire studies outside the laboratory examining how cues of identity threat in field settings influence decision making. We also hope our research will foster more careful attention to the environments that people create and promote environments that are identity safe and do not burden decision making.”