Why Are So Many Languages Dying Out?

Linguists say minority languages are going through a mass extinction event, but there are still successful efforts at preserving native speakers. 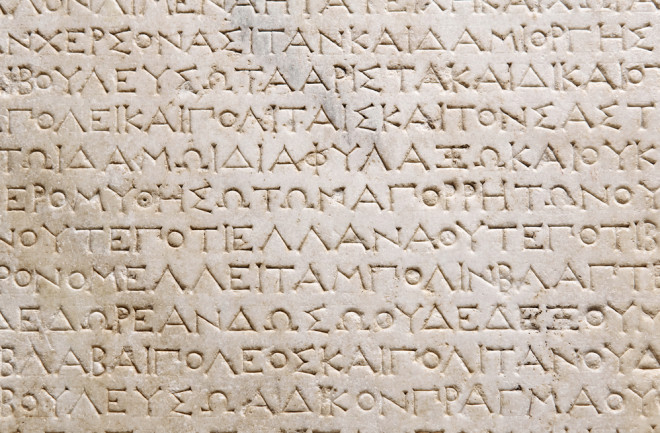 Endangered vernaculars have been dying out at unprecedented rates since the 1960s. Invariably, they give way to one of the world’s more dominant languages such as Arabic, English, Mandarin or Spanish. Now, more than 40 percent of the world’s 7,000 or so languages are thought to be at risk of extinction, some with just a handful of elderly native speakers left.

“This isn’t a normal or stable flux,” says Anna Belew, outreach coordinator at the Endangered Languages Project, which seeks to support efforts to sustain endangered languages. “What we’re looking at is a mass-extinction event.” Out of the roughly 700 languages that are known to have fallen silent in all of human history, more than 30 percent have gone extinct at some point during the last 60 years.

There are many factors that can lead to the extinction of a language, some more disturbing than others. On the extreme end of the spectrum, violence towards minority communities is the root cause. Ethnic cleansing carried out by the so-called Islamic State in Iraq put an almost intolerable pressure on some of the Middle East’s ancient and most fragile dialects, for example. But peaceful countries are not immune either — there are just two speakers of the Ainu language in Northern Japan.

The United States, meanwhile, is home to a great many endangered languages, the vast majority of which are Native American. Take Quechan, a native language once found along the Colorado River that now only has 150 native speakers left. But some are of European origin, albeit with a less threatened status, such as Pennsylvania German, which has close to 100,000 speakers. “Languages don’t go away because everything is fine. It’s almost always symptomatic of serious problems facing the people who spoke it,” says Belew. “That can be as extreme as genocide, but it can also be a combination of increasing economic and political pressures from a dominant culture.”

That’s reason enough for people to care, says Lyle Campbell, a linguist at the University of Hawaii at Manoa. “When people are giving up their languages it’s not choice, but oppression and that’s something we should all care about. When a language dies, it takes a lot of knowledge with it.”

There are ways of fighting to keep languages alive, of course. By some of these efforts, says Campbell, are more successful than others — which largely depends on how we define "success" in the first place. “Is [success] creating new generations of native speakers where they use the language for their day-to-day language? If so, then there are very few examples,” he says. “But if you’re looking at raising the number of people who can speak a given language and therefore increase their cultural identity, then there are more.”

Linguists often point to Welsh as a successful case study. Wales, a constituent nation of the United Kingdom with a population of just over 3.1 million, has a long history of speaking Welsh — in 1800 it was the de facto language throughout most of the country. By the early 1900s, however, it was spoken by less than half of the Welsh population. The drop was in part due to significant migration from England and Ireland, but the Welsh language was also seen as a threat by some in government. During the Victorian era, there were several popular uprisings in Wales and some members of parliament concluded that the persistence of the Welsh language was to blame. As a result, Welsh was actively discouraged by the school system and pupils who conversed in their mother tongue were punished.

By 1991, just 18.7 percent of the country spoke Welsh, but the decline seems to have since stabilized thanks to concerted, coordinated efforts to keep the language alive. Welsh is now recognized as an official language all students in Wales are taught Welsh; and some schools teach all lessons in Welsh. The country's 2011 national census revealed that 19 percent of people still spoke the language. Thanks to this wholesale approach, what seemed like a terminal decline has been soothed.

“With enough dedication, small language communities can keep their languages despite all the odds,” says Campbell.

More From Discover
Health
Cocaine E-Cigarette Could Help People Struggling with Addiction
Planet Earth
Ancient Humans Had Pets, Too
Mind
What the Two Halves of Your Brain (Don’t) Say About You
Mind
How Your Brain Processes Rejection
Mind
The Choices We Make May Be Random
The Sciences
To Victorians, Flower Arrangements Were Often Secret Messages
Recommendations From Our Store
My Science ShopDiscover STEM Kits
My Science ShopDiscover 2022 Calendar
My Science ShopStrange Science
My Science ShopElements Flashcards
Shop Now
Stay Curious
Join
Our List