Past promises of lab meat were overly optimistic. 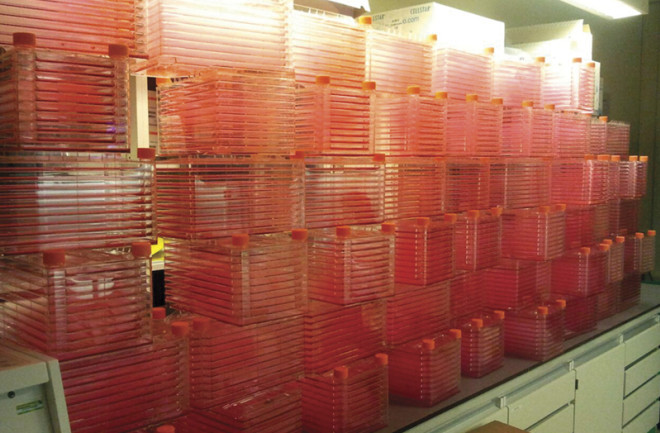 More than a decade ago, Discover covered the concept of a coffee-maker-like device that could, overnight, turn a few animal muscle stem cells into a nice hunk of meat.

The July 2006 story, “The Way of All Flesh,” explains the vision of biologist Vladimir Mironov: Those muscle cells would be harmlessly extracted from an animal, and with the right nutrients and environment, they’d multiply just as they would in their original host, but even more rapidly.

The idea was to target three issues with traditional meat farming: protect animals from inhumane conditions and eventual slaughter; reduce the environmental damage of large-scale livestock operations; and give humans healthier meat and better food security.

Yet, as you’ve noticed, your local Target stocks no such appliance.

Mironov says his vision hasn’t changed, but he’s put those efforts on the back burner. His lab at the University of South Carolina shut down in 2011 due to personnel issues, and now he’s concentrating on organ printing at a 3-D bioprinting company in Russia.

“Maybe I will return to the topic,” he wrote in an email. “In vitro meat production is the inescapable future of humanity.”

While Mark Post, physiology chair at Maastricht University in the Netherlands, shares Mironov’s optimism about in vitro meat’s potential, he says the future isn’t in at-home devices.

“Quite frankly, I don’t see that as a very pragmatic solution,” says Post, whose name has become synonymous with the movement. He debuted his lab-produced meat (cost: $325,000 per burger) in a highly publicized taste test in London in 2013.

Instead, the focus now is on ramping up efforts to produce it in factorylike settings, Post explains.

Bigger production would mean more burgers for more than just a few taste testers, while also sending costs way down. “In essence, it’s available,” Post says, “but not at the scale that you need for [mass] consumption.”

His optimistic scenario — which depends on the production infrastructure being in place and regulatory approvals — is having a $10 cell-grown hamburger patty on the shelves in four to five years.

“You need to be able to scale production to a tremendous level if you want to hit the Walmarts of this world,” he says.

[This article originally appeared in print as "Where's the Beef?"]