The Future of Lab-Grown Meat

Bringing home the bacon may become a thing of the past when we can grow our own. 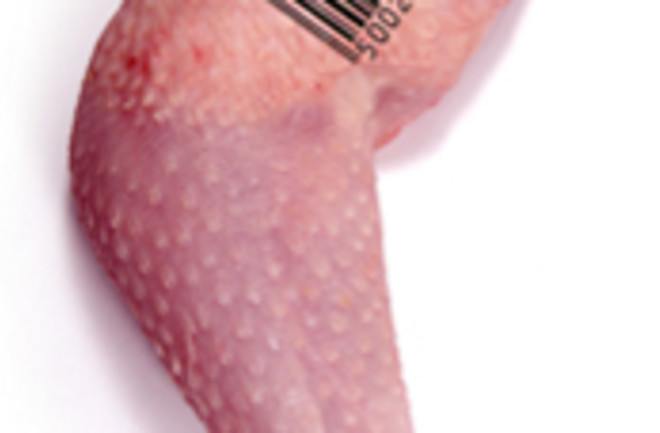 "It would look," says Dr. Vladimir Mironov, a cell biologist at the Medical University of South Carolina in Charleston, "like a coffee machine. This is my dream."

Yet here is the thing. The object of Dr. Mironov's dreams may well look like a coffee machine, possibly even down to the satisfyingly hinged compartments and the Krups logo, but it will produce meat. The good doctor, who has made a career in the field of artificial-tissue generation, says that in the future we'll be sprinkling a few "starter cells" into our meat machine before we go to bed and adding a cup or two of "growth medium." The next morning we'll awake to an appetizing, fully formed lump of pork or beef or poultry, ready to be fried up with breakfast, or braised in time for lunch, or hurled raw across the room at an unreasonable spouse whose wrongheaded notions about pretty much everything the hours of darkness have somehow failed to dispel.

If you missed this news, that may be because it received less play in the science sections of the world's newspapers than in those slender nether pages of items about burglars getting stuck in chimneys and drunken Russian men waking up with spikes in their heads. I can only imagine that in the minds of certain editors the mention of artificial meat triggered associations with tempeh, seitan, Quorn, and other substances vegetarians have been turning up with at barbecues over the last few decades. Meat-that-isn't-really-meat, they must have thought. That's a big deal?

The big deal they missed is that this is meat that really is meat, and the implications are nothing short of thunderous.

For one thing, consider space travel. It may sound pathetic, but one of the commonly voiced obstacles to long-range space exploration is the problem of feeding astronauts in a sufficiently nutritious and entertaining way so that they don't go completely insane and instigate homicidal power contests with the onboard computer. Little squeezable sachets full of supposedly roast-chicken-flavored soy might, in a pinch, sustain a person as far as Mars, but to reach Pluto, let alone Alpha Centauri, an astronaut is going to require something resembling a cheeseburger.

When synthetic-meat technology matures, we thus are likely to pillage and plunder the universe to an extent that we cannot yet conceive. The yawning chasms of space are but trivialities to a man with a capon leg to munch on and a fax machine that doubles as a prosciutto slicer. We will probe the edges of our universe with a gusto that only a satisfied carnivore can muster. And then when we actually land on another Earth-like planet and stare up at two suns, synthetic meat will let us put down roots. I'm envisioning some sort of central dome for work and play and then an archipelago of automated meat-farm domes. Young lovers who have never known Earth shall slip away from their senior prom and yield to each other's fumbling in the moon-dappled hollow of a turkey orchard. On Saturday they shall meet discreetly in the beef dome. He will pluck a blood vessel and tuck it gently behind her ear. She will kiss him, and they will wander shyly among the tenderloins.

And we shall be thin again. The steaks and chops we use to fill our faces will have the fat content of mere salmon. Nor shall we submit any longer to disease. Salmonella, mad cow, E. coli . . . these will be consigned to the dustbin of meat history and the name pool of heavy-metal bands.

Back here on Earth, this once-gorgeous planet, now plodded and trammeled by doomed and flatulent cattle, shall see its scenery restored when billions of acres are replanted with swards of lush, sky-thickening rain forest.

Do not for a moment wonder, Will we be happy, we people? Born again into our fake-meat Eden, the answer can only be yes.

Except for some of us.

Certain chefs, for certain, will not be happy. If you intentionally spent your youth sleeping on straw in a Provençal barn, rising before dawn to be screamed at by some ancient head case who happened to be the only living person who knew how to properly sauté the thyroid gland of a pregnant goat, you may find the telephone ringing less often as the Age of Synthetic Meat matures. The game of professional cookery was always to distinguish oneself by the skill and imagination with which one manipulated a fixed set of ingredients. In the new age, laurels will accrue to those who can make the best ingredients—a task that will inevitably place more of a premium on scientific skills, like teasing strands of DNA out of a myoblast, than on roguishly mincing a shallot while nursing a hangover.

But the cooks will get over it. Because cooks can adapt. If there is one single ominous scrap of cloud adhering to the endless silver lining of the coming age, it is the trouble we already know to expect from vegetarians.

Ingrid Newkirk, founder and president of People for the Ethical Treatment of Animals, informs me that she has been following Dr. Mironov's career and the glacial progress of the "lab-grown meat" movement since its inception. Newkirk is salivating in anticipation of the day she finally gets to eat a chunk of meat that nothing had to suffer to produce—not least because the flesh won't contain the vast quantity of "rectums and nose-skin bacteria" she assures me I've been eating a lot of.

But Newkirk is the right sort of vegetarian: the rational sort. She concedes that not all of her pale fellow travelers share a commonsensical enthusiasm for the coming revolution. "A consensus?" she scoffs, "among human beings?"

The other sort of vegetarian, of course, is the sort whose decision not to eat meat was inspired less by the contemplated suffering of animals than by the contemplated prolonged suffering of parents forced to cook two sets of meals, pack tofu dogs for family trips, and somehow explain to their parents, who tended to have lived through depressions and wars, why little Lisa sat through Thanksgiving dinner frowning over a pyramid of bean sprouts, then asked to be excused and spent the afternoon in her bedroom emitting a muted but unrelenting stream of Ani DiFranco.

To this sort of vegetarian, the introduction of synthetic, guiltless meat is a full-blown nightmare. How will they function at parties if they can't protect themselves from salvers of appetizers with a theatrically pale and desperate wave of the hand? How will they travel between continents if the rest of the plane's passengers haven't watched in envy as they unwrap and examine their special meal? How will they signal the categorical disgust with which they view and reject this entire system of bodies and moral compromise known as The World if not with the powerfully succinct, "Oh, no thanks: I don't actually eat meat"?

By eating themselves. The very technology that will deprive vegetarians of their ethical objections to meat eating will let them make meat of themselves. A few starter cells scraped off one's arm, a night stewing in growth medium, and voilà: a vehicle for passive aggression more poetic than the world has seen since the days when it was still possible to irritate people to the point that they'd burn you at the stake in front of a crowd. Just imagine their faces. Here comes the waiter, sidling up all deferential with a platter full of carrots, tiny lamb chops, and blackened endives stuffed with cheese. You're ready with your line. In your pocket you finger your private Baggie of homegrown flesh. Up comes the tray, up comes the hand, and it's: "Oh. No thanks. I only eat myself."