What the Animal Kingdom Meant to Ancient Societies

Ancient Egypt, the Mayan civilization and ancient Rome all valued wild animals differently, between hunting, sacrificing and burying them with the dead. 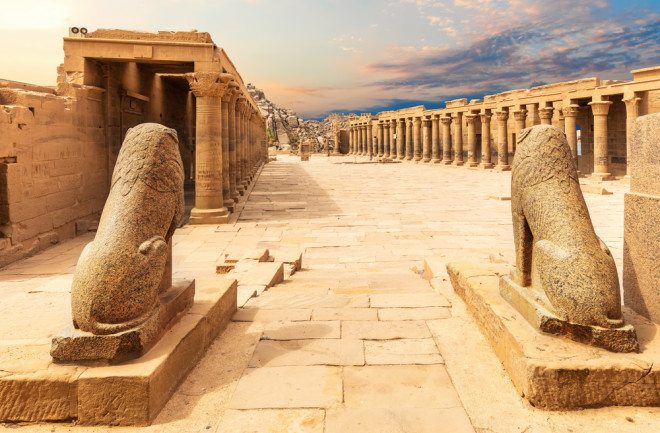 Humans have always had a complicated relationship with the animal kingdom. And the wild animals we see today have been around for millennia, playing important roles in some of the most famous ancient civilizations.

They were sacred in Egypt and sacrificed in ancient Mayan society. Many of them fought to the death against the gladiators of ancient Rome. According to experts, wild animals have been praised, exploited, hunted and put on display since the dawn of time.

Ancient Egypt thought of wild animals as “great forces of nature,” many of which had a relationship with the gods, says Salima Ikram, professor of Egyptology at American University in Cairo.

“They were considered intermediaries between humans and the gods but they also represented forces of chaos that needed to be tamed and brought under control so that order and the cosmos could continue,” Ikram says.

In the earliest eras of Egyptian civilization, around 4000 B.C., many of the wild animals that would later migrate to central and southern Africa thrived in and around Egypt. While this ancient society hunted and captured the animals, they also thought conservation was important. They didn’t over hunt the animals in the way we do today. Many animals had important status roles in society.

Egyptians regarded lions, for example, as “images of the sun god Re,” as well as symbols of royalty. They thought of the male hippopotamus as a “turbulent” creature, representing the Egyptian god of war, Set. And the female hippopotamus represented the goddess Taweret, who protected mothers and children. According to Ikram, giraffes didn’t appear often in Egyptian mythology, but the word for the species meant “to foretell” because their long necks could see into the future. The baboon was not native to Egypt, but still played an outsized role in Egyptian religion.

“Baboons rise and stretch with the sun and they have a red bottom so in ancient Egypt they were sacred to the sun god,” says Ikram.

A 2018 study published in the journal PLOS ONE, found that Mayan civilizations often used wild animals for “symbolic and ritual purposes.” Starting at around A.D. 1 through A.D. 550, they used wild animals like pumas, jaguars, owls, spoonbills and crocodiles for sacrifices to the gods and to show privilege in ancient Teotihuacan culture in Western Honduras.

Mayan civilizations routinely sacrificed the apex predators from the tops of their mighty pyramids, while they utilized deer and crocodiles in sacred shaman burials. They even placed the animals in tombs as food for the afterlife.

According to the study authors, “jaguars and pumas at the Mayan site of Copan showed evidence of both captivity and of expansive trade networks trading ritualized carnivores across the dynamic Mesoamerican landscape.”

Ancient Rome used wild animals for spectacle. Elephants made their debut in the beginning of the Republic and became extremely important by the late Republic under the leadership of Julias Caesar. Romans paraded tigers, lions, crocodiles and leopards in the celebrations of the dead around 509 B.C. and then gladiators would later slaughter them.

Ancient animal traffickers went down into Africa and captured nearly 9,000 wild animals under the Flavian emperor Titus around A.D. 79. Researchers publishing in the journal Greece and Rome found that animal trafficking in the late Republic became somewhat of an industry. They supplied a hungry public who expected to see these wild creatures in their gladiatorial games.

According to the study authors, “As the organization of the beast-hunts, like the gladiatorial games became more formalized in the late Republic, supplying animals would be the responsibility of the magistrates. For example, Sulla was supplied with 100 lions for spectacle in Rome from his ally King Bocchus of Mauretania (present day Algeria).”

From Egypt, to Central America, to Rome, we’ve long had a complicated relationship with wild animals. In awe of their beauty and sacred to our celebrations, we’re always trying to control a force that’s meant to remain wild.