What is a Rogue Wave?

Once thought to be a myth, these massive waves can come out of nowhere and cause a lot of damage. 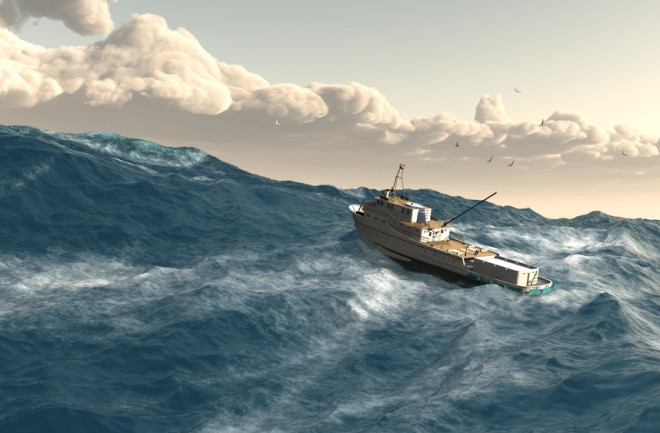 At least four people were injured, and one died, after a rogue wave struck a Viking cruise ship on November 29, 2022. According to a press release, the Viking Polaris was making its way to port in Ushuaia, Argentina, from its Antarctic expedition when the massive wave hit. The ship sustained minimal damage, though several windows that led into cabins were shattered.

According to the National Oceanic and Atmospheric Administration (NOAA), rogue waves are extremely rare and were considered folklore until the last few decades. However, rare as they may be, this incident begs the question — what are rogue waves?

Rogue waves — or 'extreme storm waves' according to NOAA — are described as massive walls of water seemingly appearing out of nowhere. They can be twice the size of surrounding waves and typically hit from the opposite direction of the wind and other waves.

That said, there is little recorded data on rogue waves. In fact, the first one to be caught with instruments occurred on January 1, 1995. A laser detector on an oil rig off the coast of Norway measured the wave. But, while there aren't many records of these events, scientists have a few theories on how they occur.

There are a few explanations of how rogue waves take shape. According to NOAA, one idea is that as swells of water move across the ocean, they travel in different directions and at different speeds. As they travel, the swells may coincide and reinforce one another. This can form exceptionally tall waves that move and disappear quickly. However, if these swells travel in the same direction, the massive wave may last several minutes.

Another idea is that, during a storm, waves may form in a current in the opposite direction of the water’s predominant flow. This could lead to a shortage in wave frequency and thus cause waves to join together and form a much larger rogue wave. According to NOAA, waves formed this way are likely to last longer than other rogue waves.