What Animals Can Sense That Humans Can't

Many creatures are equipped with senses that go beyond the beyond the basic five of sight, taste, smell, feel and hearing. 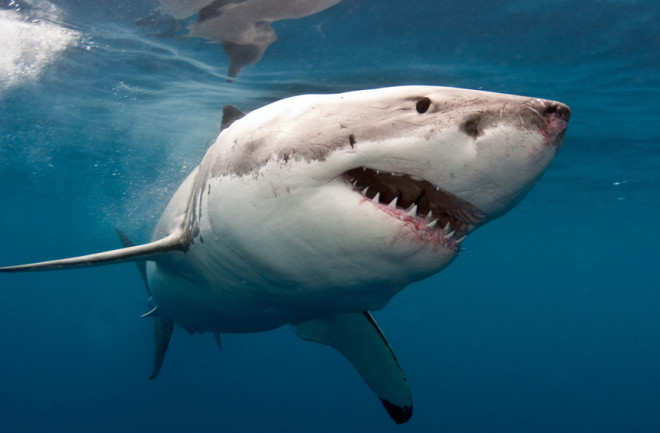 Humans often argue about whether or not we have a sixth sense. Ha! Six is paltry. Senses other than the standard five are plentiful in nature. Here are a few useful senses that some animals have, but humans (mostly) don’t.

Birds, butterflies, salmon, sharks, sea turtles, and even bacteria are a few of the animals that navigate their worlds by detecting magnetic fields. For example, a recent study conducted at the Florida State University Coastal and Marine Laboratory found that sharks use the geomagnetic field like a map, guiding them on their long migrations.

Scientists still aren’t sure how animals pull this off, but one intriguing possibility is that bacteria are to thank for this special skill. A type of bacteria called magnetotactic bacteria uses magnetic fields to guide their movements. In a 2020 study, researchers reported finding magnetotactic bacteria in loggerhead sea turtles, penguins, Atlantic right whales, and brown bats — all animals known to make use of magnetic fields. The larger animal could be using the bacteria inside it to find its way around. Kind of like built-in, biological GPS.

Animals that are active in the dead of night or that live or hunt deep within caves or in deep (or murky) water can’t depend on vision to tell them what’s going on in the world around them. That’s where echolocation comes in. Echolocation is nature’s version of sonar. Animals send out sounds, then the sound waves bounce off any objects in their path, sending back an echo loaded with information about what it just encountered. The animal interprets this to form a picture of the world.

Whales, dolphins, and bats are animals most famous for using this special sense. However, humans aren’t totally out of the loop on this one. Some blind people have learned to echolocate using tongue clicks or sometimes taps of canes. This skill allows them not only to walk around without bumping into things, but even to ride bikes and play basketball.

Anything warm emits infrared light — including you and me. Humans can’t see it without special goggles, but some animals can. This trick comes in very handy for snakes, who use their ability to detect infrared light to spot small mammals they plan to have for dinner. Snakes don’t actually use their eyes to see infrared light, but instead use temperature-sensitive receptors in their faces or lips.

Snakes are the animals most famous for their infrared vision, but they’re not the only ones. Some frogs and some fish can see the heat, too.

When it comes to senses, sharks make humans look like department store mannequins. Sharks probably can’t detect a drop of blood in an Olympic sized swimming pool, as has often been claimed, but their sense of smell is still astonishingly good, more like one drop of scent dissolved in a billion drops of water. Not as good as the swimming pool myth, but still pretty impressive. A shark’s hearing is not too shabby either. These predators have especially sensitive hearing, particularly when it comes to low-frequency sounds. A shark can hear sounds made by injured animals — potential prey — up to 800 feet away.

But what’s really stunning about sharks is their ability to detect electrical fields, a sense called electroception. Sharks have clusters of pores on their heads, called ampullae of Lorenzini, which are filled with electrically conductive jelly. These ampullae are lined with cilia, hairlike cells similar to the cilia in human ears. These cilia activate neurotransmitters in the shark’s brain in response to electrical signals, telling the shark what’s going on in the water around it, a trick that’s especially handy for hunting in the briny deep.

Because the sodium and chlorine ions in water make it a good conductor of electricity,  electroception is common in fish, but the sense is found in at least one mammal: the platypus.