The ocean floor may be one of the last unknown frontiers for explorers, including deep oceanic trenches like the Mariana Trench. 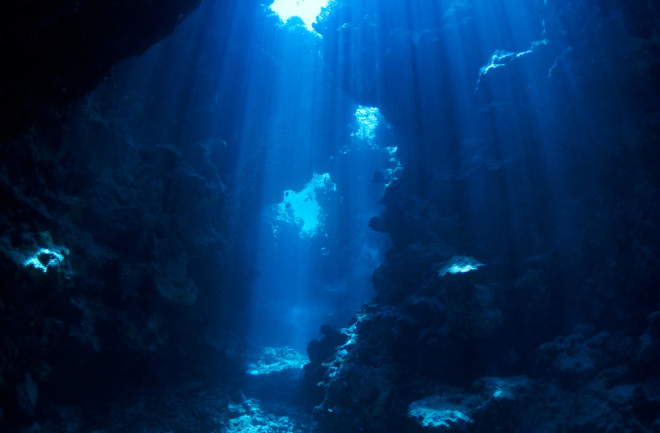 The deepest oceanic trench found on the planet is 35,876 feet, or around 7 miles. It’s called the Mariana Trench and it lies in a remote portion of the Pacific Ocean, southwest of Guam.

A handful of divers in submersibles have made their way down to the bottom, but because of a lack of oxygen and deep-sea pressure, they’ve only explored for short periods of time.

“The duration that a human being can stay in such a confined place without food, water or oxygen is still really limited,” says Dwight Coleman, a deep-sea oceanographer and expedition leader at the University of Rhode Island.

It’s a great big ocean and for many explorers, it’s also the last remaining unknown frontier. Oceans cover around 70 percent of the Earth’s surface so it shouldn’t be surprising that when it comes to exploration, we’ve only just scratched the surface. So far, human eyes have only seen around 5 percent of the ocean floor.

Still, in the time we’ve been there, we’ve discovered a world all its own, surviving miles below humanity.

The deepest parts of the ocean are somewhat creepy places. They’re home to a peculiar set of species who have adapted to life in an unforgiving ecosystem. By comparison, the trench is nearly 10,000 feet deeper than Mount Everest is tall. And surviving down deep is no easy feat, but this dusty dark world still supports an abundance of single-celled creatures that resemble amoebas, as well as tiny floating crustaceans. The newly discovered hadal snailfish, described in a 2017 article in the journal ZooTaxa, is pink, scaleless and at the top of the Mariana Trench food chain.

A 2019 expedition to the Philippine Trench, with Filipino oceanographer Deo Florence Onda and American explorer Victor Vescovo, explored the Emden Deep, known to be the third deepest part of the ocean. Sadly, this successful mission to the “bowels of the deep” unearthed a dirty little surprise: trash.

“Vescovo was surprised when he caught sight of two black eyes staring at him only to realize they belonged to a stuffed teddy bear,” according to a press release marking the event.

But mostly, these trenches are deep pockets of mud and compared to other parts of the ocean floor, says Coleman, they don’t contain the resources necessary to draw as many deep-sea explorers.

There have been a few, though. The first to dive down to the Mariana Trench was Jacques Piccard in 1960, who used a U.S. Navy submersible to embark on a five-hour trip to the deep where he hung out for around 20 minutes.

In 2012, famed film maker James Cameron ventured to the deepest part of Mariana Trench, known as Challenger Deep, in a self-designed submersible. He spent around three hours snapping photos and taking videos to share with the world. But as for true exploration, we’re not there yet.

“A lot more effort is put into exploring parts of the ocean floor where there’s under water volcanoes, hydrothermal vent systems, oil or mineral resources, which aren’t at these depths,” Coleman says.

Coleman's team is using sonar on ships to make high resolution maps and identify areas to further explore using remotely operated vehicles (ROVs). These ROVs can collect samples of the ocean floor to study in a lab and take photos and video of the ocean floor.

But it’s not just the ecosystem that fascinates Coleman, he’s also intrigued with exploring what man leaves behind. He’s spent years exploring ancient shipwrecks at the bottom of the Black Sea, a seafloor that’s known to be anoxic, meaning there’s no oxygen and no life beyond a certain depth. This deep salty layer is separate from layers closer to the surface that receive oxygen from the atmosphere.

“Here we were looking at the preservation of human history, not animal life,” he says.

And since we’ve only discovered a snapshot of what’s deep in the ocean, Coleman and his team hope to help change that. “The goal is to map the entire ocean floor by 2030,” he says.