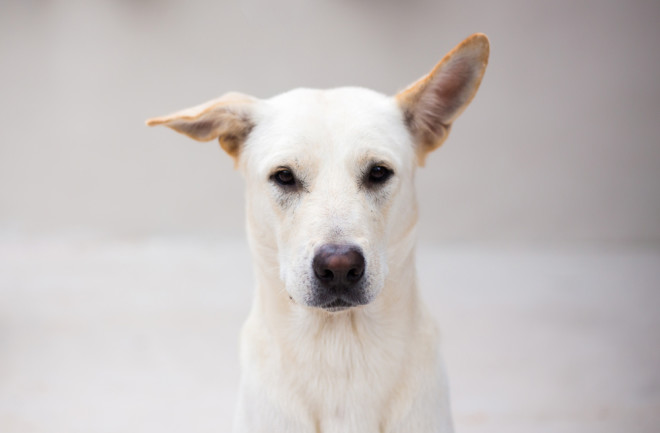 (Credit: Pakawat Suwannaket/Shutterstock) During the last centuries of China’s Shang dynasty, which lasted from 1600 B.C. to 1050 B.C., ritual sacrifice was a well-oiled cultural phenomenon, rich and varied in its manifestations. Rulers and elites sacrificed animals and humans to appease spirits or the ancestors. Just as humans met their ends, dogs were often right beside them. Now a study in Archaeological Research in Asia, published in March, shows that people from the Shang dynasty relied heavily on sacrificial puppies to accompany them in death. “Although superficially it seems like a horrific thing to kill a puppy and put it into a tomb, it’s actually a window into the complex world of Shang human-animal relations,” says Roderick Campbell, an archaeologist at New York University and one of the co-authors of the study. Researchers have long known that people in the Shang dynasty sacrificed and buried canines alongside the elite. The assumption has been that these dogs were pets, ritually sacrificed after their owners’ deaths so that the canines would spiritually accompany them into the afterlife. But Campbell and his co-author Zhipeng Li, an associate professor at the Institute of Archaeology at the Chinese Academy of Social Sciences in Beijing, say that this explanation doesn’t fit their findings. The team examined Chinese archaeological site reports and about 2,000 Shang-era graves at a site called Xiaomintun under the modern city of Anyang, China. The researchers discovered that the buried canines were predominantly juveniles. About a third of the graves contained a dead dog in a small pit dug under the coffin.

In a new study, archaeologists discovered that roughly one in three graves at a Shang dynasty burial ground near the modern city of Anyang, China, contained canine remains. (Credit: Roderick Campbell) The puppies’ remains didn’t show any clear sign of death; someone likely drowned or suffocated the animal, or slit its throat (soft tissue damage doesn’t leave many long-term traces). Furthermore, many of the people buried appeared to be middle class rather than elite based on the quality and quantity of goods they were buried with. Campbell says that the sacrificial puppies could have come from the Shang-era equivalent of puppy mills or from litters around the city, whether strays or pets.

The reasons for the use of puppies as opposed to adult dogs aren’t yet clear, but Campbell places it within a larger tradition of miniaturization in grave offerings. Items such as ceramics left with the dead became progressively smaller on average throughout the Shang dynasty until they were little more than doll-sized cups. The change made offerings more affordable. Seen in this light, puppies may have been the cheaper alternative to dogs.

“If you let dogs grow up, you have to take care of them,” says Angela Perri, a postdoctoral researcher in archaeology at Durham University in the U.K. who studies dog burials but was not involved in the Shang dynasty study. People therefore may have been less attached to puppies, an idea that counters the notion they were burying pets with their masters. And Perri notes that puppies may have had a symbolic significance, representing youthful innocence. In addition to studying the graves and site reports, Campbell analyzed the inscriptions on engraved ox shoulder bones and turtle shell pieces, called “oracle bones,” used in divination

during the Shang dynasty. The bones reveal that elite members of society likely sacrificed dogs in fire rituals — sometimes in the hundreds — to ancestors or to spirits representing weather or the cardinal directions. Due to the nature of their fiery demise, archaeologists haven’t discovered any of these canine remains yet. Zhichun Jing, an archaeology professor at the University of British Columbia who studies the Shang dynasty but was not involved in this research, says that the zooarchaeological work on the dog remains from Xiaomintun “is indeed very exciting and revealing.” He believes the work could encourage a better understanding of the reasons behind ritual sacrifice

. Many other societies sacrificed dogs at various periods of their history. For example, the Hittites ritually sacrificed puppies

and not adult dogs; in one case

discovered by archaeologists, they decapitated the puppy and placed its head between its hind legs.

But the new findings also enrich our understanding of sacrifice in the Shang dynasty. “This is a society that has human sacrifice as well as various kinds of animal sacrifice, so the idea of giving a life in ritual is a very familiar one for them,” Campbell says. One king, he notes, Wu Ding, who ruled from 1324 B.C. to 1266 B.C., may have sacrificed as many as 15,000 humans, as well as a number of livestock and dogs — an act that Campbell believes augmented the ruler’s power as an intermediary between the living and the dead. This work first appeared on SAPIENS