A new animal-welfare law raises the bar for experimenting on decapod crustaceans. 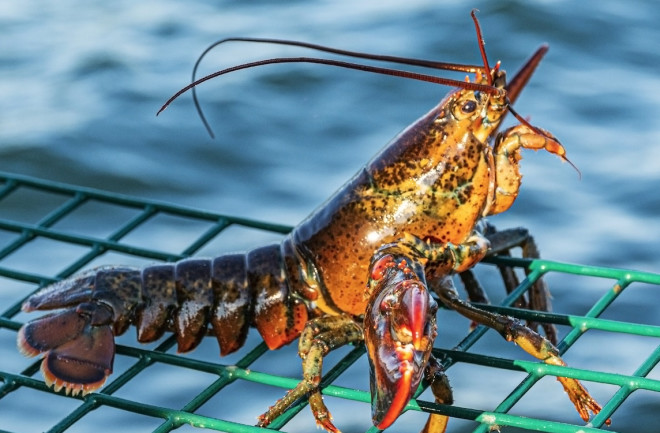 Last spring, the U.K. passed the Animal Welfare (Sentience) Act 2022, marking the first time that animals were declared sentient by British law. The legislation recognized the rights of vertebrate animals such as mammals, birds, reptiles and fish, plus famously intelligent invertebrates like the octopus. While some protections already existed for those creatures, the new act unexpectedly added decapod crustaceans to the mix, including lobsters, crabs and shrimp.

The decision to include decapods as sentient animals was founded on the research of biologist Robert Elwood, who has demonstrated over the past decade that these creatures exhibit “responses consistent with the idea of pain.” The professor emeritus at Queen’s University Belfast says it’s impossible to definitively prove how an animal (or person) feels. But in his experiments, prawns rubbed their antennae after exposure to irritants, while hermit crabs abandoned protective shelters — and even their own shells — to avoid shocks. In short, they acted like they were in pain and learned to evade its source.

The new British legislation — which mirrors laws in Spain, parts of Australia, and other regions — means that scientists experimenting on lobsters and crabs will likely need an ethical committee to approve of their work and consider the animals’ well-being. But all decapods in the U.K. aren’t out of hot water just yet.

“Curiously, it’s still legal to boil a lobster even though the law has been passed recognizing sentience,” Elwood says.

That’s because the seafood industry is governed by different regulations. Any future changes to those seafood laws, however, will have to consider decapod sentience. “I am guessing that things will change,” Elwood adds.

WhIle humane treatment of crustaceans in kitchens may not be the law of the land, some chefs have already embraced kinder methods of preparation — rather than boiling them alive, which is standard practice to avoid the spread of bacteria that multiply soon after they die. Nigel Bloxham, the owner of the Crab House Cafe in Weymouth, England, is an early adopter of an invention called the CrustaStun. The device zaps lobsters and crabs with a lethal electric shock, knocking them out in less than a second just before cooking them.

Bloxham says he considers giving the shellfish a swift death the right thing to do, but he’s noted an added advantage: “It definitely produces a better product.” He’s given fellow chefs a blind taste-test of stunned versus traditionally cooked crabs, and “people picked out the stunned crab every time.” He suspects the difference in taste is linked with the effects of stress on the animals’ muscles. “If I dropped you into boiling hot water, you’d tense up trying to get out,” he muses.

In your own kitchen, you can still treat shellfish more humanely without shelling out thousands of dollars for a CrustaStun. Putting them in the freezer for three or four hours, where they fall asleep before eventually freezing to death, is “probably the most humane way I can think of” for home chefs to dispatch their lobsters, says Bloxham. It’s almost certainly better than boiling them alive, and also helps eliminate any harmful bacteria.