It has been almost 190 years since the last eruption on the Reykjanes Peninsula in Iceland, but officials think a new eruption could start at any moment. 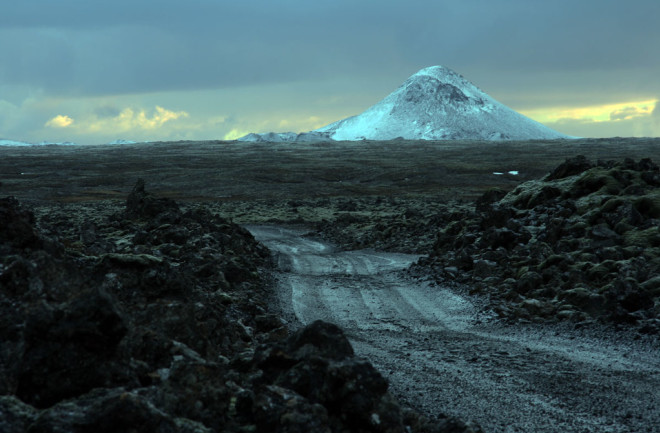 Over the past few weeks -- and extending sporadically over the last year -- there have been swarms of Earthquakes on the Reyjanes Peninsula in Iceland. Now, Icelandic officials say the earthquakes and tremor (see below) being felt around Keilir all point to the potential of an eruption starting there very soon, potentially today. The aviation alert for flights in and out of Reyjavík (only 20 miles/30 kilometers from the potential eruption site) has been raised to Orange and people are being warned to stay away from the volcano.

A map of earthquakes on the Reykjanes Peninsula over the past few weeks. Credit: IMO.

The Reykjanes Peninsula is where the normally submarine Mid-Atlantic Ridge system hops briefly up onto land across Iceland. The ridge is the source of the spreading that is slowly making the Atlantic wider and has been for tens of millions of years.

The earthquakes happening on the peninsula near Keilir aren't the only sign of potential activity. Mapping of the land surface using radar shows a lot of deformation -- more than can be explained by earthquakes alone. The Icelandic Meteorological Office (the nation's volcano monitoring agency) interprets this as magmatic intruding near the surface under the area.

Map showing the location of Keilir on the Reykjanes Peninsula. This is the potential location for the eruption. Credit: IMO.

Luckily, the Reykjanes Peninsula isn't highly populated and although Reyjavík is relatively close to the potential eruption site, the style of eruption means it is likely out of harm's way. Eruptions on the peninsula tend to be lava flows rather than large explosive eruptions. However, they can potentially produce volcanic ash that might cause issues for air traffic.

The last major eruption on the Rekyjanes Peninsula happened all the way back in 1831 at Reykjaneshryggur. There are a number of webcams pointed towards the area that you can watch to see what is going on if/when an eruption happens. Unfortunately, this is Iceland! In March! The wet and cloudy weather don't make for great views.