The year 2020 was tough for many reasons, but history reminds us that it could always be worse. 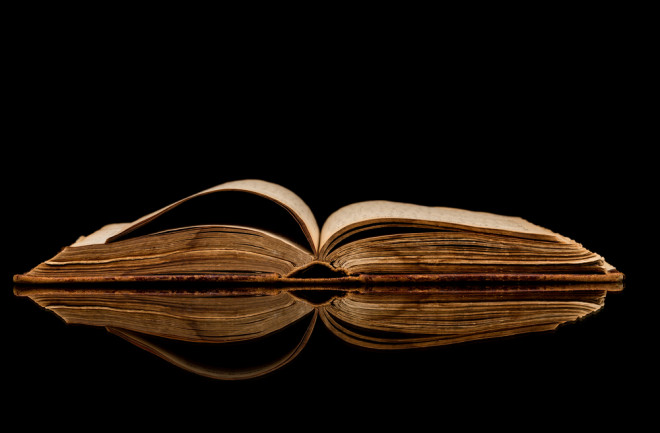 The year 2020 will undoubtedly go down in history as the worst year ever — at least to those of us living in it. It started with Australia on fire. By March, 46 million acres, an area roughly the size of Syria, had burned, destroying the habitats of more than 800 vertebrate species alone. The fires took the homes and lives of many people as well.

Then racial unrest broke out in the U.S. (and quickly spread elsewhere) after a white Minneapolis police officer killed a Black man, George Floyd. Hurricane season broke a slew of records. Meanwhile, as if inspired by Australia’s fire season, much of the Western U.S. went up in flames.

And, oh yeah, a pandemic raged across the planet, killing more than a million and a half people worldwide (so far) and more than 300,000 in the U.S., where it has also caused a recession putting more than ten million people out of work. No doubt about it, 2020 was a terrible, horrible, no good, very bad year.

But the worst year ever? Not so fast.

The world has witnessed some pretty lousy years — too many downright awful ones to mention in a single article. But here are a few that could give 2020 a run for the title.

We can agree that 2020 stunk, but at least we had some sunshine. In 536, a volcanic eruption in Iceland threw up so much ash that much of the world was enveloped in a sun-blocking fog. And like how COVID-19 is shaping up to be, the crisis wasn’t over in just a year. The darkness lasted for 18 months.

This wasn’t bad just for people’s moods. Temperatures plummeted, crops failed and famine was widespread. As if that weren’t enough, bubonic plague made an appearance and eventually wiped out between 25 to 50 percent of the Roman Empire's population. Bad as 2020 was, 536 probably was worse.

You don’t have to go as far back as the Roman Empire to find a really bad year, though. Consider 1520. It wasn’t so bad in Europe, but in the Americas it was a different story. The year 1520 marked the beginning of disaster.

When Spanish explorers landed in what is now Veracruz, Mexico in April of 1520, they carried a stowaway: smallpox. Over centuries of recurring smallpox epidemics, much of the European population had acquired immunity to the disease. But like modern earthlings with COVID-19, Native populations had zero immunity to smallpox. By mid-October, the virus had marched through the city, killing nearly half the residents.

Of course, this wasn’t just bad for the residents of Veracruz, despite the horrific death toll. Smallpox spread throughout the new world as European colonization continued. According to some scholars, as much as 90 percent of the population of the Americas perished from smallpox. More Native Americans were killed by this European germ than by any European weapon.

Just as World War I was coming to an end, a novel avian influenza virus made the jump to humans causing a deadly pandemic that lasted for more than a year. Sound familiar?

Unlike the current pandemic, the 1918 flu hit children under five and adults between 20 and 40 especially hard. There was no vaccine and attempts to limit gatherings and encourage good hygiene practices and mask-wearing had mixed results. Public health messaging wasn’t helped by the fact that President Woodrow Wilson’s administration downplayed the pandemic.

In an article published in Nature in 2009, historian and author John M. Barry writes, “When the full-blown and lethal pandemic wave arrived in the United States in September 1918, Wilson never made a single statement about [the pandemic], and lesser public figures provided only reassurance.”

The 1918 flu killed at least 50 million people worldwide and 675,000 in the U.S. — but recording keeping wasn’t as good back then, so the death toll could be higher. That’s more than the number of military deaths in both World Wars, and far more than the coronavirus — at least so far.

Many of the darkest periods in human history weren’t prompted by a novel virus or a catastrophic natural disaster. Adolf Hitler’s rise and the unthinkable horror that followed is perhaps the best-known example of this.

In 1933, Hitler took advantage of a fire in Germany's parliament building to arrest his political enemies and seize emergency powers. The fire is widely believed to have been started by the Nazi party for this purpose. Next, Hitler proceeded to dismantle the country’s democratic institutions and maneuver himself into a position of supreme authority. Hitler eased his way into power as the world was in the midst of a multi-year, worldwide economic collapse — the Great Depression — that began when the U. S. stock market crashed in 1929.

After taking over Germany, the Führer set out to rule the rest of the world. These plans were thwarted by World War II, which involved 30 nations and killed an estimated 75 to 80 million people, the majority of them civilians. In addition to these casualties, the Nazi regime systematically exterminated 11 million people, a genocide known as the Holocaust. This murder campaign targeted Jews, LGBT people, Slavs, and anyone else they deemed unworthy to live. The war ended in 1945, but the trauma didn’t.

Of course, there were plenty of years that were rough for non-humans. Perhaps the strongest contender for worst year ever is an uncounted year around 65 million years ago, when an asteroid slammed into what is now the Yucatan Peninsula, leading to a chain of events that wiped out 75 percent of life on Earth, including all the non-avian dinosaurs. So perhaps we should count ourselves lucky that 2020 brought a virus and not an asteroid.