The Underrated Genius of Neanderthals 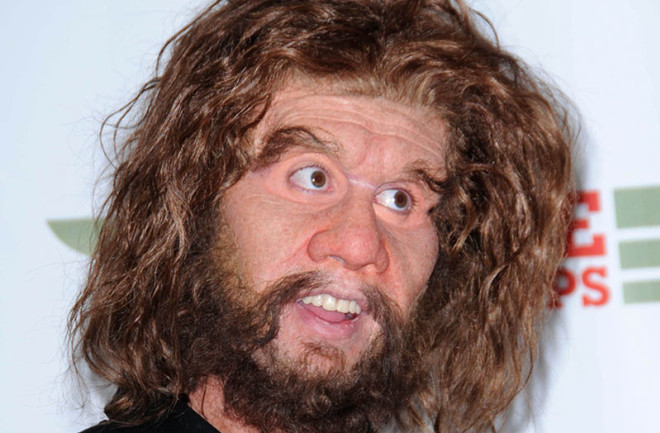 Geico’s “so easy a caveman can do it” advertising campaign incorrectly minimized the intelligence of Neanderthals. (Credit: Shutterstock)

For the last dozen years or so, Geico Insurance has run commercials featuring Neanderthals in modern contexts. The story line varies, but the take-home point does not: Switching to Geico is so easy that “even a caveman can do it,” says the tag line. The Neanderthal’s feelings are invariably hurt, and a stereotype gets perpetuated. Do Neanderthals really deserve such derision?

Popularly known as “cavemen,” Neanderthals were ancestral humans who lived in Western Europe, on the eastern shores of the Mediterranean, and in southwestern and central Asia from about 400,000 to 40,000 years ago. They lived in glacial environments during the Ice Age as well as in warmer time periods. Their foreheads were low and receding in contrast to the high, almost vertical foreheads of modern humans. They also had protruding faces and heavy brow ridges above their eyes. While it’s an open question whether you’d recognize a Neanderthal if you saw one on the street, groomed and dressed in modern clothes, I like to think they’d blend in at my museum’s holiday party.

The archaeological record from which we attempt to reconstruct Neanderthal behavior is exquisite—if you like stone tools. There are dozens of sites spanning hundreds of thousands of years. For well over a century, archaeologists have analyzed Neanderthal stone tools to understand how they were made, used, and (potentially) classified. Far less is known about Neanderthal work in bone, wood, or other perishables, for these materials do not preserve in the archaeological record. We do know, however, that Neanderthals buried some of their dead, so they probably enjoyed some concept of an afterlife.

Neanderthals have been the brunt of cruel jokes and the target of scientific and popular discrimination since the discovery of a Neanderthal skull cap in 1856 at Germany’s Feldhofer cave. It hasn’t helped that the first reasonably complete skeleton of a Neanderthal, found at La Chapelle aux Saints in southern France in 1908, was a toothless old man who suffered terribly from arthritis and other ailments. When first reconstructed and depicted by paleontologist Marcellin Boule, the skeleton was drawn stooped over and as if he was shuffling. The old marketing adage “you never get a second chance to make a good first impression” appears to ring true: Boule’s reconstruction remains remarkably influential even today.

But, I offer a full disclosure: I love Neanderthals. The old man of La Chapelle was not a good, representative sample of his healthier brothers and sisters, most of whom, if they survived childhood, were hardy folk. Thankfully, more recent scientific reconstructions of Neanderthals allow for their thoughts, senses of humor, and foresight, if not a fully modern culture. And what about those pesky stone tools?

The La Chapelle aux Saints skeleton, whose replicated skull is shown here (top), with its toothless mouth, does not represent a healthy Neanderthal. (Credit: Jacklee/Wikimedia Commons)

The La Chapelle aux Saints skeleton, whose replicated skull is shown here (top), with its toothless mouth, does not represent a healthy Neanderthal. (Credit: Jacklee/Wikimedia Commons)

Our human ancestors have been making stone tools for 3.3 million years. For over half of that time, the tools they created were unsophisticated and were fashioned only when needed. Simply find a piece of fine-grained stone, such as flint, that breaks in reasonably predictable ways. Strike that stone “core” with another, harder rock (the “hammerstone”) to knock off a “flake.” Presto! You’ve got a stone tool. That flake can cut, scrape, or pierce depending on your needs, the sharpness of the edge, and the shape of the flake.

But about 1.5 million years ago something began to change. Our ancestors started making stone tools that were more standardized, often in the form of teardrop-shaped hand axes. Some archaeologists would say those hand axes were “curated”—created and maintained in order to maximize their use-life and functional utility. No longer were stone tools expediently produced; rather, their care and creation required cognition and foresight.

About 325,000 years ago, a radically new stone tool manufacturing process burst onto the scene: the Levallois technique. Named after the archaeological site outside of Paris where the technique was first recognized and described by archaeologists in the 1860s, the process allows a toolmaker to create a tool of predictable size and shape.

For the Levallois technique, the toolmaker takes an oblong, relatively flat flint nodule and strikes flakes off the thinner sides of the core all the way around its circumference. She then flips the nodule over and strikes flakes off its front side, then flips it again to do the same on the back. Finally, and after a lot of such preparation, the toolmaker strikes one end of the core to remove a large and distinctive “Levallois flake” off its front. By design, the edge of the Levallois flake will follow the contours of previous flake scars, creating a very nice, thin, and predictably shaped tool.

The invention of the Levallois technique, which creates a predictably shaped Levallois flake, is the first tangible evidence of abstract thought in the archaeological record. (Credit: José-Manuel Benito Álvarez/Wikimedia Commons)

The invention of the Levallois technique, which creates a predictably shaped Levallois flake, is the first tangible evidence of abstract thought in the archaeological record. (Credit: José-Manuel Benito Álvarez/Wikimedia Commons)

The technique is anything but expedient—it takes time, effort, and skill to craft a Levallois core. Properly prepared, such a core can yield several flakes of predictable size and shape, all of which can be used as tools. Archaeologists have therefore pointed to its appearance as a watershed moment in human cognition—the degree of foresight and planning required to create a Levallois core is far greater than that required for all previous stone tool technologies, including hand axes.

Why is this important? Because for the first time we can see our ancestors focused on an abstract concept—a flake of predictable size and shape—that did not become manifest until the final Levallois flake was removed from the core.

And guess who used the Levallois technique: Our friends the Neanderthals did!

As for whether Neanderthals had the capacity for language and symbolic thought, the jury is still out. Recent research on a Neanderthal hyoid bone, which is found in the neck and supports the tongue muscles, suggests that they had the physical capacity for language. Their brains were on average larger than those of fully modern humans, and research points toward new evidence for genuinely symbolic thought. Given the vagaries of archaeological preservation, we will never know the complete range of physical objects Neanderthals produced. By extension, it is highly unlikely we will ever fully understand their capacity for creating abstract thoughts and symbols, much less language. Ah, oui.

Michelangelo once said that he “saw the angel in the marble and carved until I set him free.” A Neanderthal flintknapper once saw a tool in flint and chipped until she set it free—less romantic perhaps but evolutionarily more important.