The Science of Making a Wild Sourdough Starter

The Wild Sourdough Project aims to advance our understanding of yeast and microbes while helping home bakers create delicious bread. 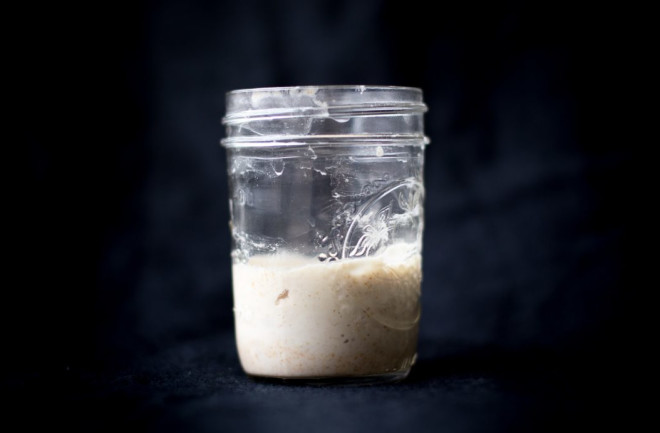 By now, you’ve almost certainly heard the news: Homemade sourdough is the greatest thing since, well, sliced bread. Being stuck in quarantine gives many of us more time to do things around the house, like baking. And stores are short on household staples, including bread, so, sure, might as well give breadmaking a try. But why sourdough and not brioche, or a French baguette?

In terms of ingredients, it rarely gets any simpler than bread. Flour, water, salt and, unless you’re making flatbread, yeast. For many of us, yeast is just something that comes from the grocery store in a little packet or squat brown jar, and looks unsettlingly like fish food when you open it. Along with self-rising flour, prepackaged baker’s yeast disappeared from most grocery store shelves long ago.

Take Part: Make Your Own Sourdough Starter for Science

Sourdough Starter to the Rescue

This is where sourdough makes its entrance into the quarantine zeitgeist.

Sourdough doesn’t need baker’s yeast. Instead, it’s made with sourdough starter, which promotes the growth of wild, naturally occurring yeasts from its environment. his process may seem fantastical, but there’s no magic involved. Sourdough starters simply expose the mundane and abundant presence of yeast in our world, and, in particular, in our homes.

This flour and water slurry is an incubator, providing a small home where, over the course of a couple of weeks, specific microbes like bacteria and yeasts can effectively set up camp and exclude other microbes like molds. Generally speaking, leaving out a petri dish for microbes to colonize is a recipe for a health hazard. So how is sourdough different?

Young sourdough starters contain many opportunistic generalists that grow equally well on plants, animals, and soil. But once naturally-occurring yeast and lactic acid bacteria set up shop, they produce alcohol, lactic acid, and acetic acid. These substances prevent the growth of other life forms that can be harmful to human health, ultimately creating a little haven of bread-making specialists.

The Origins of Bread

If baking your own bread feels nostalgic, that’s because it does harken back to an earlier time.

Scientists are still following literal breadcrumbs back to the origin of bread baking, but a recent archaeological discovery of burnt bread fragments near an ancient hearth in Jordan dates the earliest known bread to around 14,000 years ago. These leftovers from a tribe of hunter-gatherers predate the invention of agriculture by about 4,000 years, suggesting that the practice of baking bread is even older than the practice of farming grains.

We’ve been fermenting for so long that, in a way, the microbes have domesticated us, too.

Have you ever experienced that seemingly Pavlovian response when you think about bread? Saliva is our body’s first wave of digestion. Spit contains amylase, an enzyme that breaks starch into sugars. So your “I’m hungry” drool response means that your body recognizes a food as, well, food.

Saltine crackers and many store-bought breads lack the acids produced in sourdough. As a result, they tend to dry your mouth out, instead of inducing salivation. But the moment you  take a bite of sourdough bread, your flavor receptors light up and your body says “time to digest this delightful meal,” starting with a rush of saliva. Our ancestors couldn’t source their yeast from a grocery store. They needed the wild yeasts in their environment to ferment their dough, just like the quarantine bakers of the present.

So, our relationship with yeast is ancient. But even though our forebearers were scientists in their own right — harnessing the natural processes of fermentative microbes to create all kinds of novel food sources, from bread to kimchi, beer and wine, pickles, yogurt, and more — there is still so much to learn about this microbial world. Over the millennia, humanity has had ample time to  observe the effects of these microbial communities in our baking (think tangy flavor and bread rise).

A Mystery at the Heart of Bread Baking

But now we have the opportunity to find out which types of microbes help cause these effects.

Over the last couple of years, people all around the world have joined the Science of Sourdough projects created by Rob Dunn's lab in the department of Applied Ecology at North Carolina State University, to contribute data and learn more about yeasts and bacteria so diverse that scientists haven't even named them all yet. What better time for us to crowdsource new data from sourdough starters than now, when sourdough is having such a moment?

That’s why Erin McKenney, Lauren Nichols, Anne Madden, and Rob Dunn have launched a new citizen science effort called the Wild Sourdough Project. The experiment’s goal is to reveal how sourdough starter communities form over time, and to understand how factors like geography and the kind of flour used impact these communities.

But now we have the opportunity to find out which types of microbes help cause these effects.

In a time when a lot of the press about microbes is negative, we’re excited to focus on the bacteria and yeasts that help us thrive.

The yeast species living in sourdough starter are fungi, which are more closely related to us humans than they are to their bacterial neighbors, who we also need in some combination to get our delicious bread. The relationship between yeast and lactic acid bacteria — much like the relationship between humans and our sourdough starters — transcends species. So, much of this experiment is focused around getting to know the life of sourdough better. But your starter’s story is also about you. How has your life with your sourdough starter changed you — and, in particular, your attitude toward microbes?

As we all search for life together through this experiment, remember that the vast majority of microbes, those living in us, or on us, or around us, are not harmful. In fact, many of the microbes around us are absolutely necessary for human life to exist — microbes help, and are necessary for, our survival. And some, of course, do some pretty cool stuff for us too — like helping us to make bread.

Erin McKenney is director of undergraduate programs in the Department of Applied Ecology at North Carolina State University. Peregrine Bratschi and Max Cawley work in the Innovation and Learning Department at the Museum of Life & Science in Durham, North Carolina.