Tectonic shifts and a drop in atmospheric carbon dioxide allowed the development of the mighty ice sheet, the fate of which now hangs in the balance. 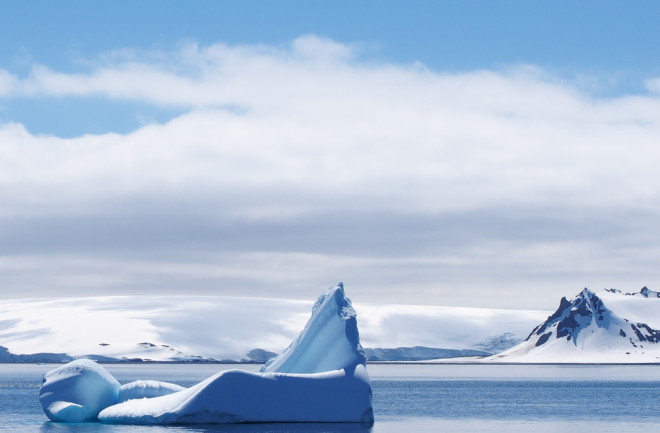 Millions of years ago, Antarctica wasn’t quite the ice box it is today. While still chilly by the rest of the world’s standards, the great southern continent likely had periods of relative warmth compared to modern temperatures.

To set the scene: the Americas and Australia were previously attached to Antarctica through land bridges. But everything changed roughly 34 million years ago when movements under the Earth’s crust propelled the landmass to split off.

This major separation, combined with a drop of carbon dioxide in the atmosphere around the time, may have kicked off a chain of events that concluded in the development of the massive ice sheets that still cover the land around the South Pole.

“Everything fits together by chance so that we actually get this outcome,” says Katharina Hochmuth, a geophysicist at the University of Leicester.

Ice and sediment cores have long shown that large ice sheets had formed by about 34 million years ago during the Eocene-Oligocene Boundary, but researchers didn’t exactly know why they cropped up at that time. In a November 2021 study published in Nature Communications, Hochmuth and her colleagues used high-resolution simulations of past ocean currents to learn more about water temperatures during the Eocene-Oligocene Boundary and reconstructed how the seafloor appeared at this time.

The models showed that the land bridges to the Americas and Australia allowed warm water (which flowed down the Pacific Coasts of the Americas and the east and west coasts of Australia) to reach Antarctica. Today, the average sea surface temperature in the Southern Ocean varies roughly from -2 to 0 degrees Celsius (28.4 to 32 degrees Fahrenheit). But the sea surface temperatures back then would have exceeded 15 degrees Celsius (59 degrees Fahrenheit). “That’s British weather — good British weather,” Hochmuth says. “It was definitely nice and warm down there at that point.”

There was likely still ice on top of mountains in Antarctica around the Eocene-Oligocene Boundary, Hochmuth says, but the ice sheets that dominate the continent and even extend over parts of the seas today were absent.

Once the Americas and Australia split from Antarctica and the former land bridges dropped to roughly 600 meters below sea level, a current began circumnavigating the now-isolated continent. This whirling current essentially blocks the warmer northern waters from traveling any farther south.

These landmass-splitting tectonic shifts coincided with a general cooling of the Earth, which may have resulted from a decrease in global carbon dioxide levels. CO2 levels dropped through the mid- to late Eocene, reaching a low point (for the time) at about 34 million years ago. Lower CO2 and colder waters off the coast helped to cool land on the southern continent. The frigid waters also aided the development and stabilization of a large ice sheet. “There are a lot of pieces of that puzzle that work together,” Hochmuth says.

In the beginning, the developing ice sheets probably resembled modern Greenland, where certain glaciers flow into the ocean. Researchers still debate how long it took for these ice sheets to grow, Hochmuth says, but by roughly 14 million years ago the continent probably carried giant ice sheets similar to those you can find today.

Hochmuth’s new models actually showed higher temperatures than previous ones had, she says. In fact, the recent estimates match more closely with information gleaned from fossil records: Scientists analyzing species preserved in ancient rocks can determine the likely temperature the creature would have needed to thrive in the ocean.

Today, this circular southern current is very strong — Hochmuth says you can even feel it when you cross it by boat. But some scientists are concerned that it's currently weakening due to climate change, she says, and warmer waters are penetrating the continental shelves. A weaker circular current would invite more warm water to the coast of Antarctica, which would melt the ice sheets from below and speed up their disappearance. “The more warm water that is coming into the southern ocean, the worse it will get,” Hochmuth says.

While the future is unclear, a weak current during the Eocene-Oligocene Boundary likely contributed to drops in temperatures in coastal waters around Antarctica.

“It doesn’t really matter how strong this current is that goes around,” Hochmuth says about the oceans 34 million years ago. “The issue is that it’s basically blocking warmer waters from coming into the Southern Ocean.”