Researchers say this new study can help us better understand why older animals become less social than younger ones. 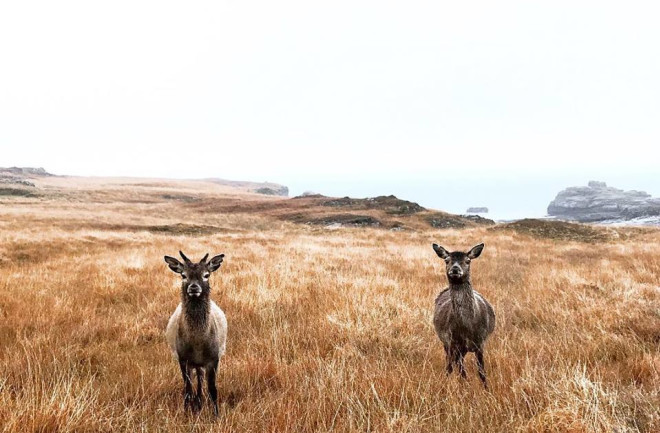 Scotland’s largest deer species, the red deer, usually live in open-hill habitats year-round in groups of up to 40 individuals, according to the Mammal Society. Females specifically live separately from males and tend to monopolize the grass-rich habitats.

But according to a new University of Oxford study, aging wild red deer on the Isle of Rum in Scotland choose to live in isolated locations and become less sociable. Greg Albery of the University of Oxford, and a team of researchers found that this behavior change could help us understand social behavior in other species, including humans.

“We found that deer’s social networks shrink as they grow old and begin associating less with others. This ‘social aging’ appears to be driven by older individuals choosing to live in more isolated locations and engaging with fewer other deer within these sparser areas,” says Albery in a press release.

The study reveals the consequences that come with age, and as the population ages, what happens to the group structure and function.

Researchers observed around 3500 female deer over their lifetimes, using a social network analysis method for a 46-year-long dataset.

“This new evidence of social aging in the wild shows the value of long-term datasets. By tracking many individuals simultaneously over their entire lives, we can understand how and why their social associations with one another change over time,” says senior author Josh Firth in a press release.

They found that as the female deer grew older, they interacted less with other deer and chose locations that were less populated, compared to their original home ranges. The older females also had smaller home ranges with lower-quality grazing, hidden away from the general population.

Prior to this study, researchers couldn’t understand why older species were less sociable than younger species. But this research shows that the individual animals themselves choose to become less social as they age.

“Combining social networks with spatial location data allowed us to disentangle the potential causes of these age-related declines in social behavior, and to show how individuals change their behavior throughout their lives,” says Albery in a press release.

After observing these social behaviors among red deer, researchers agree that more research is needed to understand why this is happening. The authors suggest that there are many factors at work. The deer could be moving to areas that are easier to forage as an elder, or they are more selective about which deer they socialize with, according to the press release.

Researchers hope to use the same long-term data analysis on other wild animals to understand a broader view of aging and social behavior in animal populations.