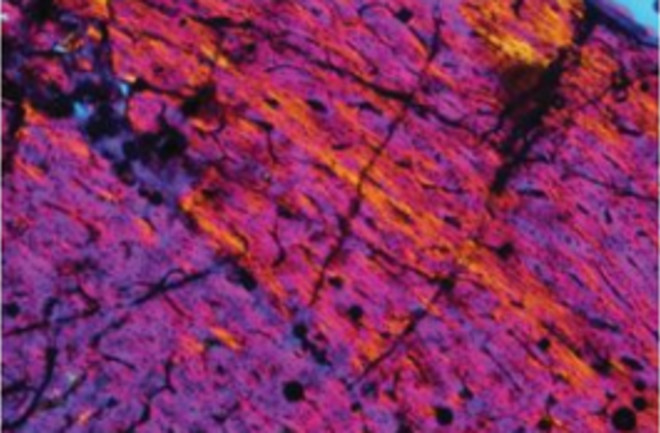 A cross-section through the outer portion of the cortex shows the deltopectoral crest, among other indicators. Paleontologists in Tanzania have unearthed fossils from a new species of prehistoric reptile. The bones may have belonged to the world's oldest dinosaur---or they may be from a reptile that kind of looks like a dinosaur. Currently, the oldest confirmed dinosaur fossil dates back 230 million years. By this point in time, dinosaurs had grown in size and population to dominate the Earth. But when exactly did dinosaurs first enter the prehistoric picture, and how long did it take them to rise to such prominence? Paleontologists have narrowed the timeline down to the early or middle Triassic---the period of 20 million years before the oldest known dinosaur came to be. The newfound species, dubbed Nyasasaurus parringtoni, predates this fossil by another 10 to 15 million years, and falls right in the middle of paleontologists' projected timeframe for the first appearance of dinosaurs. With only one upper arm bone and six vertebrae to work with, the researchers were able to glean a surprising amount of information about the newly discovered two-legged creature. It measured between 6 and 10 feet from head to tail, and only weighed between 45 and 130 pounds. Certain indicators in the fossils are unique to dinosaurs, namely an "elongated deltopectoral crest"---the attachment necessary to support strong chest muscles. Without more material the researchers cannot definitively declare the creature a dinosaur, rather than a silesaurid, the dinosaurs' closest relative. Still, scientists say the fossils are the best available evidence of the presence of dinosaurs in the middle Triassic period, and regardless of how it ends up being classified, the new species offers a valuable view of the lives of early reptiles. Image courtesy of Sterling J. Nesbitt, et. al.