Reintroductions, captive breeding and other novel strategies may help to stave off extinction for some wildlife. 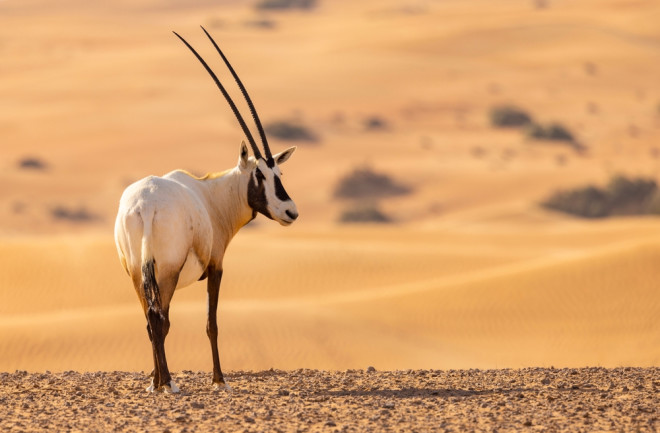 It’s natural for wildlife species to go extinct. But the number of species that have disappeared since the beginning of the industrial revolution has caused a crisis that some refer to as the sixth mass extinction event. The wave that has caused an estimated 900 species to disappear since 1900 is also known as the Holocene Extinction. Humans are driving these extinctions, through direct hunting and killing, pollution, development, the introduction of invasive species or climate change.

The International Union for Conservation of Nature (IUCN) estimates that more than 40,000 species are threatened with extinction on the planet. Of those species, 41 percent are amphibians, while mammals account for 26 percent and 21 percent are reptiles. Birds account for about 13 percent while sharks and rays account for 37 percent.

Some, like the Fernandina Island Galapagos giant tortoise or the Voeltzkow’s chameleon were thought extinct for more than a century before scientists rediscovered them. For others, biologists and wildlife managers are using several strategies to stave off a species-wide destruction. Here are a few of many animals that scientists are actively working to save.

The last western black rhino went extinct in the early 2000s, while the last male northern white rhino died in 2018 in Sudan. But southern white rhinos (Ceratotherium simum simum) have recovered from their most critical phase — scientists believed they went extinct at one point.

Experts placed southern white rhinos in protected areas around wildlife reserves such as Krueger National Park in South Africa starting in the mid-19th century. The rhinos steadily recovered and are now at about 18,000 animals. But these massive animals still aren’t out of the woods, since they face threats from poachers hunting for their horns.

Avian malaria first appeared in Hawaii in the 1930s and made a huge impact on the endemic bird species on the island. Some species found refuge in the high-elevation parts of the archipelago, too cold for the southern house mosquitoes that transmitted avian malaria. But with climate change gradually increasing the temperature in the high parts of Hawaii, the invasive mosquitoes are climbing higher with the disease. In recent years, species such as the ‘akikiki, a type of Hawaiian Honeycreeper (Drepanididae), has drastically decreased with only a few dozen left in the wild, and the ‘akeke‘e has a few hundred, but is dropping fast.

Wildlife managers are currently planning on introducing a type of biological control. By involving bacteria, managers could render mosquitoes infertile in some areas, which would slow the spread of the disease that infects some mosquitoes and buy time for species like the ‘akeke’e. But wildlife managers may have to take some birds into captivity because of their critically low numbers.

Scientists declared black-footed ferrets (Mustela nigripes), which historically lived in the prairie regions of the U.S. and Canada, extinct in 1979 due to farming development and the use of rat poisons, among other things. But experts also discovered a population in Wyoming a couple of years later. Shortly after, a new threat arose when a spread of sylvatic plague nearly wiped out the remaining ferrets, spreading from the prairie dogs the ferrets prey on.

But wildlife managers from the Black-Footed Ferret Conservation Center and others have been breeding ferrets in captivity and releasing them to bolster the remaining wild population in Wyoming, as well as starting other populations. They are vaccinating them for plague, and more recently, SARS-CoV-2 — the virus that causes COVID-19 in humans, which also may infect ferrets.

Nobody had seen California red-legged frogs (Rana draytonii) in the wild in the U.S. for years until surveys turned up a few frogs in the late 19th century. The frogs were scarce partly due to losing habitat from development, and partly due to the remote nature of some of their remaining habitats. Biologists worked on a number of projects to gather the wild frogs’ laid egg masses and reintroduce them to new suitable ponds, sometimes after letting them hatch in captivity and grow for a while.

But in many cases, they had to deal with a new obstacle — predation from larger, invasive bullfrogs. Wildlife managers removed bullfrogs from places like Yosemite Valley before reintroducing the frogs, which now live in several parts of Yosemite National Park and elsewhere around Lake Tahoe. Experts have also found the species in parts of Baja California in Mexico, though they know less about the size of those populations.

While scientists believed the last wild Arabian oryx (Oryx leucoryx), which was only found on the Arabian Peninsula, was shot in 1972, they were still able to rehabilitate these animals in captivity around the world. Some experts released these animals in wildlife reserves such as the Dubai Desert Conservation Reserve. Today, the animals are doing so well that they are now overpopulated, but many of these reserves are enclosed and intensely managed, protecting the animals from problems they may face in an unmanaged wilderness.

Scientists are working to track the animals to find out more about how they form herds and live so they can help them recover in other areas. Thanks to this work, the IUCN upgraded their classification from extinct in the wild to vulnerable.

Even when the population was healthy, experts only found the Utila spiny-tailed iguana (Ctenosaura bakeri) in the mangrove swamps of a tiny island off the Caribbean coast of Honduras. Utila is only 17 square miles in size, and the iguanas are now confined to only 2.5 square miles of swamp.

Conservationists with the Iguana Foundation are working with local non-governmental organizations to stave off the disappearance of the iguanas — the foundation estimates only about 5,000 of the lizards are left. Restoration includes raising young iguanas in captivity to give them a better chance at surviving into adulthood and restoration of mangrove forests.