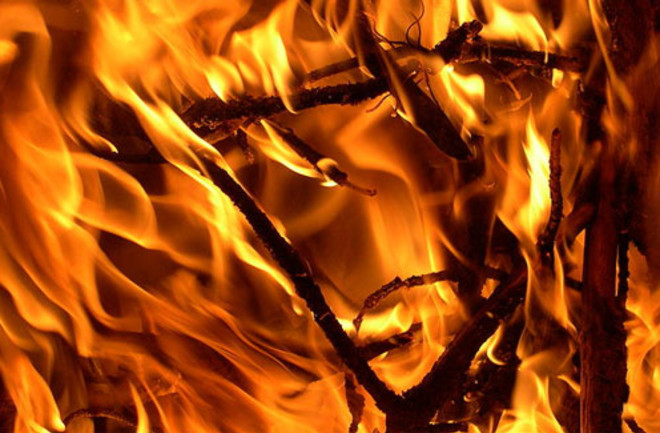 What happens when evolutionary biology disagrees with archeology? If you're thinking "scientific headache," you're right. New research suggests that Europeans first regularly used fire no earlier than 400,000 years ago---an assertion that, if true, leaves evolutionary anthropologists in a lurch because this date isn't linked to the substantial physiological changes we'd expect with the advent of cooked food. The Controversy The majority of archeologists think that early humans' control of fire is tied to their migration out of Africa. After all, how else would the first Europeans cope with the freezing winters? Based on archeological evidence, we know that early humans first arrived in southern Europe over a million years ago, and---based on the Happisburgh site ---reached England around 800,000 years ago. So the problem with the new 400,000 year-old date is that it means that hominids suffered through hundreds of thousands of years of cold winter unaided by fire. And according to evolutionary biologists, this new date clashes with the idea that cooked food aided the evolutionary enlargement of the human brain. The 400,000-Year-Old EvidenceThe new date is based more on lack of evidence than anything else: Researchers examined excavation reports from 141 European archeological sites ranging between 1.2 million and 35,000 years old, and didn't find any evidence of "habitual fire use" until 400,000 years ago. They did this by only looking for evidence of controlled and habitual fire use, including charcoal clusters, sediments reddened by heat, and evidence of the flames required to make pitch. Also, they looked for places where fires couldn't (or were less likely to) form naturally, such as inside caves: If you find burned bones inside a cave, chances are they were created by someone who was burning things. Using this criteria, the researchers threw out 19 potential fire sites that were older than 400,000 years, concluding that two sites---one in Germany and one in England---showed the first clear signed of habitual, intentional use of fire. The Schoningen, Germany, site included heated stone, charred wood, and wooden tools; and the Beeches Pit site in England revealed ancient fireplaces---clear evidence that controlled fire had to have started by that time period.

"This confirms a suspicion we had that went against the opinions of most scientists, who believed it was impossible for humans to penetrate into cold, temperate regions without fire," said Paola Villa, a curator at the University of Colorado Museum of Natural History. [SIFY News]

Along with her collaborator, Wil Roebroeks of Leiden University in the Netherlands, Villa also called into question the traditional evidence for prehistoric fire use, such as isolated charred bone fragments and charcoal chunks, and they caution that they're only studying European fire use---their findings shouldn't be applied to all hominids. For example, in Israel's Gesher Benot Ya'aqov site, habitual fire use is dated to 780,000 years ago, and this is based on clear evidence: The archeologists mapped the distribution of burnt and unburnt artifacts and discovered that they clustered at specific area, suggesting hearths. But Villa and Roebroeks say that there is no evidence that the Israeli hominids gave their skills to the European ones. Not According to Biology Based on the evolution of human physiology, Harvard evolutionary anthropologist Richard W. Wrangham, author of Catching Fire: How Cooking Made Us Human, says that hominids could have been using fire as early as 1.9 million years ago.

If the archaeological evidence points in the right direction, it's unclear how modern human ancestors eked out a living during lean times and why the arrival of cooking about 400,000 years ago had, at most, trivial effects on our anatomy. "Or the biology is right, in which case we have the puzzle of why some early human occupations show no evidence for the control of fire," he wrote. [MSNBC]

Wrangham says the advent of cooked food would have had drastic effects on human evolution, and there's no evidence that these effects started around 400,000 years ago. Humans had already developed small teeth and small guts by that time, which may suggest that they were able to cook their food long before then: Cooked food is easier to digest, and so the advent of cooking (and therefore the harnessing of fire) in Europe should coincide with these physiological changes. Some biologists say it doesn't make sense how early humans could have developed smaller guts before we had fire. “No one has solved this problem yet," Wrangham told the New York Times. In his book, Wrangham also argues that human bodies would have had to expend less energy to digest cooked food, allowing our bodies to use that energy for other purposes, such as evolving larger brains---and so he also points out this 400,000-year-old date doesn't coincide with any significant evolutionary brain expansion. In short, the biology and the archeology don't add up. Agree To Disagree (for Now) For the moment at least, the archeologists and evolutionary biologists are each set in their arguments, and that's because the new dates provide only a minimum age for European fire control: There haven't yet been any examples of older fire use, though that doesn't rule out that there aren't any. So if the new dates are correct, how could humans survive hundreds of thousands of years in the bitter cold without fire? The researchers say that early Europeans may have been highly active and ate high-protein foods like raw meat and seafood, both of which are documented. As Villa told the New York Times: “It means that the early hominids were very adaptable ... Try to go to England now without warm clothes.” Related Content: DISCOVER: #76: Europe’s Oldest Hominid Makes Its Debut DISCOVER: Human Origins 80beats: More Evidence That Our Cro-Magnon Ancestors Shunned Neanderthals 80beats: Homo Erectus Women Had Big-Brained Babies, New Fossil Suggests