DNA evidence of near-extinct relative of the feral pigeon — the Rock Dove — could help curb ‘extinction by hybridization.’ 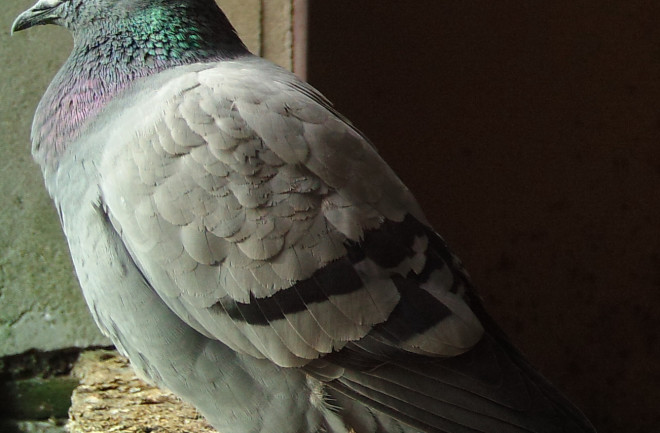 Through DNA testing, a research team from Oxford University’s Department of Biology has discovered rare colonies of Rock Doves — ancestors of the domestic and feral pigeon — on islands in Ireland and Scotland. Though the Rock Dove is extinct in other parts of the U.K., like Wales and England, the recent discovery can shed insight on how feral pigeons came to be.

“Studying the decline of the Rock Dove has been challenging for researchers because of such extensive interbreeding and replacement with feral pigeons,” says Will Smith, lead author of the study in a press release.

Rock Doves once inhabited regions of Europe, Africa and Asia, though some ornithologists believe that the remaining Rock Doves are interbred with feral pigeons and that few true Rock Doves still exist. This process is known as extinction by hybridization. However, these recent findings suggest there are colonies of true Rock Doves on these remote islands and perhaps in the Mediterranean and Faroe Islands — most likely since feral pigeons have not colonized that area.

To determine if the Rock Doves were interbred with feral pigeons, researchers examined DNA from collected feathers. Researchers caught both feral pigeons and Rock Doves in North Uist (Uibhist a Tuath), Outer Hebrides, Orkney and Cape Clear Island; in a joint effort from the British Trust for Ornithology and Oxford University. From these feathers, they determined how much of a genetic influence feral pigeons had on these Rock Doves to see if they were truly wild.

The research team separated Rock Dove DNA from feral pigeon DNA and determined the amount of interbreeding between the two species. Results showed that Rock Doves and feral pigeons descended from the same undomesticated pigeon lineage. It was determined that the birds on Orkney in Scotland showed signs of extensive interbreeding, to the point of Rock Dove extension on the island. However, Rock Doves from the Outer Hebrides had different results.

“We identified feral pigeon ancestry in most of the Scottish and Irish Rock Dove populations we sampled,” says Will Smith in a press release. “And there have been feral pigeons in Europe for hundreds of years. It was therefore really surprising to discover that the Outer Hebridean Rock Doves showed negligible signs of hybridization.”

From this information, researchers are hoping to find ways to prevent other plants and animals, such as the Scottish Wildcat from also facing extinction by hybridization.