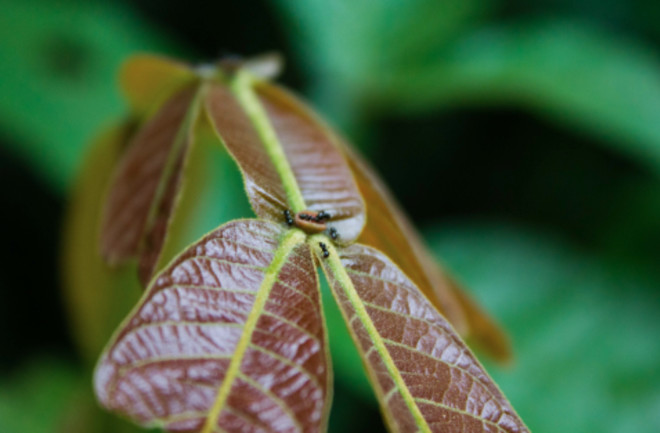 In December, I had the amazing opportunity to spend almost two weeks in the Peruvian Amazon at the Tambopata Research Center to do research for a book I’m writing on venoms.

The Amazon is home to some of the most notorious venomous animals on Earth. There’s the bullet ant: an animal whose venom is so painful, it is said to be like getting shot. Then there are the wandering spiders: large, aggressive arachnids known for their deadly bite. And that’s not even getting into the various snakes with venoms potent enough to kill in less than an hour.

But while I was expecting the cornucopia of venomous animals, I was completely unprepared—and amazed—by the array of defenses employed by the Amazon’s flora. It seemed even the most gentle of plant species was armed with some kind of spine or spike, and if it wasn’t, you could pretty much bet it had enlisted an army of ants instead.

I was so impressed by the flora’s weaponry that I took hundreds of pictures. Here are some of those photos, a tribute to the Amazon’s feistiest foliage:

These extrafloral nectaries draw ants, which will defend their food with a vengeance.

Don’t be fooled by the lone ant…

… touch the Devil’s Den tree, and more will appear…

...until you’re flooded with some of the most painful and aggressive ants around!