Otters Leave Behind Their Own Archaeological Record 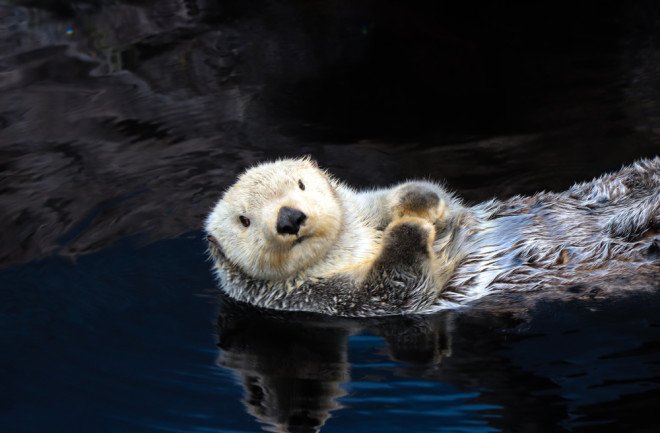 By smashing shells open for food, otters are leaving their own archaeological record behind. (Credit: nvphoto/Shutterstock)

Oh, otters. The adorable weasel-puppies of the water. They famously hold paws while they’re sleeping so they don’t drift apart, which is about as cute as you can get. But these little marine mammals are also quite crafty. They’re often observed cracking open a tasty meal of mussels, crab or clams with the help of rocks. And a new paper out today in Scientific Reports says otters’ handy use of rocks can leave an archeological record.

There are a few ways otters get to the meat of their prey. They can pry shells open with their teeth, bang them against their bare chest or against a rock they lay on their chest — kind of like a rudimentary cutting board — or they can pop over to a large stationary rock or boulder in the water and smash the shell against that, using it as an anvil. [embed]https://www.youtube.com/watch?v=yZDYP4Itygc&feature=youtu.be[/embed] An international group of researchers observed a tidal site populated by sea otters in central California over the span of 10 years. And they found something interesting about the anvil technique. Over time, the act of cracking shells against fixed stones left behind distinctive wear patterns on the rocks. Plus, the way the otters smashed mussels in particular resulted in a consistent breakage pattern in the shells. From the samples the team took from discarded piles of shells called middens, it seems the otters always broke the right side of the shell, leaving the left side basically undamaged. (Though they admit this right-side favoring could come down to pawedness.) Still, the authors of the paper argue that these specific breakage patterns, plus the wear on the nearby rocks, could help researchers who study coastal middens — which are helpful archeological records — distinguish whether humans might have been hanging around, or if it was just otters. On the flip side, this otterological record (har har) could also help experts pin down where ancient otters once frolicked before migrating or going extinct.