One of the World's Oldest Beer Recipes Unearthed in China 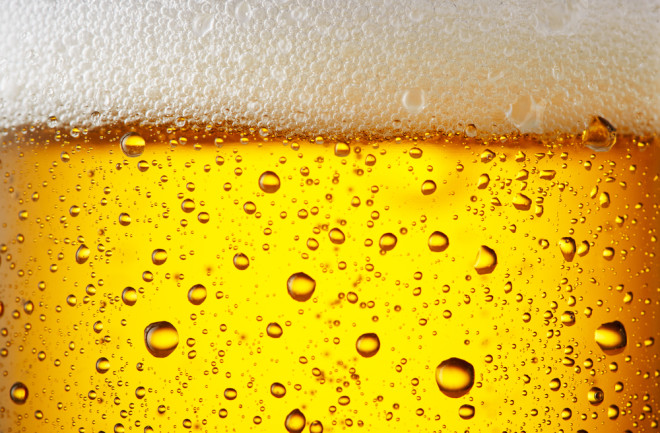 (Credit: shyshak roman/Shutterstock) Two pits recently unearthed in China contained archaeological evidence of what could be one of the world's oldest microbreweries. Located at the Mijiaya archaeological site in northern China, the pits contained a number of vessels of varying shapes as well as small stoves. The archaeologists studying the site say the ancient inhabitants had all of the tools necessary to produce a favorite fermented beverage from millet, barley and other grains. They also analyzed the yellowish coating found on the inside of the vessels and found evidence of steeping, mashing and fermentation — all steps in the beer-making process. Using carbon dating, the researchers estimate that the pits are anywhere from 4,900 to 5,400 years old.

Everything a Brewer Needs

The ancient recipe for beer included broomcorn millet, barley, Job's tears (a type of grain-bearing plant native to south-east Asia), and tubers. The grains were likely ground into a mash and heated on the stove, using the wide-mouthed pots found in the pits. After they had been fermented, a funnel was used to strain the leftover grains from the brew as they were transferred into amphorae for storage. The resulting alcoholic beverage may have been a far cry from the ales and lagers of today, but it can still make a claim to being one of the first craft beers. They published their findings Monday in the Proceedings of the National Academy of Sciences.

A funnel used in the brewing process. (Credit: Jianjing Wang) The Mijaiya dig site dates back to the late Neolithic period, and likely belongs to the Yangshao people, an early Chinese society composed mainly of semi-nomadic farmers. While evidence of beer in China goes back thousands of years, this would be the oldest confirmed evidence of brewing in China. A much older site in Henan province dating to the around 7,000 B.C. may provide evidence of even more ancient fermented beverages, although those would have been made from rice and honey. While similar clay implements were discovered at that site, actual evidence of alcohol is lacking.

In order to verify that it was indeed beer that filled the ancient clay pots, the researchers analyzed a yellow residue left over from the brewing process that still coated their insides. Although the organic remains had long since deteriorated, the ancient grains nevertheless left a distinctive mark on the pots. To determine what kind of grains the ancient brewers used, the researchers examined microscopic mineral structures called phytoliths. Made of silica, phytoliths are found inside some species of plant, and their shape is unique to each species. Their function is not definitively known, although it is thought that they lend structure and support to plant stems. Analyzing the shape of the phytoliths allowed the researchers to determine exactly which plants went into the beer recipe.

A close-up of the residue found on the inside of the vesselc (Credit: Jiajing Wang) Once they had the ingredients, the researchers had to figure out if any actual brewing was taking place. So, they did the only reasonable thing: they brewed beer themselves. The researchers subjected the same types of grains to malting, mashing and fermentation — the primary steps in making beer — to see if they would end up looking like the starch grains they collected from the ancient clay vessels. Those grains showed signs of pitting, folding and distortion, features common to plant cells that have gone through the brewing process. In addition to the world's oldest craft beer, they ended up with starch grains that looked extremely similar to the samples they took from the brewing pits. They also found compounds known as oaxalates that are a byproduct of beer brewing, further suggesting that the Yangshao probably liked to kick back with a brew from time to time. Unfortunately, there's no word yet from the researchers on what the resurrected beer recipe actually tasted like.