Metal Injections Make A Spider Silk that Spiderman Would Envy 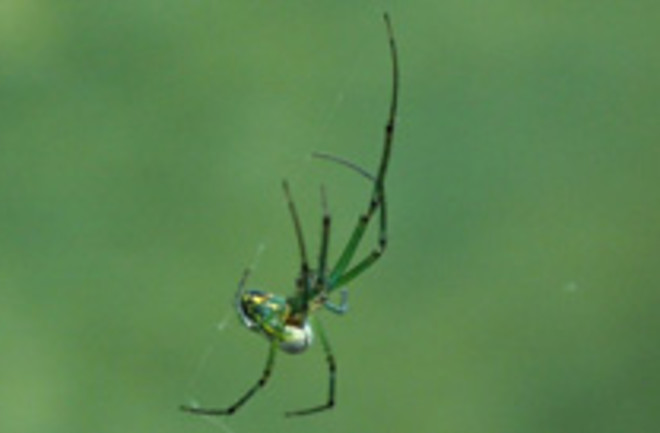 Scientists have managed to make extra-strength spider silk—already notable for having a tensile strength higher than many alloys of steel, even though its comprised entirely of proteins [Ars Technica]—by incorporating small amounts of metal into it. A research team at the Max Planck Institute was inspired by studies showing traces of metals in the toughest parts of some insect body parts. The jaws of leaf-cutter ants and locusts, for example, both contain high levels of zinc, making them particularly stiff and hard [Reuters]. The researchers wanted to try adding metals into existing biological materials, and decided to start with the Araneusspider. The researchers, whose work is published inScience, used atomic-layer deposition to pulse zinc, titanium, and aluminum ions into spider silk [Technology Review]. The process is used normally to apply a thin film layer of one material onto another, but the researchers found that the metal ions had actually penetrated and reacted with the protein structure of the silk, yielding a material significantly stronger than natural spider silk, though they don't quite understand how the integration occurred. One of the researchers, Mato Knez, attributes the strengthening effect to the metal's displacement of hydrogen bonds within the silk's protein structure.... The team were also able to show that the outer metal coating of the silk was of minor importance in the improvement of strength, and therefore that the phenomena was caused by the metals imbedded in the protein fibres [Chemistry World].

The technique may be useful for manufacturing super-tough textiles and high-tech medical materials, including artificial bones and tendons. "It could make very strong thread for surgical operations" [