Probably not, but demand may fall in the future. 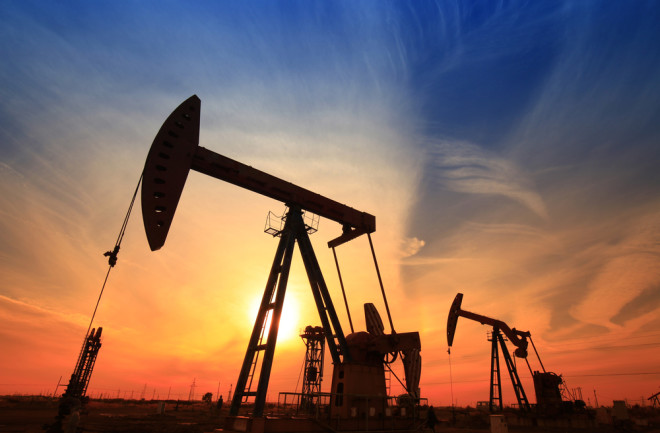 The fossilized organic compounds of ancient life on Earth sure do provide us with a handy way to get around. We pump oil into our cars, argue about it in politics and fight wars over it. And that’s without even getting into its role in global climate change.

But politics aside, what happens if we just continue to use oil? Will we ever run out?

The answer could be simplified to a basic “no,” but it’s rather complicated. For starters, we don’t actually know how much oil the Earth has. There are a number of different ways to categorize oil, from proved reserves to those that are technically recoverable. And even these don’t all describe how much oil might actually sit underneath the earth.

Furthermore, the production of oil depends on demand, and the development of technology. Vehicles get more and more efficient when it comes to consuming oil, while new technology such as electric cars or hybrids can take a bite out of use as well.

When talking about oil, many statistics focus on proved reserves. According to the British Petroleum’s 2019 Statistical Review of World Energy, the total proved reserves of the planet’s oil at that time was 1,733.9 billion barrels. Yearly global consumption in 2019 was about 35.9 billion barrels. A basic calculation reveals that if proved reserves didn’t grow, and if consumption remained constant at 2019 levels, it would take only about 48 years — meaning some time in 2067 — to exhaust those reserves.

The trouble is, proved reserves only represent the oil that a given region can theoretically extract based on the infrastructure it has planned or in place. This is only “the tip of the iceberg,” says Steven Grape, who works with proven oil reserves for the U.S. Energy Information Administration (EIA).

In other words, technology has a big impact on what’s considered a proved reserve.

For example, the extraction of bitumen, a very viscous form of petroleum the Canadian Association of Petroleum Producers compares to “cold molasses,” has greatly increased its technological capacity over the past few decades, thereby increasing proved reserves substantially in Canada. Other technological developments in recent decades, such as horizontal drilling or hydraulic fracturing (fracking), have also contributed to increasing the world’s proved reserves despite an increase in global consumption (and in controversy).

As technology changes over time, agencies like the EIA also focus on what they call “technically recoverable resources” or TRR, a term applying to oil that can be extracted using current methods and technology, but that may not be profitable. As a result, these aren’t necessarily great numbers to determine how much oil is realistically available to us, but the numbers for technically recoverable oil do exceed proved reserves in many regions. The United States, for example, has 344.1 billion barrels of technically recoverable oil, according to a 2020 document by the EIA, compared to only 42 billion barrels of proved reserves.

“Estimates of TRR are highly uncertain, particularly in emerging plays where relatively few wells have been drilled,” explains the Oil and Gas Supply Module of EIA. “Early estimates tend to vary and shift significantly over time because new geological information is gained through additional drilling, because long-term productivity is clarified for existing wells, and because the productivity of new wells increases with technology improvements and better management practices.”

In the U.S., again, the number of technically recoverable oil resources was estimated to be around 143.5 billion barrels of oil at the end of 1990, according to the EIA. That number has more than doubled despite rising production.

“Technology and geologic knowledge increased faster than U.S. production, therefore increasing estimates of technically recoverable resources through time,” says Scott Lauermann, a spokesperson for the American Petroleum Institute. “You cannot take today’s estimates of technically recoverable resources and estimate when we will ‘run out’ because those estimates are based on today’s technology and known formations, not tomorrow’s.”

Meanwhile, there’s an even larger category out there, which is undiscovered technically recoverable resources, meaning resources the U.S. Geological Survey predicts are there.

“Undiscovered resources are those that are estimated to exist based on geology, geophysics, geochemistry, and our familiarity with similar basins and rock formations. They have not yet been proven to exist via drilling,” says Alex Demas, a spokesperson for the USGS.

And beyond even this is a whole host of other types of undiscovered or technically unrecoverable oil due to the way that oil sits under the ground.

The End of Oil, or the End of Demand?

Clark Williams-Derry, an energy finance analyst with the Institute for Energy Economics and Financial Analysis, an organization whose stated goal is “accelerating the transition to a diverse, sustainable and profitable energy economy,” says that while the oil of the Earth may be finite, asking how long it will last isn’t necessarily the right question. The question should be: How long will we want it and at what price?

In other words, proved reserves will always fluctuate with demand, as demand dictates the price. If the price was high enough, the cost of extraction would be worthwhile.

“There will probably always be some way to extract it somewhere,” Williams-Derry says.

Demas agrees. “The issue is mostly cost. Some quantities of oil are just very expensive to recover,” he says. “As the price of oil goes down, it becomes less attractive to produce.”

Even high oil prices can be a two-edged sword for producers, since high costs can inspire consumers to search for other sources of power. High prices can prompt the development of energy-efficient technology. Alternative sources of fuel like natural gas or renewable energy are also eating into the demand for oil. Since a large portion of oil is consumed by vehicles, technological developments such as electric cars or hybrids play a role in demand as well.

The signs of decreasing demand have begun to appear in the past few years, Williams-Derry says. And the COVID-19 pandemic has only accelerated this drop in demand as the past year has seen a significant decrease in the numbers of cars on the road. What happens next is difficult to forecast.