Is it Time to Change Tack in the ‘War on Rats’? 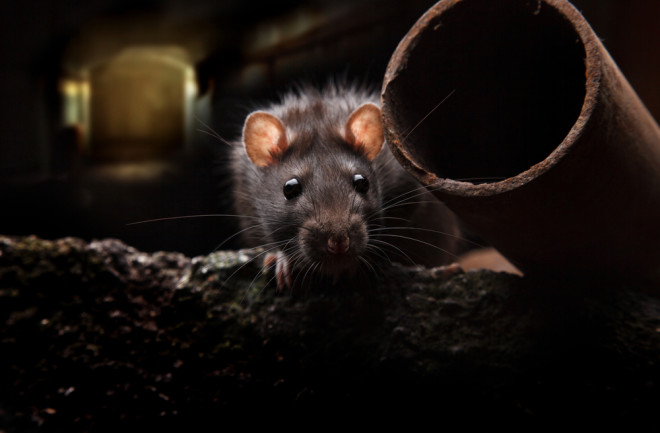 For decades, cities around the world have waged a war on rats. These pests can cause all sorts of havoc in urban environments. They are linked to a variety of diseases, can harm the mental health of city dwellers, damage infrastructure and be a death knell for local businesses. In sum, the cost of infestations can be great on the economy and health.

The “war on rats” has shown little progress, argues a study published last month in the journal Frontiers in Ecology and Evolution. To get a handle on these crafty critters, the authors say we need to take a new approach that looks beyond the rats themselves to address wider community issues.

Michael Lee and his colleagues trawled thousands of studies dating back to the early 20th century to assess the effectiveness of the “war on rats” approach, at the University of British Columbia School of Population and Public Health.

“[T]he war on rats that we described in the paper is essentially cities trying to reduce rat populations at as large a scale for as long as possible,” says Lee, a doctorate student and research assistant at the University of British Columbia. They found, with few exceptions, that resource intensive battles to eradicate rats have gained little ground.

Those programs that were successful to an extent often relied upon the widespread and prolonged application of rodenticides to deal with rat problems, says Lee. When these programs stop or change, however, rat populations can quickly rebound back to previous levels. Lee points to the example of Budapest, Hungary, which thanks to a lengthy eradication program beginning in the 1970s, became a virtually “rat-free city.”

“They did this massive rodenticide campaign across the city, and they saw 99 percent reduction in rats, and they were able to continue doing this campaign for the next 40 years,” Lee states. In recent years, though, rats have returned.

Concerns over the wider environmental impact of rodenticides are also growing, says study co-author Kaylee Byers, an urban rat detective and postdoctoral fellow at the University of British Columbia. “There's growing literature to show that rodenticide doesn't just affect rats. It ends up in our waterways [and] it ends up in other urban wildlife.”

Multiple species are vulnerable to rat killing chemicals and according to statistics in the United States, there are thousands of poisonings of people due to rodenticides reported every year.

“The authors show why the ‘war on rats’ has been, with few exceptions, a fallacy,” says Michael H. Parsons, a rodentologist and visiting scholar at Fordham University. “War is an intense, pre-meditated conflict between two sides. With regards to rats and people, our actions mostly benefit them. After we provide [food, water, and harborage], we ignore them until an infestation is already present — at which point it is too late to sufficiently control them at a large scale.”

In light of this, Lee and Byers argue that rats should be viewed as a wicked problem — one that essentially has no final solution and that can only be managed. Looking back at the example of Budapest, Lee states “there’s no stopping point where you can say that you've been successful, you're just going to have to keep managing the problem, perpetually over time.”

Across cities, there can be multiple sources of food, water, or shelter for rats to thrive and multiply. Dealing with these and controlling rat populations can be a momentous challenge for authorities. In other words, it’s a war that can never truly be won.

“If you're trying to eliminate all of those things on a continual basis across the city, you kind of run into the problem that in reality, that's not something that's actually going to be possible,” Lee continues.

Managing the problem, he believes, requires going beyond the “rat-specific” lens through which this century-long war has been fought so far.

Rat infestations are complex. A multitude of factors can lead to a rat problem springing up in a city, a neighborhood, or even a specific household. Understanding this broader context is key to addressing the issue, Lee and his colleagues believe.

“If you look at places where rats are common, [such as] neighborhoods in the city that are neglected, that are deteriorating, is it the rats that are really problematic there?” he asks. “Or is it the overall state of those neighborhoods?”

If rats are associated with problems in urban neighborhoods, then “essentially what you're saying is you have to also solve neighborhood deterioration and disorder to be able to address rats,” says Lee. Investing resources to address substandard housing or waste management could then be prioritized, contributing to wider community health, while also dealing with the rat problem.

There remains an important place for “integrated pest management” – or the war on rats approach – to address local issues, the researchers state. Though improvements could be made to these methods, such as bringing local stakeholders, such as communities or businesses, into discussions to ensure that all views are heard when developing responses and management programs.

Parsons sees that this approach – mapping the complexity of the problem – is important “to proactively treat rats at a greater scale.”

“Being proactive and systematically solving the issues that lead to rats before they breed, rather than [being] reactive to individual complaints is the single, most important way forward,” he adds. “This new way of thinking about the problem allows us to take a step back from just trying to manage the rat specifically and think about the broader context of the ecosystem in which we're talking about rats,” Lee says.