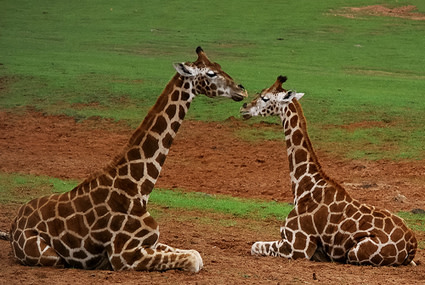 It's a tough life being stuck in the zoo, especially for those looking for love. Animals might have one or two members of the opposite sex to choose from, maybe more if they're lucky. But in this Internet age, when a Capricorn from Seattle and a Libra from South Carolina can connect on via a Web dating service, why shouldn't animals have their own site? Zoos had shared information about their animals before, trying to match them up the best way possible, but now the Zoological Information Management Systems has taken the process into the 21st century. The approximately 150 participating aquariums and zoos can not only see the size and weight of the eligible critters, but also read about their temperament. The electron version of the "studbooks," as they're called, should help zookeepers make sure that their animals don't interbreed too much, which can happen fast in captivity. With the speed of the Web now at work, Internet dating for animals might help keep species from becoming endangered or going extinct because of bad breeding. With all those animal STDs going around, though, we should make sure everyone uses protection.