How Often Do Animals Get STDs?

Most of the animal kingdom never practices safe sex, and they have the battle scars to prove it. 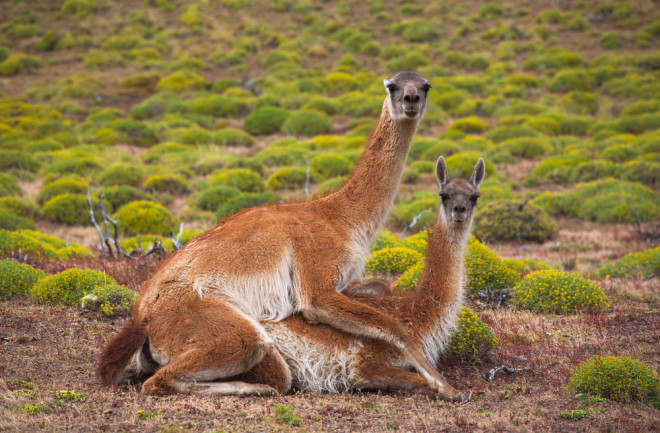 Sexually transmitted diseases (STDs) are on the rise in the U.S., to the point where even senior citizens are seeing upswings in infections. But STDs also occur throughout the animal kingdom, in species from mammals to insects to birds. And recent progress on a chlamydia vaccine for koalas may even lead to breakthroughs in vaccinating humans against sexually transmited infections.

STDs in animals and humans have a historical relationship. "Two or three of the major STDs have come from animals," says Alonso Aguirre, a veterinarian and vice president for conservation medicine at Wildlife Trust. "We know, for example, that gonorrhea came from cattle to humans. Syphilis also came to humans from cattle or sheep many centuries ago, possibly sexually." The most recent, as well as the deadliest, STD to migrate to humans is HIV, which hunters acquired from the blood of chimpanzees, says Aguirre. The disease became transmissible from one person to another through semen and other bodily fluids after it had spread to the human population.

The most common sexually transmitted disease among animals today is brucellosis, or undulant fever, which is common among domestic livestock and occurs in mammals including dogs, goats, deer, and rats. A bacterial infection that can betreated with antibiotics, the disease can be transmitted sexually or otherwise; for example, groups of cattle often eat the placenta of a spontaneously aborted fetus, and they can acquire the disease that way. Symptoms of the disease include miscarriage, inflammation of the testes, and uterine infections. Humans can contract brucellosis through drinking contaminated milk or through direct contact with infected animals.

Because brucellosis is so prevalent and so dangerous to people, animal professionals are careful to watch for the disease. "We look out for it religiously," says Kathryn Gamble, the director of veterinary services at Chicago's Lincoln Park Zoo. "All of our domestic animals we screen for Brucella," the bacterium that causes brucellosis.

Another STD that humans and other animals share is chlamydia, a bacterial infection that has been found in a wide variety of species including many mammals, birds, and reptiles. The human and animal STDs are spread by different species of Chlamydia (C. psittaci and C.trachomatis, respectively), so the disease can't be spread between humans and animals. Unfortunately for animals, Chlamydiapsittaci can also be transmitted through mucous membranes such as the eyes and urogenital tract, so mothers can give it to newborns and males can become infected through fighting. (Birds often contract clamydia when eggs touch the mother's fecal material during egg-laying.) As with humans, the disease can seriously damage the reproductive system, causing infertility, abortion, inflammation of the testicles, and sterility, as well as high fevers and problems in the respiratory and digestive systems.

In Australia, researchers have been working on a chlamydia vaccine for koalas, which may also be a step towards development of a human vaccine. Peter Timms and Ken Beagley from Queensland University of Technology's Institute of Healthand Biomedical Innovation spent years developing a vaccine for humans; when they saw a widespread chlamydia outbreak among the local koala population, the researchers turned their efforts to protecting the animals. Timms says that while the disease has also been reported in other animals in the region, including bandicoots and possums, koalas have been the most affected. The marsupials are known for their active sex lives, and as many as 50 percent of the koalas treated at the university have shown signs of the sexually transmitted disease.

So far, tests of the koala vaccine have brought encouraging results: Eighteen females treated with it are showing improvement. Nonetheless, Timms estimates that his team will need at least three more trials, each taking about one year, before the vaccine is complete.

So will a successful koala vaccine lead to immunization for humans? "That's a hard question," says Timms. Rather than the psittaci strain that's common in other animals, koalas are usually infected with C. pecorum, which shares a DNA homology, or similarity, of less than 10 percent with the human strain.

Still, Timms and his team are optimistic: "Our approach has been to find antigens that are conserved across all chlamydial species, with [a human vaccine] in mind."