Interesting November Holidays That Are Rooted in Science

While the autumn month is best known for Thanksgiving, the calendar also commemorates topics including peppers and gratitude. 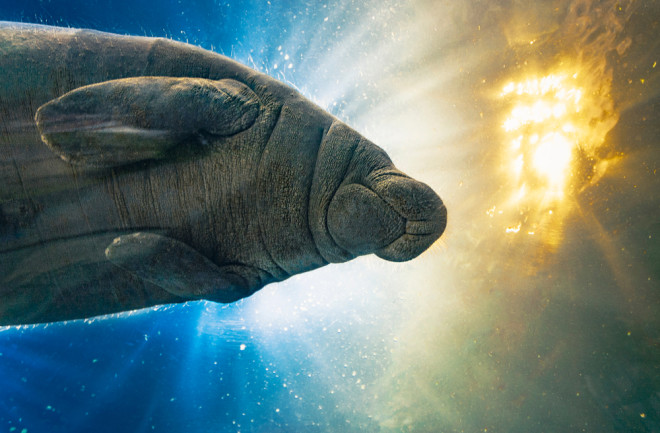 Thanksgiving is by far the most familiar of all November holidays. But some lesser-known occasions recognized this month happen to be based in science — and they deserve some attention, too.

Currently, one in 10 Americans have diabetes, or a total of over 34 million people. Another one in three people experience prediabetes.

Despite its current prevalence, diabetes isn’t a new disease. Ancient Egyptian manuscripts dating back to 1500 B.C.E. reference ants being attracted to the “honey urine” of people with diabetes. Then, by 400 to 500 C.E., Indian doctors were able to identify type 1 and type 2 diabetes.

During the 18th and 19th centuries, doctors realized that diet was linked to diabetes, but had some far-fetched ideas on how to address it. These included diets consisting solely of animal fat, or advising patients to eat large amounts of sugar. The real game changer was insulin, a hormone first isolated by Canadian doctor, Frederick Banting in 1921 — he received the 1923 Nobel Prize for his discovery.

We’ve come a long way since, and today blood sugar levels can be tested at home. Over the past few decades, people have widely adopted the continuous glucose monitor, or CGM, device. They’re currently used by millions around the world. CGMs use sensors attached to patches that adhere to the skin. Readings are taken through interstitial fluid and sent to a monitor or smartphone as often as every five minutes.

Peppers originated in South America and have been consumed since 7500 B.C.E. They quickly spread to Central America and later were introduced to Europe by Christopher Columbus.

As for some peppers’ infamous spicy qualities: Capsicum is the main chemical responsible for burning any tissue it comes in contact with. To quantify different peppers’ spiciness and heat levels, pharmacist Wilbur Scoville created the Scoville Scale in 1912.

Until 2017, the world’s hottest chili pepper was recognized as the Carolina Reaper, which clocks in with an average of 1.6 million Scoville units. For reference, a jalapeño only measures 2,000 to 8,000 units. That year, a competitive gardener aimed to win a flower show by creating an aesthetically pleasing chili plant. Scientists interested in the potential medicinal properties of chili peppers worked with him to develop the competition entry.

The result was the Dragon’s Breath Pepper, which amounts to over 2.4 million Scoville units. While this chili pepper could help reduce sensitivity to pain, it’s inedible and would be deadly if ingested.

Manatees are giant (they weigh up to 1,200 pounds) but gentle mammals, also known as sea cows. Primarily found in Florida, they graze on a diet consisting primarily of aquatic plants, but they occasionally munch on small fish.

Sea cows usually rest near the water’s surface, and must swim up to breathe every 5 minutes or so. They evolved from land mammals, and elephants represent their closest living relatives.

These cute water mammals originated in prehistoric times, and some fossils date back 45 million years. Due to loss of habitat and collisions with boats, manatee populations significantly decreased over the 20th century, and they were considered endangered in 1967. Thanks to ramped-up conservation efforts, their status was downgraded to “threatened” in 2017. But recently, manatee deaths have surged because the seagrass they feed on has been polluted by fertilizer runoff.

Practicing gratitude is the act of acknowledging and appreciating the goodness in one’s life and where it originates. Some methods to do so include meditation, keeping a gratitude journal, and using positive language focused on abundance, blessings, and gifts. This practice might even confer wellness benefits, including increased happiness, improved relationships, and fewer ailments such as headaches and respiratory infections, though the results are somewhat mixed.

Still, gratitude could benefit important health indicators, including those related to inflammation and cardiovascular function, according to a 2021 study published in the Journal of Positive Psychology. And people who exhibit more gratitude may maintain relatively lower blood pressure after experiencing stressful events, a Physiology & Behavior article from last year found.

MRI scans have recently revealed gratitude-associated brain changes that included heightened activation of the medial prefrontal cortex, the part of the brain associated with learning and decision-making. According to a 2003 study of almost 300 college students who wrote letters of gratitude, their brains showed these positive effects three months later — whether or not they actually sent their letters. Gratitude also reduces the stress response in the body, according to the director and founder of Stanford’s Center for Compassion and Altruism Research and Education, James Doty.

About 140,000 children are adopted each year in the U.S., and one in 25 families include an adopted child. The practice dates back to sixth-century ancient Rome: Nobles would arrange for another elite family to “adopt” one of their sons in the case of a patriarch’s impending death. This guaranteed that their wealth would remain within a network of high standing-families, rather than being transferred to the state.

Adoption has seen plenty of changes through the centuries, including overcrowded orphanages that sometimes forced children into indentured servitude.

Eventually, the concept that we now call foster care arose in the late 19th century. And in the early 1900s, the government began supervising foster parents. Social agencies started to perform state inspections of family homes — and children’s individual needs were now considered when placing them.

After World War II, international adoptions greatly increased in popularity. And in the 1960s, adoption organizations widely advocated for Black children and individuals with physical and mental disabilities.

Perhaps Nobel and Pulitzer Prize winner Pearl Buck said it best: “Adoption is appropriate for any child without family ties who is in need of a family and for whom a family can be found to meet his need.”