How to Respond to Stranded Marine Life

Net entanglement and beached incidents can threaten whales, dolphins and other marine mammals. Humans should use caution, and consider these tips from experts if you encounter the situation. 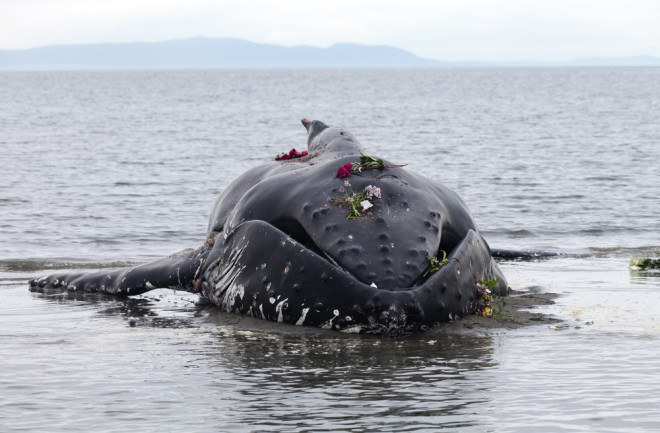 Rescuers took quick action when a one-week old humpback whale was beached on the sand in Queensland, Australia a few years ago. Authorities set-up a tent to protect it from the sun. Workers from rescue groups poured water on the baby whale to keep it cool. And a backhoe dug a small trench. Helpers kept the whale in the little pool of water until the tide rose and they could safely transfer it back into the ocean.

A video of the event was shared on social media accounts by animal advocates. It’s one of many feel-good videos that show people coming together to help a marine animal in distress. But should these videos be used as guides to help marine animals in distress?

Government wildlife agencies and conservation groups advise against it. A dolphin stranded on the beach or a whale caught in a net may have injuries or health issues that are better suited for experienced rescue groups to manage. However, there are things that people can do to help while they wait for authorities to arrive.

Marine mammals have long found themselves washed ashore. Aristotle made note of it more than 2,300 years ago, and scientists are still trying to find out how and why cetaceans ends up on the sand.

Beached marine mammals might have made a navigation error and suddenly found themselves in shallow water. They could be suffering from an infection or a biotoxin that disrupts their echolocation abilities. They also may be responding to an underwater disruption such as an oil spill, industrial blast, earthquake or volcanic eruption.

If a person comes across a dolphin in distress or a beached whale, they can start by reporting the animal to the agency responsible for responding in their area. The National Oceanic and Atmospheric Administration (NOAA) maintains a contact list online and also has an app, Dolphin & Whale 911, that allows people to report an injured or stranded marine mammal. The app uses a location finder to help rescuers pinpoint the emergency, and it also allows people to upload a photo to send to responders.

While people wait for responders, they are advised to stay clear of the animal in distress. Whales might thrash without warning and injure those standing close. The animal might also have an infection that is transmissible to humans.

Bystanders can help by keeping onlookers away from the distressed animal. Noise and commotion can increase the animal’s stress. The animal might also be subject to harassment. In April 2022, a sick bottle-nosed dolphin washed onto Quintana Beach in Texas. After several beachgoers pushed the dolphin back into the ocean and tried to ride it, it died from drowning.

Depending on the situation, rescue organizations might recommend positioning the animal so it is upright and the blowhole is not covered. Bystanders might also be advised to pour water on the animal to help keep its skin moist or wrap it in wet towels until help arrives.

Tangled in a Net

Fishing boats often lose or abandon nets, and these “ghost nets” or “ghost gear” float in the ocean.

Net entanglement is one of the major causes of population decline in marine mammals. Similar to the feel-good footage of strangers saving beached whales or stranded dolphins, there are also many viral videos of divers and boaters freeing marine animals from nets. So is it OK to grab a sharp knife and cut the cetacean free?

NOAA advises people from attempting to free a tangled animal on their own, and instead urges people to call one of the hotlines on their website to connect with a rescue group. If possible, callers are asked to remain in the area and monitor the situation from a safe distance.

Although it might seem like a quick fix to hop in the water with a pair of scissors, disentangling a whale, dolphin or turtle is an extensive operation. Rescuers often use a process called kegging, which deploys large buoys to slow the whale or turtle.  In some situations, sedation or restraints are needed to calm the animal until the net can be completely cleared.

Other than calling authorities, people might not be able to help a tangled whale or dolphin in the moment. But people can prevent future entanglements by reporting ghost gear. In 2020, the U.S. joined the Global Ghost Gear Initiative to help rid oceans of nets and other discarded fishing gear. The initiative has an app, which people can use to report sightings and alert clean-up crews to the location.

The U.S. isn’t the only country concerned about ghost gear in the oceans. Fifteen other countries joined the initiative, and ghost gear mitigation is now a G-7 agenda topic, which means world leaders are acknowledging that polluted waterways are a global threat.