Modernity owes much to coal deposits laid down in swamps around 350 million years ago. But why did this time period produce so much of it? 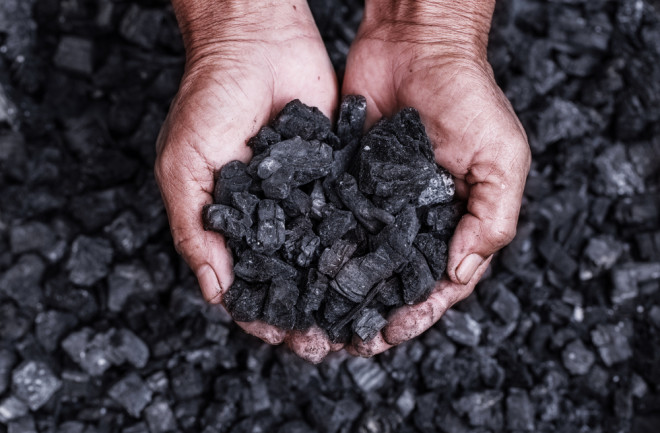 As inventors fine-tuned the steam engine around the turn of the 19th century, much of the industrial world adopted the marvelous new machine. It transformed manufacturing and transportation, powering textile factories, mills and mines, railroads and boats. This innovation made possible much of our modern reality — but it couldn’t have done so without the ancient wetland remnants that we call coal.

This carbon-rich rock has, of course, contributed enormously to climate change (in 2019 it was responsible for a third of global energy-related carbon dioxide emissions), but it was essential to the technological progress of the Industrial Revolution. “Coal was king,” says Bill DiMichele, a paleobiologist with the Smithsonian Institution. In some places it still is, even as sustainable sources meet more of our energy needs. Last year, nearly 20 percent of U.S. electricity was generated by coal-fired power plants. “For the time being,” DiMichele says, “coal is still important.”

Yet it’s only by chance that the Earth bestowed on modern humans this valuable resource — hundreds of millions of years ago, in the swampy forests of primordial continents, a unique sequence of climate conditions and tectonic plate movement led to the preservation of plant matter on an astonishing scale. Given enough time, pressure and heat, those plants matured into peat and, eventually, coal. In the words of Cindy Looy, a paleobotanist at the University of California, Berkeley, “Everything had to line up to make this happen.” But why were the conditions just right?

When early geologists began classifying rock strata, the Carboniferous Period (roughly 360-300 million years ago) was one of the first to be named. It was also the first period to see widespread plant colonization on land. The word Carboniferous — which literally means “coal-bearing” in Latin — was coined by William Conybeare and William Phillips as an apt description of the sedimentary layers that contained most of the coal in their country, England.

But other coal deposits kept forming elsewhere long afterward, and some may be even larger. As Stanford paleobotanist Kevin Boyce explains, “Coal didn’t stop, it just migrated” — the vast seams in Siberia, China and Australia all date to the following period, the Permian, he says, which some estimates suggest produced more coal than the Carboniferous.

That said, coal doesn’t form at a steady rate. Huge quantities appear now and then in the geological timeline, but small, isolated patches are more typical. This spotty record raises the question of why coal creation isn’t constant throughout Earth’s history.

A once-popular explanation argued that the Carboniferous was so productive because woody plants had just begun to grow and the fungi of the time hadn’t yet evolved to decompose lignin, the polymer that makes wood rigid. Rather than decay and disappear, these prehistoric trees remained preserved until they were buried by sediment and turned into coal.

It’s a simple, elegant solution, but many experts find it unconvincing. For one, the odds seem low that tens of million of years passed before any fungus hit upon an enzyme that could break down lignin. More importantly, there’s much more to coal than woody plants: In many places, the bulk of the dead plant matter came from lycopods, a giant tree whose living relatives include club mosses and which contained little lignin.

In a 2016 paper, Boyce, DiMichele and their colleagues rejected this hypothesis, arguing that the Carboniferous — not to mention other coal-bearing periods — was simply the perfect geological storm. Across large swaths of land, it provided all the ingredients for coal, which Boyce says are fairly manageable: You need a lot of rain (to form swamps and foster plant growth) and a hole (for the plants to fill).

During the Carboniferous, as the Earth’s landmasses merged into the supercontinent Pangaea, the collision of tectonic plates forged both mountain ranges and wide basins beside them. Voila — holes to fill. Some of those basins, including the ones in present-day Europe and the eastern U.S., happened to form in the ever-wet tropics. In the global scheme of things, Boyce says, it comes down to how many large, sinking tectonic basins sit in the appropriate locations and allow deteriorating organic matter to accumulate.

When plants died in these waterlogged regions, many fell into stagnant pools with little oxygen. Since most decomposers (bacteria, fungi, worms and the like) can’t survive in such conditions, the plants never fully decayed. Instead they formed peat, an accumulation of partially decayed organic material. But even this is not enough to guarantee coal — if the wetlands dry out, the exposed peat will disintegrate. One way or another, it must be covered by sediment.

Sometimes, in swamps located either near the ocean or in flatlands where rising seas can reach them, this happens repeatedly during glacial-interglacial cycles. Peat forms during glacial periods, when the polar ice sheets grow and the sea level falls. Then, when the ice melts and the sea floods into the swamps, the peat is preserved, locked away beneath new marine sediment. In some places, the rock record attests to dozens of these repeating marine and non-marine layers, known as cyclothems. “Then you just have to wait a hundred thousand years until the next cycle begins again,” Looy says. Peat can also be preserved farther inland, as the eroding sediments of the surrounding landscape bury it.

Over time, when new sediment and peat layers compress the buried peat, the increasing weight squeezes out water, gradually leaving behind coal. It hardens slowly into increasingly refined forms, starting with lignite, or brown coal, and proceeding through sub-bituminous and bituminous to anthracite — the black, lustrous lumps you might imagine.

As it turns out, the Carboniferous may have churned out coal for reasons more complicated than a gap between the evolution of wood and wood-eating fungus. But, DiMichele argues this interplay of natural processes — glaciation, rainfall, sedimentation — is actually quite simple. With basins in the appropriate spots, the coal cycle runs almost like clockwork, an hour hand spinning round and round. “Once you see the system as linked together, it's not that complex,” he says. “The glaciers come, the glaciers go. Peat forms, peat doesn’t form. It makes sense.”

And coal is almost always cropping up somewhere in the world. Even today, in select tropical regions like Borneo and the Congo Basin, peat piles up into what could be the next generation of deposits (though not all peat necessarily makes the transformation to coal).

But nothing recent rivals the likes of the Carboniferous and the Permian. To create the immense troves of fossil fuel that have driven so much of human activity, you need precise circumstances, and our planet doesn’t often provide them. “You have an alignment of conditions ... and those conditions give you all this coal,” DiMichele says. “Getting that set of conditions is not something that just happens again and again.”