It's in our power plants, underneath New York City and in our buffets. In our modern world, steam is still very much relevant. 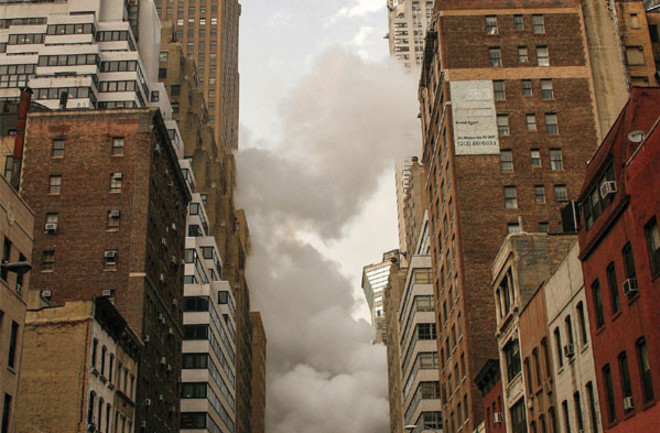 An explosion in New York City in July 2007 sent a plume of steam into the air. Such steam accidents are rare, but can cause massive destruction. (Credit: Reuters/Chip East)

We live in a civilization powered by steam. Most of us don’t notice its role in keeping the lights on, but steam power is practically ubiquitous. No matter what fuel a power plant uses — coal, natural gas, oil, uranium — it serves a single purpose: boil water to make high-pressure steam that spins turbine blades, which generate electricity. Even the most advanced power plant ever conceived — a massive experimental nuclear fusion project now under construction in France — is essentially just an exceedingly complex boiler.

Nowhere else is our modern dependence on (and possible uses of) the hot stuff better exemplified than New York, a city literally built on steam.

In New York and other large cities around the world, steam does more than just generate electricity in power plants: It’s also piped directly into buildings for heating, cooling and other uses. Manhattan’s steam service started in 1881, when the 225-foot-tall chimney of the NY Steam Corporation’s single power plant was the second-tallest structure in Manhattan, after the spire of Trinity Church. Now, more than 100 miles of steam pipes lie 5 to 8 feet beneath the pavement in New York, just above the subway tunnels, embedded in concrete to protect them from accidental construction damage.

“We estimate between 2.5 and 3 million people are affected by the steam system,” says Frank Cuomo, the general manager for steam distribution at Con Edison in New York — that’s about a third of the city’s official population. He reels off the names of some of Con Ed’s steam-heating customers, a list that includes many of the most storied pieces of real estate in the world: Grand Central Station, the Empire State Building, the new World Trade Center complex and the 9/11 memorial’s twin reflecting pools. “The pools are also heated by steam to make sure they run throughout the winter without freezing up,” says Cuomo.

Con Edison currently has five power plants in the city that use natural gas to boil more than a million gallons of water every hour at peak times. Without steam power, the city’s iconic skyline would look very different. “Every building would have a chimney stack because they would need their own internal combustion-type boiler,” says Michael Brown, the plant manager at Con Edison’s East River Generating Station. “You’d have smokestacks like the industrial revolution in London.”

How Steam Powers a City

In every power plant, the generation of electricity begins in a boiler, which heats water into steam (1). The water must be purified before it can be used in most boilers, to prevent the buildup of deposits. Pipes then funnel the pressurized steam toward the blades of a turbine (2). The impact of the steam spins the turbine’s blades, which are connected by a shaft to a generator (3). Inside the generator, attached to the spinning shaft, are coils of copper wire positioned between magnets. The electromagnetic interaction between the spinning coils and the magnets generates an electric current (4), which can then be sent to consumers (5).

The steam pipes beneath a city street operate under high pressures. Explosions don’t happen often, but when they do, they can be devastating. In July 2018, for example, a steam pipe burst in New York’s Flatiron District, showering several blocks with asbestos and other debris, and forcing the evacuation of 49 buildings. A year earlier, an underground steam pipe had exploded in Baltimore’s Camden Yards neighborhood, spreading debris across an entire block and injuring five people. And a steam pipe explosion near Grand Central Station in 2007 shot a geyser of 400-degree steam and mud as high as the top of the nearby 77-story Chrysler Building.

Surprisingly, those structural failures usually aren’t caused by old, worn-out pipes. “It doesn’t have anything to do with the age of the system,” says Con Edison manager Cuomo. The pipe that ruptured last July was put into service in 1924, but when it was pulled it out, it was in “pretty good condition.”

So what causes the explosions? They’re all centered around one thing: a water hammer.

When heavy rain or leaks from water mains accumulate around steam pipes, the steam inside cools and rapidly condenses, creating a column of water. Pressure from surrounding steam can accelerate the water column, creating a liquid battering ram — a water hammer — that ruptures the pipe. Unlike steam, liquid water is essentially incompressible, meaning it doesn't absorb any power from an impact, so a water hammer can batter pipes with devastating force. Miniature versions of the phenomenon create the knocks you hear in steam radiators.

Engineers in New York and other cities have deployed monitoring systems to keep tabs on the “traps” designed to prevent water from accumulating around steam pipes.

Heron of Alexandria is thought to have invented the first steam engine in the first century A.D. His aeolipile, or “wind ball,” consisted of a sealed spherical container filled with water and heated over an open flame. Steam jetting from two pipes on the sphere’s surface made it spin. Heron saw the device as a toy without any practical applications.

If you’ve ever grabbed a self-service meal or eaten at a buffet, you’ve seen a steam table, which keeps prepared food warm on the bottom and four sides of a food pan. Steam transfers heat five times more efficiently than water and 12 percent better than air.

Calliopes — also known as steam organs — produce sounds by forcing steam through whistle pipes. A keyboard controls the flow of hot gas into the pipes.

The “age of steam” began more than 200 years ago, with James Watt’s invention of the first efficient steam engine. But if a new technology now being tested pans out, steam’s monopoly on our power grids might be over. NET Power, a company based in Durham, North Carolina, has built a fundamentally new type of power plant, one that runs on carbon dioxide rather than steam. Remarkably, it can burn fossil fuels without emitting any greenhouse gases.

Carbon dioxide takes on different forms based on temperature and pressure, as shown in this phase diagram. In the right conditions, the substance can act like both liquids and gases in its supercritical state. (Credit: Alison Mackey/Discover)

The demonstration plant in La Porte, Texas, was completed last year. It burns natural gas in pure oxygen rather than normal air, producing heated and pressurized “supercritical” carbon dioxide to spin turbine blades. Supercritical materials combine the properties of a gas and a liquid: They flow like liquids or fill an empty volume like a gas. Since supercritical carbon dioxide is denser than steam, it packs a greater punch per volume, transferring more energy to the blades. And after spinning those blades, the supercritical gas can be piped into underground storage, capturing all of the greenhouse gas without any special equipment. With water as the only emission, these plants might play a key role in a low-carbon future.