Homo Erectus: What Do We Know About Our Early Ancestors?

These ancient hominins walked the Earth for three times as long as modern humans have. But scientists today still have much to learn about our evolutionary kin. 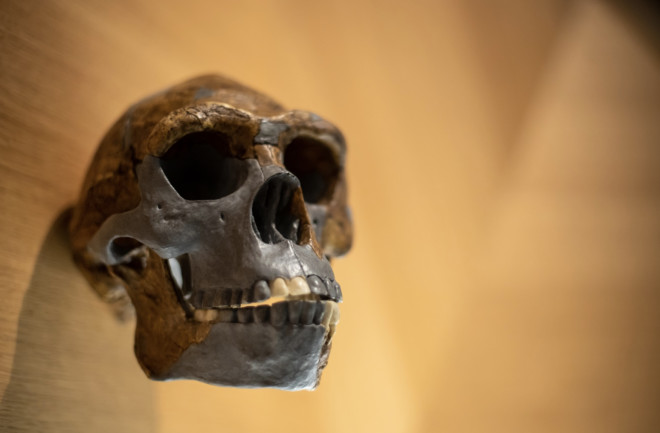 In 1893, Dutch paleontologist Eugene Dubois set out to prove Charles Darwin’s theory of evolution by discovering an alleged missing link between humans and great apes. He began by looking for fossils in caves on the Indonesian island of Sumatra. He had little luck until a colleague told him a promising skull turned up on a river bank on neighboring Java, where locals had long reported a number of big bones.

“They just stick out from the ground. There [was] no missing them,” says Josephine Joordens, a paleontologist at Maastricht University in the Netherlands.

Dubois excavated at the river site, called Trinil. His findings were the first scientifically reported discovery of Homo erectus, widely regarded as a direct ancestor to modern humans, also known as Homo sapiens.

“He made a thinking step ahead of his time,” says Joordens. In the decades since Dubois' discovery, subsequent findings from Africa to Asia have revealed the partial remains of hundreds of different remains from individuals classified as Homo erectus. The earliest date to about 2 million years ago, while the most recent date to just over 100,000 years ago.

Where Did Homo Erectus Come From?

Homo erectus fossils don’t all look the same, and the difference between the earliest and most recent reveal a lot of variation as the species changed over time. They also sometimes differ by place, much as humans do in physical trends across the planet. The hominins were on the planet for at least 1.9 million years, more than six times as long as Homo sapiens so far — the earliest fossils of our species date to about 300,000 years ago.

The oldest Homo erectus fossil so far comes from a skull fragment discovered in a South African cave, dating between 1.95 million and 2.04 million years ago. The skull cap, found at the Drimolen archeological site in 2007, was incredibly thin because it likely belonged to a baby, according to a study published in 2020. The study authors say that the discovery pushed the timeline for Homo erectus back another 200,000 years. It’s particularly exciting because it means that they likely overlapped with some of our more distant forerunners like Paranthropus and Australopithecus, also both found in South Africa about 2 million years ago.

Australopithecus, a genus of several species of early hominins, including the famous Lucy specimen found in Ethiopia, is generally thought to be the ancestor of Homo erectus. It isn't totally clear which species came between them, due to the lack of fossils dating that far back. “Homo erectus has sometimes been called the species without an ancestor,” Joordens says.

But many researchers have traditionally placed Homo habilis in that blank space. Fred Spoor, a paleontologist at the National History Museum of London, says that the only problem with these theories is most Homo habilis fossils found date to roughly the same period as the earliest Homo erectus. That doesn’t necessarily preclude the fact that they evolved from them, but definitive proof has yet to connect these dots, Spoor says.

Why Were They Unique?

All known Australopithecus and Homo habilis fossils found so far (as well as the other hominins that split from chimpanzees some 7 million years ago) come from Africa, says Spoor. But their descendants were more intrepid. “Homo erectus is the one that got out and conquered the world,” Joordens says.

As long as 1.85 million years ago, Homo erectus, or their close relatives, were living in what is now the country of Georgia. Some of these fossils, including five nearly complete skulls found at a site called Dmanisi in the Caucasus region, are much better preserved than the baby at Drimolen in South Africa. “They vary in age from adolescent teenager types to one older guy, perhaps, that had lost all its teeth,” Spoor says.

There is still some debate about whether these fossils are truly Homo erectus based on the relatively small brain size and other features. These specimens are sometimes labeled as Homo georgicus, though Spoor says many still believe the fossils are erectus.

Typically, Homo erectus were taller than Homo habilis or Australopithecus, but had shorter arms, presumably because they walked upright more often and didn’t spend as much time in trees. The erectus part of the name was given by Dubois, due to the way a femur he discovered seemed to suggest the ancient hominin walked upright.

Outside of Africa, Homo erectus fossils have also been discovered in China and Indonesia, where a number of bone fragments have been found since Dubois’ initial discovery. Joordens says researchers still aren’t sure what enabled these hominins to emigrate so far past the obstacles that held back their ancestors, but it could have something to do with climate and changes in ecology. “At the moment all we can do is speculate about it,” she says.

But our close ancestors did appear to bring a knowledge of tool use with them. These tools were markedly more sophisticated than the simple products that Homo habilis, and possibly other predecessors, might have used. Or, as Spoor says, “You’ve got a new species, you’ve got a new toolkit."

Many of the major sites with preserved Homo erectus have also preserved Acheulean stone tools — a term describing the axes that served our ancestors more than 1.5 million years. “Normally when Homo erectus is around, you have these beautiful pear-shaped hand axes,” Joordens says.

Spoor says they tools are classified more by how they were made, using flaking techniques, than what they were used for, which is still uncertain. But it’s fairly clear that the tools were sourced from material that wasn’t immediately at hand, which would have involved more sophisticated planning. “It’s the dawn of modernity of sorts,” Spoor says.

The Trinil site where Dubois first discovered Homo erectus is surprisingly empty of these Acheulean axes. But Joordens says the hominins there did make use of tools made from mussel shells modified to work as knives. In 2014, she also described an astounding feature on a shell at the Trinil site — what may be the world’s oldest art, or at least the world’s oldest doodle. Dubois overlooked the zigzag lines that were etched onto a shell around 500,000 years ago. Joordens and her colleagues only noticed it after taking photos of the various shells. She says it could have been a doodle, or may have been some sign to indicate ownership. “It made Homo erectus a little smarter,” she says.

While Dubois’ initial discovery was game changing, he wasn’t working with the same type of techniques available to paleontologists today, like radiometric dating, which scientists can use to tell a fossil's age. Joordens and her team are working to determine whether a femur Dubois thought belonged to skull he discovered was actually from the same individual. While the skull looks more ape-like, the femur appears markedly human. “From the beginning, there have been suggestions that this femur bone came from a younger layer that somehow intruded into the site,” she says. Determining the age of this thigh bone could change what we know about the Homo erectus species, and how they eventually became more like us, with our larger brains, smaller teeth and flatter faces.

Meanwhile, new discoveries like the baby at the Drimolen site continue to challenge previous theories about the evolutionary lineage of hominins. When it comes to our ancient ancestors, ultimately, there's still more that's unknown than known. “The crust of the earth isn’t a book with every single page present,” Spoor says.