For Sale: Plants That Glow in the Dark

Illuminate your life with this natural night light. 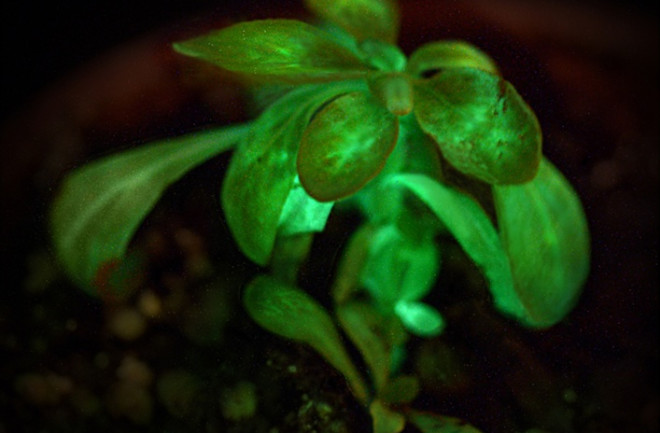 Unlike glowing plants of the past, the Starlight Avatar can sustain a soft glow on its own for its entire three-month life span. (Credit: William Stutz/Bioglow)

Most bioluminescent organisms, including fireflies, get their glow from a chemical reaction between the enzyme luciferase and a molecule called luciferin. Scientists have tried to re-create the effect in plants before: In the 1980s, researchers added a firefly’s luciferase gene into tobacco plant cells. But the plants grown from those cells didn’t produce luciferin and needed an external spritz of it in liquid form just to give off a weak, temporary glow.

In 2010, borrowing genes from marine bacteria, Krichevsky engineered tobacco plant DNA to include both luciferase and luciferin-producing proteins for a prototype that eventually became his glowing Starlight Avatar plant.

Krichevsky has amped up the seedless plant’s brightness in subsequent iterations. Throughout its three-month life span, the plant now emits a green glow that’s about as luminous as a glow-in-the-dark stick-on star.

Want one? Krichevsky’s company, Bioglow, sold the first batch at auction last year for an average price of $300 per plant, but he says the next round, coming soon on the Bioglow website (bioglowtech.com), will go for a more affordable $30 per plant.

This article originally appeared in print as "Leafy Lighting."