An archaeologist explores human athletic paleobiology to explain how our prowess in sport has deep roots in evolution. 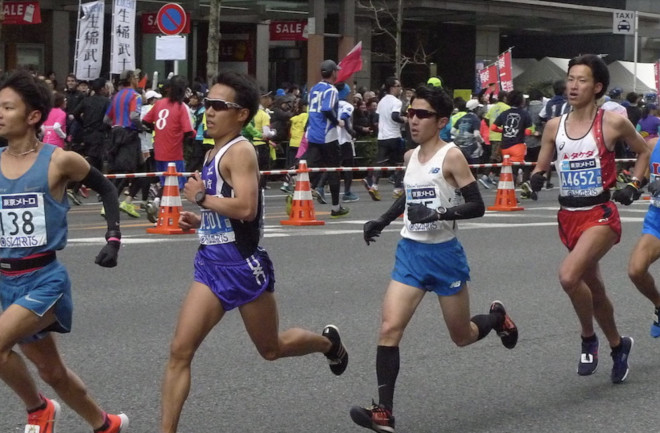 The coming Olympics will showcase some of the most extraordinary human feats of strength, speed, and agility. As an archaeologist who focuses on the development of the human species over evolutionary history, it’s interesting to consider how and why we came to be so good at certain things, from javelin throwing to the 500-meter sprint. Much of what makes our bodies capable of athletic prowess comes from well before we were Homo sapiens.

Human athletic paleobiology is a branch of research that uses trained athletes to explore adaptations of the human body. These studies focus on metabolism and peak physical performance, limb biomechanics, and other aspects of human anatomy and physiology to get a sense of the types of activities that humans in the past might have been capable of performing.

Here is a short roundup of some things we humans can do that make for great sport, along with a quick look at where these skills come from and how long they’ve been around.

The ancestors of modern humans have walked upright since around 4 million years ago, when members of the genus Australopithecus first started spending more time on the ground than in treetop habitats. Evolving to be bipedal changed a number of things about the human skeletal structure. Our pelvis is shorter and wider than that of other living primates. This is because we move by exerting force mostly through muscles in our butts and legs rather than along our backs and shoulders, as a knuckle-walking chimp would. Our lower femurs (the big bone in your thigh) develop a specific shape, called the bicondylar angle, as we learn to walk.

This allows us to stride in a rolling motion, transferring our weight smoothly from side to side as we go. If you’ve ever seen a gorilla or chimpanzee walk on two legs instead of four, you’ll notice that they have a much more waddling gait. Our smoother gait helps us walk—and run—more efficiently.

Homo sapiens’ in particular, with longer legs and shorter Achilles tendons than some of our ancestors, seem particularly well-suited to running long distances. Researchers have suggested that early humans were able to hunt prey animals like antelope or zebra by repeatedly startling them into running long stretches in the midday heat, eventually running the animals to exhaustion.

When we compare ourselves to other living primates, one of the most noticeable differences is a lack of body hair—and the fact that we sweat. Thermoregulation, the body’s ability to maintain an ideal temperature, is critical for all mammals, but humans are unique in our capacity to sweat all over our bodies, creating evaporative cooling.

When did we lose all our hair and become sweaty, naked creatures? Counterintuitively, studies have shown that humans and chimps, our closest primate relatives, actually have roughly the same number of follicles over our bodies. Our hair is simply much shorter and finer.

So, what prompted the change from full fur to fine hair? Charles Darwin proposed that it was a sexually selected trait—that our distant female ancestors preferred, and mated with, less hairy males. However, the more likely scenario has more to do with environmental rather than sexual pressures. During our evolution in Africa, the move from forests to more open, hotter environments meant that the ability to keep cool contributed to survival in a big way.

Our sweaty selves can now compete in sporting events even in the heat—although climate change might soon make most cities too hot to reasonably play host to Summer Olympics.

While the bottom half of our body has evolved away from an arboreal lifestyle, our upper body still retains traits that we inherited from tree-dwellers. Our glenohumeral joint, the ball-and-socket connection between our upper arm and scapula, allows us to swing our arms around in a full rotation. This is a very different type of mobility from that of quadruped animals that don’t swing in trees—a dog or cat’s front legs, for example, primarily swing back and forth and couldn’t perform a butterfly swim stroke. We, on the other hand, can.

Our rotatable shoulder joint also allows us to throw overhand. The ability to throw accurately and forcefully appears to have originated at least 2 million years ago, with our ancestors Homo erectus. Recent research has also shown that Neanderthals might have thrown spears to hunt at a distance. The few known examples of Neanderthal spears were long thought to be used only for thrusting and close-in killing of prey, in part because when researchers tried to throw replicas, they didn’t go far.

Recently, however, researchers put replicas into the hands of trained javelin throwers and were stunned to see the spears fly much farther and faster—more than 65 feet.

Human hands are unique in their dexterity, which has evolutionary roots as early as 2 million years ago. Evidence for this early development of hands like ours, with opposable thumbs and the ability to apply force in either a strong or delicate grasp, comes from a single metacarpal bone—one of the bones that forms the palm—for a hominin found at a site in Kenya. This grip lets us do everything from grasping a pen to a golf club.

Researchers have suggested one explanation for this lies in the emphasis of cooperation in human communities (which favors everyone having the same handedness so they can share tools, for example) over competition (which favors difference, so a lefty can beat a right-hander in a fight). Some evidence for this theory comes from sport: A study of how many elite athletes are left-handed across different sports showed that the more competitive the sport, the greater the proportion of lefties.

5. We Play With Balls

Many species of animals play, but humans are the only species to play games involving organized rules and equipment. We not only play by throwing, kicking, or otherwise propelling balls of various materials, we sometimes do so with bats, sticks, or racquets.

The generally accepted theory for the evolutionary origins of play is that it allows children to learn actions and tasks that they will need to master as adults. In hunter-gatherer populations, games that help children develop accuracy, power, and hand-eye coordination are useful practice for hunting. There is plenty of archaeological evidence to suggest that children played with miniature versions of hunting tools or other tools of adult trades going back to at least 400,000 years ago.

Some of the earliest evidence for ballgames comes from ancient Egypt: The tomb of a child dating to around 2500 B.C. included a ball made from linen rags and string. In China, the sport of cuju, which was similar to modern soccer and played with a leather ball stuffed with feathers, is depicted in paintings and reportedly dates back to 2300 B.C.

The most famous ancient ballgame, though, has its origins in Mesoamerica. Ceramic figurines and murals dating to as early as 1700 B.C., and ball courts dating to approximately 1600 B.C., attest to a game that was a huge and complex part of Olmec, Aztec, and Maya society.

Anna Goldfield is a professor of biological anthropology at Hampshire College in Massachusetts. This story was originally posted on SAPIENS. Read the original article here.