First Disappearance of Uncontacted Tribe - These Are The Threats Others Face 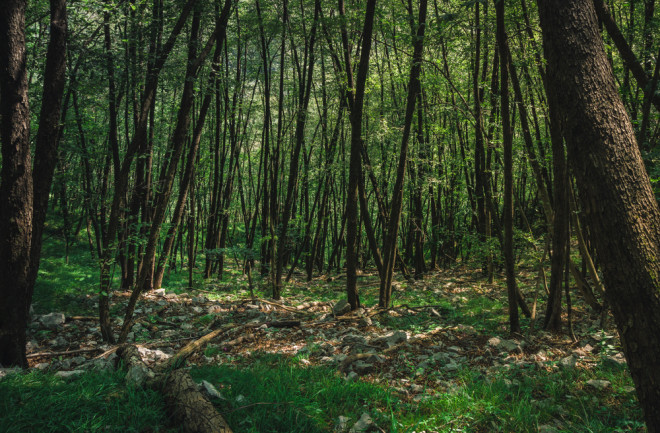 After spending 26 years in isolation, the last surviving member of the tribe that inhabited Brazil's Tanaru Indigenous Territory has passed away. He was known as the "Man of the Hole" because of the numerous holes he dug around his territory. Some of the holes had sharp spikes in them, likely used for hunting or protection. On Aug. 23, his body was found by members of Funai — the National Indian Foundation in Brazil. It appears that he died from natural causes in a hammock outside of his home. According to The New York Times, this is the first recorded disappearance of a so-called uncontacted tribe.

According to Survival International, a series of massacres by encroaching cattle farmers, beginning in the 1970s, ultimately left the Man of the Hole as his tribe's last surviving member. Since then, he had made it clear that he didn't wish to be contacted by the outside world.

The man's territory covered an approximately 20,000-acre area of forest. Now that he is gone, the Observatory for the Human Rights of Uncontacted and recently-contacted Peoples (OPI) wants the territory to become a preserve to honor the memory of the lost tribe, according to Survival International. Six other known uncontacted tribes in Brazil, as well as many more across the globe, face threats due to violence, disease and climate change.

Uncontacted tribes are groups of Indigenous peoples that have little to no contact with the outside world and prefer to keep it that way. Most are aware of the outside world but wish to remain within their own communities. Organizations like Survival International work to protect uncontacted tribes from threats like deforestation, colonization and the spread of disease.

According to Survival International, uncontacted tribes are a barrier to deforestation and climate change, especially in the Amazon rainforest. The Man of the Hole helped protect around 20,000 acres of vital trees, plant life and other organisms. Other tribes do the same; the Yanomami, for instance, live in a 23.7-million-acre area in Brazil and a 20.3-million-acre area in Venezuela. In addition to protecting territory, uncontacted tribes live sustainable lifestyles and have a wealth of cultural knowledge that cannot be found anywhere else in the world.

Besides threats and violence from ranchers and loggers, the most significant danger to uncontacted tribes is disease. Because they have little contact with the outside world, members of uncontacted tribes are more susceptible to illnesses like the common cold, influenza, measles and chickenpox, according to Survival International.

Disease wiped out more than 50 percent of the Nahua, a previously uncontacted tribe in Peru, after an oil expedition made contact in the 1980s. Members of the Murunahua tribe suffered the same fate after run-ins with illegal loggers in the 1990s. In addition to loggers, ranchers and miners, missionaries also contact the tribe despite their wishes, spreading deadly diseases.

"The disease came when the loggers made contact with us, although we didn't know what a cold was then. The disease killed us. Half of us died. My aunt died, my nephew died. Half of my people died," Jorge, a Murunahua survivor, told Survival International.

The answer seems simple enough: Leave them alone. According to Survival International, one of the best ways to help uncontacted tribes is to raise awareness of how their survival and the survival of the rainforests and planet coincide.  Survival International lists way to raise awareness on their website, such as hosting fundraisers or signing petitions.