FDA to Ranchers: Please Go Easy on the Antibiotics 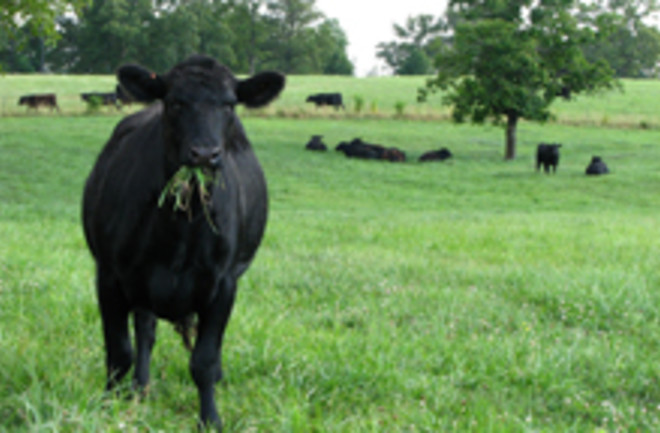 This week the Food and Drug Administration asked the nation's agriculture industry to use fewer antibiotics in livestock, citing the ever-growing concern of bacteria becoming resistant to our most commonly used pharmaceutical weapons. But it's been asking the same thing for 30 years. Joshua M. Sharfstein, the principal deputy commissioner of the FDA, issued the statement (pdf) requesting that farms use antibiotics only to maintain the health of their livestock, not—as antibiotics have been used for so long—to help them grow faster.

The FDA guidance applies to antibiotics deemed "medically important" because they also are useful in treating human illness. It calls on meat producers to consult more closely with veterinarians about when to use drugs and which compounds to employ [Los Angeles Times].

However, the ideas laid out in the FDA's draft guidance statement are little more than requests right now, and rules with force behind them haven't gotten the agency anywhere on this issue.

The FDA has tried to limit the use of antibiotics in agriculture since 1977, but its efforts have repeatedly collapsed in the face of opposition from the drug industry and farm lobby [Washington Post].

But the drumbeat has gotten louder lately. Major

in the 2000s pointed to the link between antibiotic overuse in agriculture and increasingly resistant bacterial in people. The European Union, generally touchier than the United States on agricultural issues, banned the growth-related use of antibiotics in livestock four years ago. Last year the World Health Organization called antibacterial resistance

a leading threat to human health. Sharfstein says the FDA will enact rules with teeth if the agriculture industry doesn't accept the voluntary guidelines. But he'll face the same industry opposition that always shows up when these rules go to Congress, and probably the same "you have your facts, and we have ours" mindset. The best estimate cited by many reports about the FDA's move is nearly a decade old: the Union of Concerned Scientists' 2001 estimation

that a staggering 70 percent of all antibiotics go to growth promotion in agriculture. But ag trade groups do the math to make that figure come out at just 13 percent.

In the battle between public health and agriculture, the guys with the cowboy hats generally win [The New York Times].

80beats: Would You Turn Vegetarian To Slow Global Warming?