Everything Worth Knowing About ... Ice

Ice comes in more than one variety and may even be responsible for life on Earth. 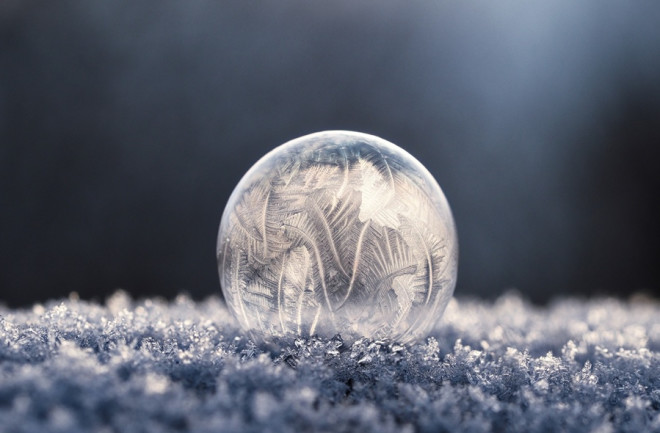 We typically encounter ice as cubes floating in a glass of something nice to drink. But more than just a party staple, ice is a significant part of our planet and the universe — a fundamental substance that deeply affects us, and may even be connected to the origins of life. Talk about refreshing!

Americans love ice. We make desserts out of it, put it in drinks and expect motels to provide it by the bucketful. But before ice-making technology, it was a precious commodity laboriously harvested from nature. In the early 19th century, American entrepreneur Frederic Tudor began shipping ice cut from New England ponds to warm climates like the West Indies. He eventually became the “Ice King,” selling thousands of tons of ice throughout the U.S. for iceboxes, which preserved food.

Workers harvest ice from a frozen lake in the northern U.S. in the 1930s. (Credit: Keystone-France/Gamma-Rapho/Getty Images)

Natural ice remained profitable until a century ago with the arrival of electric refrigerators, which exploited the cooling properties of evaporating liquids. Those white boxes with clumsy cooling units have evolved into sleek stainless steel models, but we still harvest ice. High-end drinkers want premium, artisanal ice in their craft cocktails — perfectly clear, oversized cubes that look good and supposedly melt slowly to avoid dilution. While these can be created in-house, it’s a time-consuming process, so specialty companies now provide this elaborate ice. The cubes are hand-cut from big blocks of filtered water gradually frozen in special units for days, a process that eliminates the air bubbles that produce cloudiness. The cost? A whopping $1 each. The Ice King would be green with envy.

Artisanal ice shaped into clear cubes without bubbles for drinks at the Half Step bar in Austin, Texas. (Credit: Bill Mccullough)

A Most Complicated Mineral

Ice is not just the solid form of water. By definition, natural ice is a mineral, like quartz: a naturally occurring inorganic solid with an ordered atomic structure. Or rather, structures. It appears in at least 18 different crystalline forms, plus amorphous forms where the atoms are randomly arranged.

The variety that cools our drinks, hexagonal ice or Ih, is the most common type, but it’s also quite unusual. Unlike most solids, its frozen state is less dense than its liquid state, thanks to the hexagonal atomic geometry. That means frozen water floats on liquid water — not the case for almost any other substance. The geometry is the reason icebergs float, and helps explain why bodies of water don’t freeze solid from the bottom up, allowing aquatic life to survive winters.

Common ice also appears as snowflakes, which take on hexagonal forms in atmospheric water vapor. Less well known is hair ice, which grows in fine filaments on wood infested with a specific fungus.

Other exotic ice structures are made in the lab. Researchers recently found that squeezing room-temperature water between atom-thick sheets of carbon locks the water molecules into a two-dimensional square array to form a new kind of ice.

Fun fact: Kurt Vonnegut’s novel Cat’s Cradle featured Ice-Nine, a fictional version of ice that would instantly crystallize all water, potentially dooming the world. While there really is an “ice-nine,” it forms only under high pressure and low temperature, and does not “lock up” all water.

Earth’s massive ice stores are melting, thanks in part to global warming, and we’re seeing the effects on our planet. One of the biggest concerns is the accompanying rise in average global sea level — estimated at 3 to 6 feet by 2100. But other problems pop up with some 400 billion tons of Greenland and Antarctic ice turning into water each year since 2011.

First, there’s something called post-glacial rebound. Ice piled onto a landmass presses it down into the squishy mantle layer below Earth’s crust. As our world warms, the formerly icy areas rebound, literally raising the land up. That’s one reason for the varying sea level rises along different coasts.

Also, the weight of all that ice had slightly flattened the whole planet. (A single glacier can weigh millions of tons.) Rising temperatures caused it to start becoming spherical again. This influenced Earth’s rotation, akin to an ice skater jutting out her arms to spin slower, contributing toward a lengthening of the day by milliseconds over the past 2,500 years. It also alters the planet’s axial tilt: The North Pole had been steadily wandering toward Canada, but researchers recently realized that the current ice melt has jolted it on a new course toward the United Kingdom, at an accelerated rate of 7 inches a year since 2000. Astronomers’ stellar observations and your phone’s GPS program have to take this effect into account.

Clearly, water ice is more abundant than we once thought. But did our solar system just get lucky? And where did it come from in the first place? The answers lie within water itself.

The components of water ice — hydrogen and oxygen atoms — have been around for much of the universe’s history, but of course it’s not water till they’re combined. Astrophysicists think that happened during the earliest days of our solar system, when the sun and planets were nothing more than a swirling cloud of hydrogen and dust particles. If high-energy particles from deep space, called cosmic rays, happened to hit one of those hydrogen atoms, it became ionized, stripped of its electron. Ionized hydrogen atoms could then easily combine with oxygen, forming our H2O ice.

Planetary scientists tested this by examining the hydrogen atoms in today’s water. Deuterium, a type of hydrogen with a neutron, is heavier than regular hydrogen. Scientists can classify water samples, and compare their histories, by learning how many of those hydrogen atoms are deuterium. They’ve found that the ice on comets has deuterium concentrations very similar to the water in our oceans. The match means our water ice stores have the same cosmic origin as the solar system’s comets — among its oldest known objects.

So, we know our watery bounty is not unique, since the same conditions likely occurred during the formation of any other solar system. Water is likely similarly abundant around other planets, raising the odds of finding life as we know it, or at least habitable conditions, somewhere else.

Ice may be responsible for life itself. By analyzing the light from molecular clouds, astronomers have observed not just H2O, but 200 different molecules — including H2, carbon dioxide and ammonia — existing either as gases or in ice that coats dust grains. These molecules can interact to produce complex organic compounds, which could generate DNA, RNA and amino acids. Such biomolecules or their precursors could have ridden to Earth on comets or asteroids to seed life on our planet — and possibly elsewhere.

A vacuum chamber at NASA’s Ames Research Center exposes ices found on meteors to space-like conditions. The radiation and harsh temperatures broke down pyrimidine in the ice and formed new compounds related to life, such as uracil and cytosine. (Credit: NASA)

Scientists at the NASA Ames Research Center went even further in 2015 when they exposed the organic molecule pyrimidine, found in meteorites, to interstellar conditions. Frozen in ice under ultraviolet radiation, high vacuum and low temperature, the pyrimidine turned into uracil, cytosine and thymine, major components of earthly DNA and RNA.

While we have not yet found complete biomolecules or their forerunners in molecular clouds, these are promising results. We may soon find that life’s true cradle may be the cold and seemingly hostile environment of interstellar ice.