There have been five mass extinctions in our planet's history. The sixth will be more of a slow burn, and unlike the ones before it, humanity is to blame. 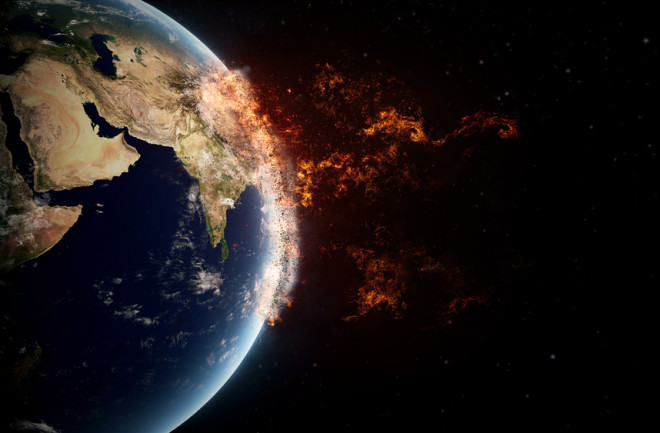 Rhinos, elephants, whales and sharks — the list of endangered species is long and depressing. But it’s not just these big, beautiful, familiar animals at risk. Earth is hemorrhaging species, from mammals to fish and insects. The loss of biodiversity we’re facing right now is staggering, thanks to habitat loss, pollution, climate change and other calamities.

There have been five mass extinctions in the history of planet Earth. We’re on the threshold of a sixth. But extinction events don’t happen overnight. They unfold over millions of years. For humans that live maybe 80 or 90-some years, that’s very hard to wrap our minds around.

To get an idea of how to think about the sixth mass extinction, I spoke to people who’ve intensively studied the first five: paleontologists. I asked them what they’d like the rest of us to know. And I asked them what, in these scary times, gives them hope.

These conversations were difficult. I heard phrases like “dead species walking” and “slow, creeping despair.” But I also heard notes of hope, too.

It's Worse Than It Looks

One reason we don’t always appreciate the gravity of the problem is that we can’t really see it happening. We might read alarming numbers in scientific journals, watch heartbreaking documentaries, and catch news coverage of monster hurricanes and dislodged ice sheets linked to climate change. But biodiversity loss happens quietly in the background of our lives.

Precisely because extinction is long and slow, the effects of the harm we’re doing now will be felt for a long time to come. Jill Leonard-Pingel is a paleoecologist at The Ohio State University and the assistant director of the Orton Geological Museum there. She describes something called extinction debt. This refers to the delay between the damage and the eventual extinction of a species. “If we don’t see the total extinction of a group of animals in our lifetimes, or even a couple of generations, it doesn’t mean that they aren’t fated for extinction,” she says. In other words, we’ve already killed some of the species that appear on T-shirts urging people to save them.

However, the damage won’t always be in the background. Nizar Ibrahim is a paleontologist at the University of Detroit Mercy and a National Geographic explorer. “There will be a point in the not too distant future when we suddenly see and feel this mass extinction all around us very clearly,” Ibrahim says. Ellen Currano, a paleobotanist at the University of Wyoming, points out that this extinction is not like the one that occurred when an asteroid hit Earth 35 million years ago, releasing tremendous energy and igniting global wildfires. “This is a lot slower than that, on the scale of human lifetimes,” she says.

Earth will recover, of course — life is tough. “A key point of extinction crises is that life has always recovered and doubtless will recover whatever we do to the planet," says Michael Benton, a paleontologist at the University of Bristol in the U.K. "However, the recovery can take hundreds of thousands of years, and we most likely won’t be there to see it."

So that’s the bad news. But it’s not all bad news.

It’s Not (Quite) Too Late

Science writer David Quammen once wrote, “Hope is a duty from which paleontologists are exempt.” And of course, paleontologists do see the big picture of how life comes and goes on the planet. As scientists, they are trained to look unflinchingly at facts and not let what they want to see influence what they do see.

But they are also human; and humans would have long since joined the ranks of the extinct if we didn’t have a knack for finding hope, for seeing a way out of disaster. So what gives these scientists hope? Mostly young people, it turns out.

Currano is inspired by the local high schoolers she works with. “We hear all the time about Greta Thunberg — and she is unbelievable — but there are a lot of young people closer to home who are making their contributions.”

Leonard-Pingel points to the work of a new generation of scientists, working in the new field of conservation paleobiology that uses the tools developed by geologists and paleontologists to address environmental change and add context for today’s extinctions. She’s also encouraged by the new generation of environmentalists and activists. “There are things we can do,” she says. “As we use multiple avenues and develop new science, there are ways that we can preserve some habitats and some ecosystems. I don’t think we are fated at this point for this mass extinction. If we begin to take action soon.”

Benton is perhaps the most optimistic of all. “I guess reasons for some hope are that the framework within which governments should act has been set out [in the Paris Agreement],” he says. “Popular pressure will force politicians eventually to do the right thing.” But that, of course, will take a huge amount of pressure, and the young seem to be leading that battle, too.

“If we address all of these issues — and there are many fires we have to extinguish — there is some ground for cautious optimism,” Ibrahim says. But there is no time to lose.