A new study suggests that the animals fail to favor people who share food over people who don’t. 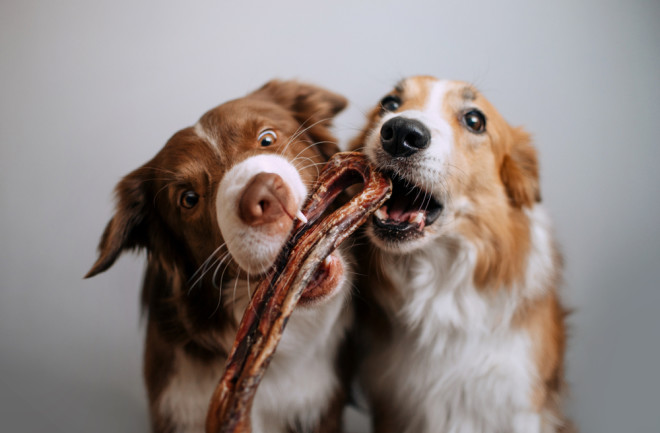 You’ve probably come across the theory that canines can sniff out people’s personalities. But a new study in PLOS ONE, finds that both dogs and wolves do not assess individual people as “generous” or “selfish” in their direct and indirect interactions with those individuals. Positioned to inspire new ideas about the ways that dogs and wolves interact with others, the findings could improve our understandings of our furry friends.

Scientists tend to agree that an animal’s ability to form its own assessments of others contributes to its capacity for cooperation. In fact, some scientists actually suggest that canines, thanks to their clear ability to cooperate with humans, must measure individual people not only through their direct interactions with those individuals, but also their indirect observations of those individuals.

All that said, the research on these abilities remains shaky. To add to the confusion, scientists still struggle with whether these talents for forming assessments, if real, originated in dogs or in wolves prior to the domestication process.

A team of researchers worked with six dogs and nine wolves in this new study. They had the animals interact with and observe both “generous” and “selfish” humans, and then they tested whether the animals formed assessments after the fact based on their willingness to approach the individuals. The results revealed that both the dogs and the wolves failed to distinguish between humans who were sharing and humans who were stingy.

The test occurred in two separate phases. One phase determined whether the canines developed the appropriate assessments after directly interacting with a “generous” human, who offered food, and a “selfish” human, who withheld food. The other phase determined whether the canines developed similar assessments after indirectly observing interactions between a “generous” human, a “selfish” human and another animal.

After these phases, the team conducted a statistical analysis of the canines’ tendency to approach the “generous” and the “selfish” individuals. “Neither dogs nor wolves distinguished between a generous or selfish human after indirect or direct experience,” the study authors say in a press release.

That said, three of the dogs and two of the wolves did show some signs of favoritism after the combination of both phases. “Some dogs and wolves did prefer the generous person when looking at indirect and direct experiences combined,” the study authors add in a press release.

Ultimately, the team of researchers say that further investigation is necessary for fully understanding canines’ assessments of individuals. In fact, they theorize that both dogs and wolves may be more inclined to distinguish between individuals during stressful situations. But they admit that this theory would be difficult to test due to concerns for the animals’ welfare.