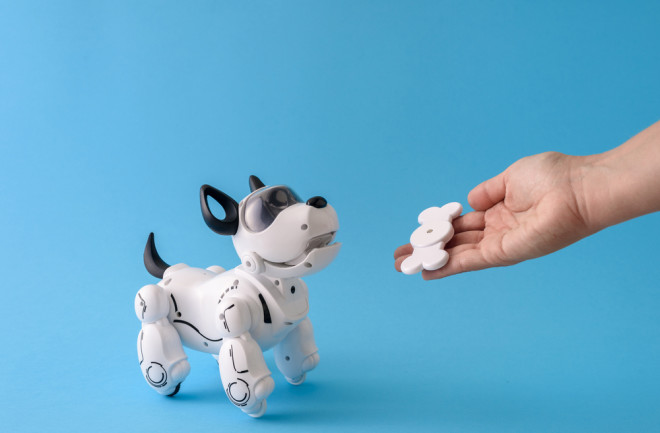 While we’re still far from interacting with robots regularly in our social spaces, robotics research is inching us closer and closer to that reality. We are constantly coming up with new ways to make machines more applicable and approachable.

Researchers identified seven specific attributes and behaviors (including our furry friends’ affinity for play and for invading our space). And their results could strengthen our relationships to robots someday in the future.

According to roboticists, social robots are machines that act as "peers or companions," interacting with people and responding to their actions according to the appropriate societal standards. These abilities, researchers say, make social robots an apt tool for assuaging feelings of isolation and loneliness and for providing people with a sense of comfort and companionship.

More About Social Isolation and Loneliness:

The only problem is that making machines that appear and act like people is tough to accomplish. Robots can then elevate our expectations to such extreme levels that they're ultimately less likely to satisfy our social needs.

To solve the issue, more and more roboticists have turned to animals as an alternative reference for the form and the function of their machines. In fact, thanks to the perceived strength of the bond between dog owners and their dogs, many robotics researchers are consulting our canine companions for clues for making their social robots much more social.

For this study, researchers surveyed over 150 dog owners about the traits and behaviors that they perceived as particularly important to their bond with their dog. After analyzing the results, they identified seven separate categories of attributes and activities that could one day be applied to robots.

Their analysis states that shared activities, communication, proximity, positivity, predictability, attunement and physical affection all played a substantial part in people's perceived closeness to their pet. Of all seven categories, dog owners invoked their and their dog's mutual interest in shared activities (such as play or training) most, at around 65 percent of the time.

According to the researchers, dog-inspired machines made with these traits and behaviors in mind could provide people with the same sense of fulfillment and affection as a pet someday in the future, but must first be preceded by the intensive processes of development and testing.

"Using a qualitative approach enabled us to gain a deep and nuanced understanding of the things people find so endearing about our canine companions," the researchers conclude, according to a press release. "While it won’t be easy to model most of these behaviors on robots, this work offers new and exciting insights for those working to develop pet-like technologies."