The asteroid impact that killed off the dinosaurs gave birth to our planet's tropical rainforests, research suggests. 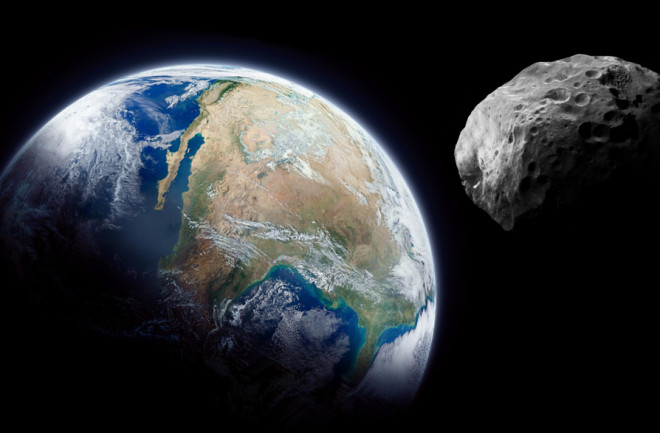 It began with an Earth-shattering bang, and when the dust had settled, the dinosaurs were dead. In fact, 75 percent of all life went extinct. Many of the organisms that did survive the initial impact of the Chicxulub asteroid died out in the following decades as our environment and climate underwent a series of extreme changes.

The globe would never be the same again. Gone were the giant dinosaurs and large marine reptiles, as well as a great number of other vertebrates.

But even plant life was profoundly impacted — figuratively as well as literally. The 10-mile wide Chicxulub asteroid hit ground just north of the Yucatan Peninsula about 66 million years ago. The impact and resulting changes to climate had massive effects on our forests, especially in the Americas closest to the disaster. Research shows that the Amazon and other neotropical rainforests were essentially shaped by changes that occurred after the impact.

“The forest as we know it today, as it functions today, really began after the extinction reset the whole ecosystem and allowed flowering plants to take over,” says Monica Carvalho, a botanist and paleobiologist at the Smithsonian Tropical Research Institute and the lead author of the study published recently in Science.

Carvalho says that little knowledge previously examined the effect Chicxulub had on plant life. She and her colleagues examined more than 50,000 pollen samples and more than 6,000 fossil leaves discovered from about 40 sites across Colombia. These fossil plant remains date from roughly 72 million years ago to 57 million years ago, providing a picture of what life was like before the impact and after the dust settled.

Forests used to look a lot different in the Cretaceous Period. Dinosaurs would have roamed through ecosystems that were a mixture of ferns, conifers like the curious-looking monkey puzzle tree and others. Only about half of the flora was constituted of flowering plants.

Fossil evidence shows that the forests were relatively open back then, with a lot of light likely reaching the forest floor. “Trees were actually growing really far apart,” Carvalho says.

It’s unclear what happened immediately after Chicxulub. Photosynthesis would have largely shut down for up to a century or so as dust from the initial impact blocked sunlight. Ash from the numerous fires triggered by flaming debris also helped to clog up the atmosphere.

“Whatever was able to survive were seeds that would have been a lot more resistant,” Cavalho says.

Overall, there was a 45 percent loss in tropical plant diversity that took nearly 7 million years to recover, her research shows.

Rise of the Flower Age

Once life began to recover, the plants that evolved in neotropical rainforests, or the rainforests of the Americas, were almost overwhelmingly flowering plants. These types of plants include most deciduous trees – those that lose their leaves at the end of a growing season.

“[Neotropical forests] not only became dominated by flowering plants, but they changed in structure,” Carvalho says. Forests like the Amazon became the denser, more impenetrable thickets that we know today, with closed canopies and relatively dark floors.

The rise of flowering plants also had a number of consequences on the rest of the ecosystem. Before Chicxulub, insects appeared to be very targeted in their tastes, with communities focusing on one or two types of plants. But evidence found on fossil leaves show that insects afterwards were much more generalized, eating anything they could.

Flowering plants also had more interaction with other aspects of the ecosystem. The large quantity of fruit some produce may have helped the diversification of rising new species families like mammals. Legumes of the honey locust family also become very abundant, which would have had consequences for the nitrogen content of the air. Symbiotic bacteria that live in the roots of honey locust plants remove nitrogen from the air and feed it to the plants, Carvalho says.

The forests that followed the impact also cycled water more quickly, absorbing it and releasing it back into the atmosphere. This function is fundamental to the way neotropical rainforests work today, as released water forms denser cloud covers. In a sense, it means that forests turned to rainforests after the widespread extinction.

Older research also reveals the proportion of flowering plants increased in other parts of the Americas. A study conducted on a fossil leaf site in Castle Rock, Colorado dating about 1.4 million years after the extinction event shows that the climate and landscape features around helped contribute to the rise of a tropical rainforest there. “The presence of a high-diversity tropical rainforest is unexpected, because other Paleocene floras are species-poor, a feature generally attributed to the Cretaceous-Tertiary (K-T) extinction,” the authors of that study write.

Carvalho says that this area of Colorado was only tropical in the sense of its climate rather than latitude, unlike the neotropical rainforests she studies. But that research also shows a flowering plant-dominated landscape took over from a conifer-dominated one.

The researchers have three theories about why changes to rainforests might have occurred.

One involves the impact of the dinosaurs on plant life. Similar to the effect elephants and rhinos have on African savannas today, larger dinosaurs may have trampled or knocked down many budding trees. “They could have maintained an open canopy before the impact,” Carvalho says. Once the dinos were dead and gone, the forest was freer to grow.

“During mass extinctions, biological groups (genera, families, etc.) that have a narrow ecological range are more likely to become extinct,” Carvalho said in a follow up email.

Finally, the initial blast and the resulting tsunami may have had a fertilizing effect. While the Chicxulub asteroid itself would have vaporized on impact, rocks were blasted through the air, covering the entire planet. Since it landed in a shallow marine environment just off the coast of the Yucatan Peninsula, this sediment would have been rich in fertilizing phosphates. Projectiles from the blast and sediment in the tsunami would have spread widely. Today we know that flowering plants thrive in nutrient-rich environments while conifers and ferns do better in low nutrient soils.

Carvalho believes that the Chicxulub impact could be seen as an analogue to the widespread extinctions occurring today due to climate change, development and other human activity. Some 50% of tropical plant species are projected to be endangered by the end of the century, she said. After great Chicxulub extinction at the end of the Cretaceous, it took 7 million years for this type of diversity loss to recover.

“That’s something we can learn from the fossil record that we can take into account today.